Vatican: Catholics Must Know How Peter’s Pence is Spent 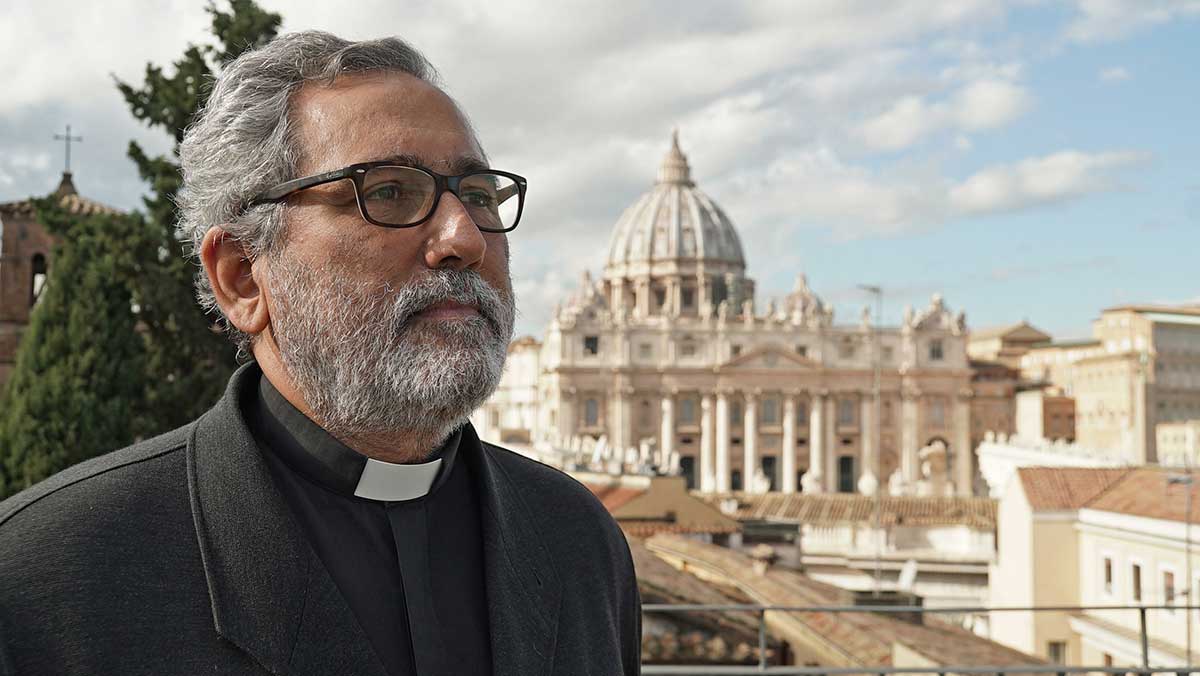 Jesuit Father Juan Antonio Guerrero Alves, prefect of the Secretariat for the Economy, is pictured near the Vatican in an undated photo. In an interview with Vatican News, Father Guerrero said transparency efforts with regard to the annual Peter’s Pence collection should ease Catholics’ concerns after recent allegations of financial mismanagement. (CNS photo/courtesy Society of Jesus)

By Junno Arocho Esteves – The head of the Vatican Secretariat for the Economy said he hopes efforts at financial transparency and reform will foster Catholics’ trust ahead of the annual Peter’s Pence collection.

In an interview with Vatican News on June 25, Jesuit Father Juan Antonio Guerrero Alves, prefect of the Secretariat for the Economy, said Catholics “have the right to know how we spend the money given to us.”

Peter’s Pence is a papal fund used for charity, but also to support the running of the Roman Curia and Vatican embassies around the world. The collection for the fund occurs each year around June 29, the feast of Ss Peter and Paul.

However, several reports in recent years have alleged that only a small portion of the money received annually was used for charity while the majority of the contributions were used to fill the gap in the Vatican’s administrative budget.

More recently, in September, questions arose as to whether funds from the Peter’s Pence collection were used to finance the Vatican Secretariat of State’s purchase of a majority stake in a property in London’s Chelsea district, a purchase which incurred major debts.

Cardinal Angelo Becciu, the former prefect of the Congregation for Saints’ Causes who was asked by Pope Francis to resign amid an investigation into alleged financial mismanagement, denied that Peter’s Pence funds were used to purchase the London property; the money, he said, came from a fund within the Secretariat of State.

However, when asked by a journalist on Sept 25 if the money in the Secretariat of State fund came from Peter’s Pence, Cardinal Becciu said, “Yes.”

Father Guerrero, who was appointed to lead the Secretariat for the Economy in 2020, called the London deal “a painful history” and said that while it was common to gain or lose from an investment, “there were irregularities; we must understand them and punish those responsible.”

Nevertheless, Father Guerrero told Vatican News that complications arising from the London deal have led the Vatican “to embark on a path of transparency, which includes the clarification of unclear” situations.

“What can be said in the meantime is that the devaluation and losses regarding the building in London did not weigh on the Peter’s Pence fund but on other funds held by the Secretariat of State. I believe this was done out of respect for the donations of the faithful,” he said. “This was decided when the amount of each fund’s coverage of the losses was made.”

As of June 20, he said, the Peter’s Pence fund had received 21 million euros (R357 million) in donations since the beginning of the year. Of those donations, 8 million euros (R134 million) have been donated “to evangelisation or social projects to support churches in need, primarily in countries in Africa, Asia and Latin America.”

Father Guerrero said it also is important to understand that the pope’s “mission of unity in charity” includes the work of the offices of the Roman Curia and nunciatures around the world, which also are supported by Peter’s Pence.

“Let us recall the service of unity in faith of the liturgy, the church’s tribunals, the pope’s communications, the care of the patrimony received throughout two centuries in the library or the archives where documents important to the history of humanity are kept,” he said.

“These services given to the universal church have no income and are financed partially with the Peter’s Pence collection,” Father Guerrero added.

A portion of the donations also is set aside for investment and savings, he said. “When significant, extraordinary donations come in – for example, a large bequest for the pope’s mission – it does not seem prudent to spend it immediately.”

“Saving in the years when you need it least, for when you need it most, is something sensible and prudent,” the Jesuit said. “Of course, these savings must be administered with care, according to the principles of the church’s social doctrine, with the prudence of a good father of a family, and with the knowledge that what we receive each year does not cover all the expenses of the mission.”