German bishop: Floods’ damage to souls might be worse than property issues 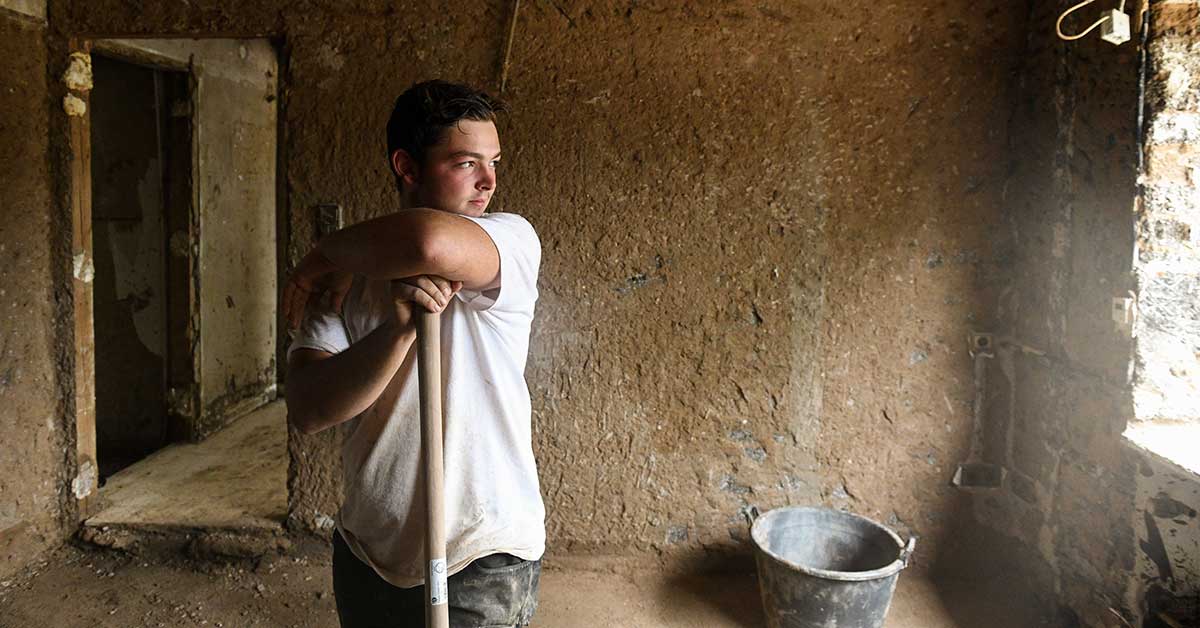 A young man stands in his aunt’s empty house in Ahrweiler, Germany, on July 24, 2021, following historic flooding. Dealing with the aftermath of the floods will be a long-haul effort for people, said Bishop Stephan Ackermann of Trier, whose diocese was one of the worst-hit regions. (CNS photo/Harald Oppitz, KNA)

Dealing with the aftermath of the recent floods in parts of Germany will be a long-haul effort for people, said Bishop Stephan Ackermann of Trier, whose diocese was one of the worst-hit regions.

The German Catholic news agency KNA reported that in a July 30 letter to Christians in the diocese, Bishop Ackermann said it would take a long time to clear up the damage and rebuild the local infrastructure. But patience will be needed “perhaps even more for the internal injuries and burdens which the disaster inflicted on souls and which perhaps are not yet externally visible,” he added.

Bishop Ackermann stressed that in addition to providing direct help, the task for the church was to “create spaces and opportunities that give room to what was experienced and suffered, so that it can be put into words of grief and lament, of questions and gratitude,” KNA reported.

He said it was necessary to discuss possible lessons to be drawn from the disaster, but “whether one was directly or indirectly affected by what happened, it will also require time to address the events internally.”

Germany’s churches plan to hold an ecumenical service in Aachen cathedral on Aug. 28 to commemorate the at least 160 victims of the flooding in the country, announced the German bishops’ conference and the Protestant Church in Germany.

Bishop Georg Bätzing, president of the German bishops’ conference, and Bishop Heinrich Bedford-Strohm, head of the Protestant council, will lead the service. Representatives of other religions, relatives of the victims, helpers, emergency pastoral workers and political leaders, along with representatives from neighbouring countries hit by the flooding are expected to attend.

In their joint statement, Bishops Bätzing and Bedford-Strohm said: “The flood catastrophe wiped out human lives and destroyed livelihoods. The many dead, those mourning and all who now are standing before the ruins of their livelihoods should not be forgotten. In the church service, we want to bring them before God and ask his support and comfort.”

Aachen, near Germany’s western border with the Netherlands, was chosen as the venue because of its central location in Europe.

“We wish thereby to recall that our neighbours in the Netherlands, Belgium and Luxembourg were, and are, also affected by the flood catastrophe,” the joint statement said. “We are overwhelmed by the help and solidarity that citizens in Germany as well as from abroad are bringing to the people in the flood areas. “