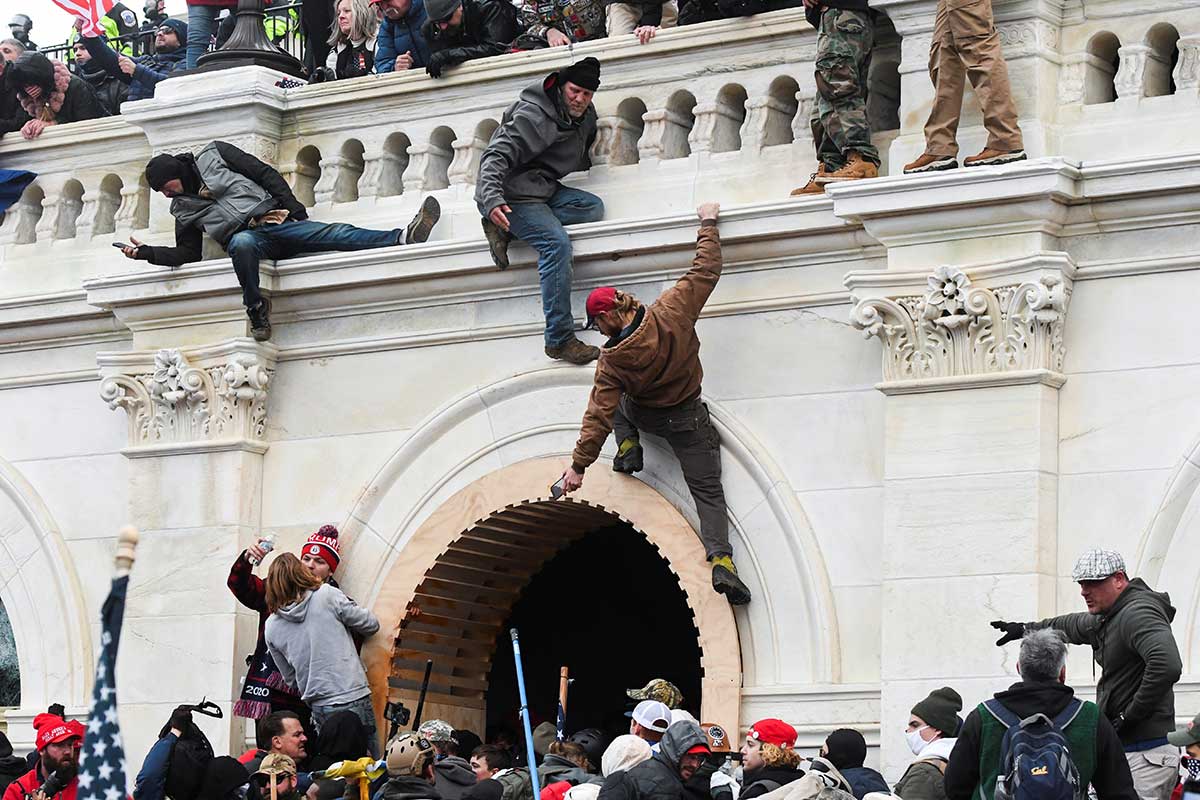 Prayer Intention: We pray that, in social, economic and political situations of conflict, we may be courageous and passionate architects of dialogue and friendship

Winston Churchill famously quipped in 1954: “Meeting jaw to jaw is better than war.” If anyone, Churchill knew what he was talking about, having experienced the horrors of war as a soldier and as a politician.

Societies that are blessed with long periods of peace tend to forget those horrors and can carelessly fall into patterns of hostile, partisan behaviour which create the conditions for a return to the horrors of war. When we despise dialogue, we flirt with violence.

This is what happened towards the end of US President Donald Trump’s term of office. His brash and polarising style of leadership, in which he belittled and threatened opponents, encouraged the violent elements which made up the mob which invaded the Capitol in Washington, DC, on January 6.

But this event was not only of Trump’s making. The event was the result of the tenor of US politics for some time. Egged on by journalists of the “shock jock” persuasion (such as the late Rush Limbaugh), many politicians have abandoned the bipartisan approach involving dialogue and compromise for an attitude which views political opponents as enemies to be labelled, wounded, defeated and then crushed.

This had begun during the Obama presidency when his efforts to work with his Republican opponents were systematically rebuffed. The stated aim of Republican Senate leader Mitch McConnell was to make Barack Obama a one-term president. This aim failed, but when Trump came to power in 2017, one of his principal political aims was to expunge his predecessor’s legacy, undoing anything that Obama had achieved, in particular his widening of social healthcare. Obama’s critics, with the help of their media allies, even managed to make the word “Obamacare” a kind of political pejorative.

And this is another aspect of this pernicious tendency — the inability to admit that your opponent is capable of doing anything good or of having any goodwill or good intentions. The logic is as unfeeling as it is flawed: my political opponent is bad by definition and by definition nothing good can come from a bad person, therefore anything that the person has done must be undone.

All of us, no matter how fortunate in life, have our disappointments and resentments, and we naturally seek some culprit. Politicians and media outlets that nurture those resentments and who point to a culprit — such as a foreigner or a supporter of another party — act with an incredible lack of responsibility.

Is this negative spirit having a particularly bad effect on the world at the moment? This is hard to judge, but there are some who think that the politics of some English-speaking nations especially are struggling with it. Some blame the two-party system and think that multi-party proportional representation, common in continental Europe, could force politicians in the English-speaking world to dialogue and compromise more. Others also blame the coarsening of discourse enabled by the anonymity of the Internet.

Some commentators on the Catholic Church in the United States think that the divisiveness of politics has infected the Church to the extent that there may be a de facto schism occurring. It is a sobering thought that we who proclaim to be the Body of Christ are being dismembered by ideology and political partisanship. Uncomfortable memories surface here for South Africans of how politics sundered Christians from one another during the time of apartheid.

All these events remind us painfully of our human condition and the need for humility. But they also remind us, as Pope Francis’ intention says, of the need to “be courageous and passionate architects of dialogue and friendship”. It’s a remarkably radical call: to be friends with my opponent and with those with whom I disagree. In other words, it is a way of loving my enemies.