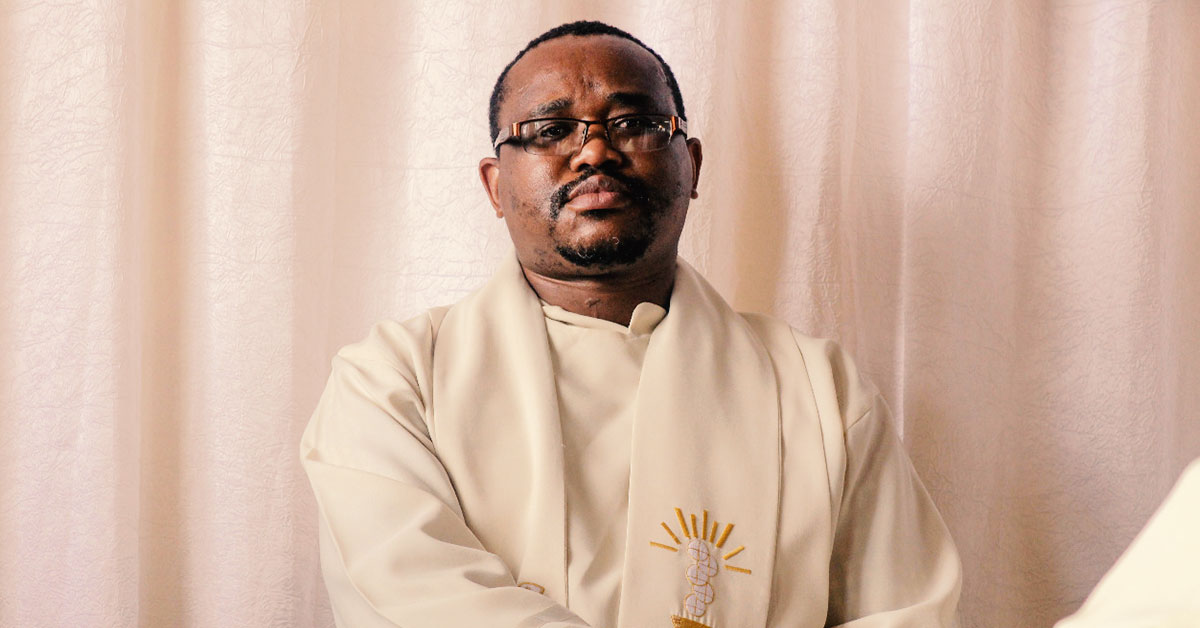 By Selby Makgotho – The news of the death of Fr Matsobane Sehlapelo of Modjadjiskloof parish in Tzaneen, in a car accident on August 1, sent shockwaves through the Catholic community in Limpopo and beyond.

Fr Tsubi, as he was affectionately known, was a larger-than-life person. True to his calling he was always available to assist families, especially in his communities of Vaalkop and Doornspruit, where his passion for the priesthood was discovered soon after matriculating at Pax College at GaMashashane in 2004.

His love for the priesthood was largely inspired by his Catholic family and specifically his late grandfather, Deacon Christopher Sehlapelo, who served at Doornspruit parish for more than 40 years. Fr Tsubi had a deep interest and love for reading. My last interaction with him was a fortnight ago when he asked me to get him two copies of books by Adv Thembeka Ngcukaitobi SC and Themba Maseko in Johannesburg.

Soon after his priestly ordination, Fr Tsubi was assigned to Modjadjiskloof parish. It was there that his spark grew even brighter. He is largely credited with the introduction of the Knights of Da Gama in Tzaneen diocese. He further went around the diocese recruiting Catholic men into the order and took part in its activities in both Polokwane and Tzaneen. The news of his passing was received with shock and disbelief as he had big plans for the Catholic Church ahead of him.

Born on May 15, 1985, in Doornspruit’s St Joseph Hospital, Fr Sehlapelo was the third child and second son of  Motshilo Evelyn Sehlapelo (née Mokwatlo) and Nape David Sehlapelo. His father died in January this year.

Matsobane Sehlapelo started schooling at Paxanyana Pre- and Primary School, and later Pax High School where he matriculated in 2004. After matric, he joined the seminary under the tutelage of the late Bishop Mogale Paul Nkhumishe of Polokwane. He graduated from St John Vianney Seminary in October 2014 with a bachelor’s degree in Theology.

He moved to the diocese of Tzaneen following an induced sabbatical and was ushered into his diaconate on December 20, 2015. He was ordained a priest by Bishop João Noé Rodrigues of Tzaneen on December 21, 2017. He served the Catholic Church with great passion until he met his untimely death on August 1.

He will be dearly missed by his family and the Church at large, and will forever be remembered for his unwavering faith.

The funeral of Fr Tsubi will take place on Saturday, August 7 at Ave Pastoral Centre in Modjadjiskloof.