Not me: The moral dilemma of seeking vaccine exemptions 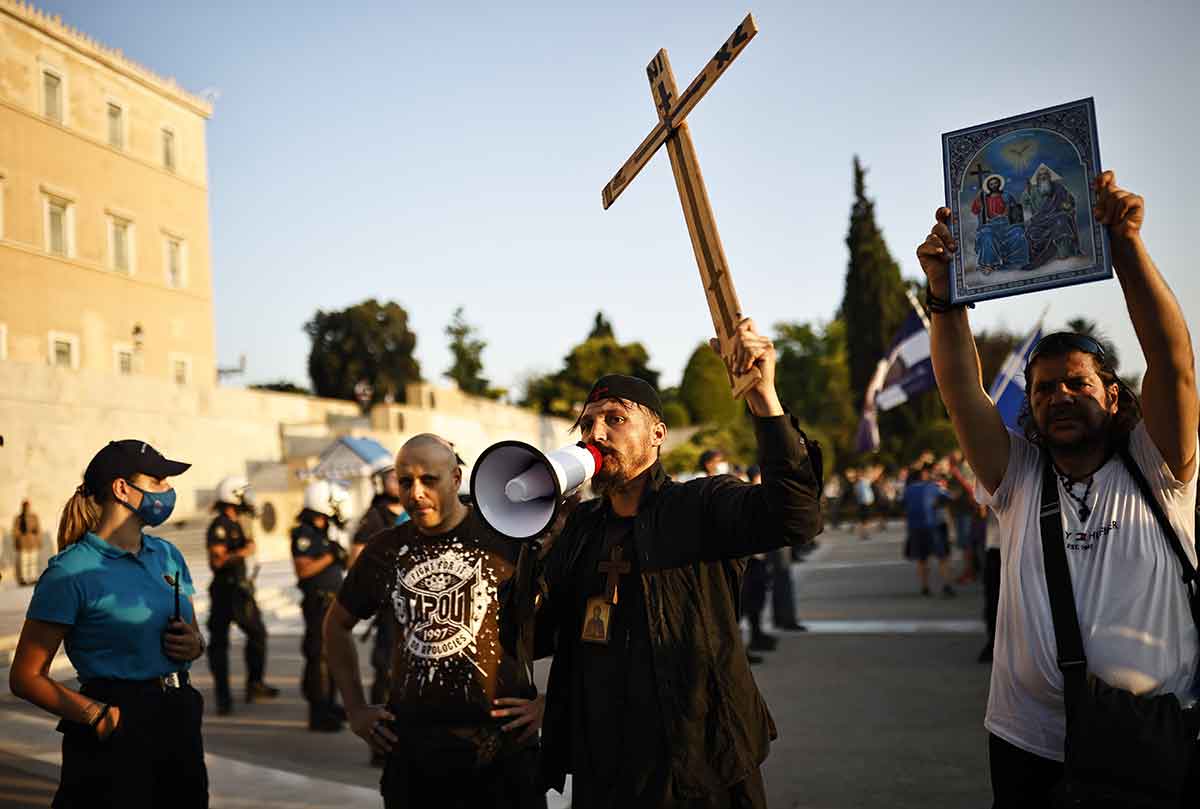 By Carol Glatz – Getting vaccinated is “an act of love,” Pope Francis said in his latest urgent appeal, after more than a year of insisting Covid-19 vaccines be equitably available worldwide for everyone to get inoculated.

Nonetheless, some Catholics have been wondering if they should seek a religious exemption from an immunisation requirement with vaccines tested or produced with cell lines originally derived from aborted fetuses more than 50 years ago.

Individuals are free to make a decision on getting the vaccine. Some, like the Archdiocese of New York, have said for Catholics, refusing the vaccine would be based on a personal belief, not Catholic teaching, as the Vatican and pope have made it clear some vaccines for Covid-19 are permissible and it’s a moral duty to get vaccinated.

Because there has been “overwhelming consensus within the Catholic magisterium” for years on the permissibility of using such vaccines in the absence of alternatives, “to counsel people that it is legitimate to refuse the vaccines on religious grounds – and, in fact, to facilitate it – is to actively assist people in mal-forming their consciences,” said  Therese Lysaught, a corresponding member of the Pontifical Academy for Life.

“In fact, in actively assisting people to put the lives of others at risk, such advocates assist them in being indifferent to and even assisting them in doing evil. This sins against charity. This is the Catholic definition of scandal,” said the professor at the Neiswanger Institute for Bioethics and Healthcare Leadership of the Stritch School of Medicine at Loyola University in Chicago.

She and other experts in bioethics or moral theology responded by email on August 19 to a series of questions by Catholic News Service.

Vaccinations, like all medical interventions, are voluntary – a right that is upheld by the church and democratic societies.

However, Lysaught said vaccinations are also “morally obligatory” when they are seen as an “ordinary means” of protecting human life.

According to the Ethical and Religious Directives for Catholic Health Care Services, “An ordinary or proportionate means is one that offers a reasonable hope of benefit and does not entail an excessive burden or impose excessive expense on the family or community,” she said, saying that Covid-19 vaccines meet those requirements.

Lysaught said: “Vaccines are clearly ‘ordinary means,’ and ordinary means are morally obligatory” – assuming, there are no associated medical or health risks for that individual. Catholic tradition teaches that “voluntarily protecting our own life and health and the life and health of others is an overriding theological and moral commitment,” she said.

Many organisations and places of work or study have requirements that people are asked to voluntarily comply with, and if people don’t, “then they must be willing to bear the costs of their conscience. That’s how conscientious objection works,” she said.

In the case of vaccine refusal, the doctrinal congregation said in its 2020 note on the morality of using some anti-Covid-19 vaccines that people “must do their utmost to avoid, by other prophylactic means and appropriate behaviour, becoming vehicles for the transmission of the infectious agent.”

That’s because, while people have to be willing to bear the consequences of their objection, they cannot impose those consequences on others, Lysaught said.

“This is a crucial – and unacceptable – moral difference from a Catholic perspective. We are allowed to accept martyrdom for ourselves, if God so calls us; we are not allowed to martyr others,” she said. If people’s objection to vaccination “helps impede the achievement of herd immunity and helps to fuel the development of new variants, many others will bear the costs of their exemption as well.”

Stefano Semplici, another corresponding member of the Pontifical Academy for Life, said many of the reasons for vaccine refusal and hesitation “are in many cases the same as those put forward regardless of religious grounds,” that is, they have little to do with a religion’s teachings.

Reasons more often reflect: concerns about a vaccine’s risks, which may be “magnified by the circulation of often-misleading news and information; an underestimation of those (risks) related to the disease, especially among young people; the idea of self-determination as inviolable when considering a health treatment; and the difficulty of communication between the scientific community and public opinion,” said Semplici, a professor of social ethics and bioethics at Rome’s Tor Vergata University.

This almost sacred sense of “self-determination” can be seen in the recent “My Body. My Choice” signs, protesting against mask mandates and vaccination requirements.

Vaccines, however, are “a fundamental question of public health,” Semplici said, and limits on personal freedom have to be considered when they affect the welfare of others.

A democratic government allows exemptions to particular mandates out of respect for people’s sincerely held beliefs and personal limitations or health risks.

So it is important people not be misled and become “sincerely convinced that the vaccines are somehow ‘morally tainted’ and that being vaccinated will somehow involve them in the evil of abortion,” Lysaught said.

She said if too many people refuse to be vaccinated, “more people will get sick and die, especially the poor, the ill, the incarcerated, the elderly, pregnant women,” essentially, “throwaway people,” who are sacrificed not only to economics “but to the theoretical moral purity of pro-life individual consciences.”

When there is no regard to how many people might be harmed or die “for their ‘choice,’ she said, “it is, ironically, a ‘morality that kills.'”