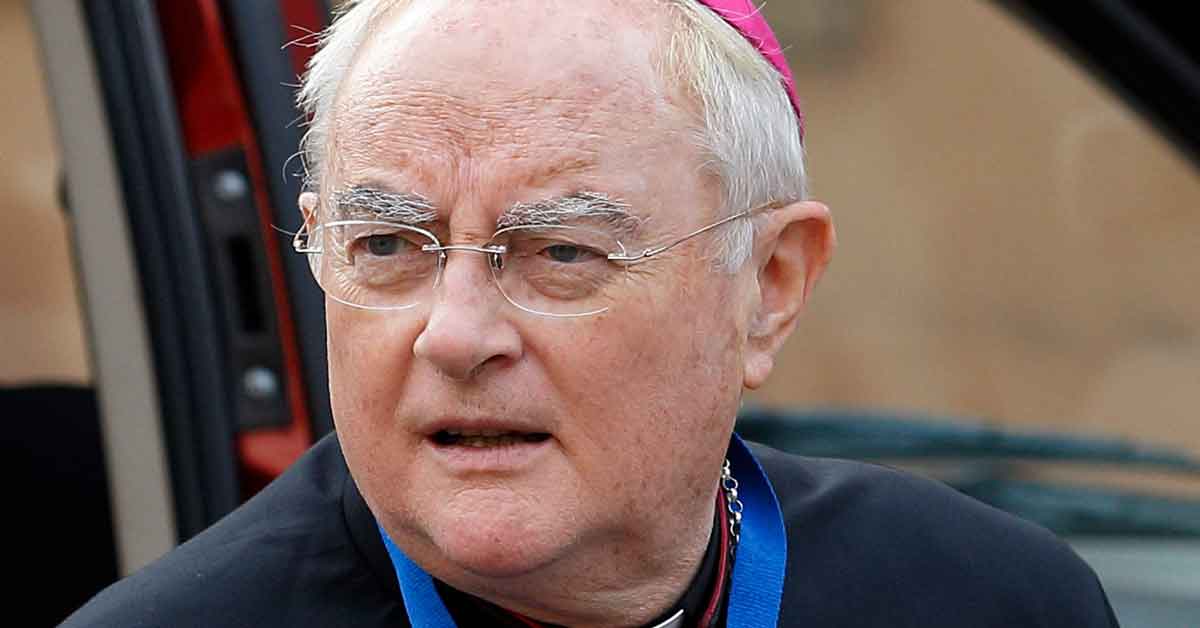 Polish Archbishop Henryk Hoser, a former Vatican envoy who helped rebuild the church in post-genocide Rwanda and promoted the Medjugorje shrine as a papal representative, died at age 78 on August 13, 2021, after contracting Covid-19.  (CNS photo/Paul Haring)

By Jonathan Luxmore – Many Polish Catholics are mourning the death of Archbishop Henryk Hoser, a former Vatican envoy who helped rebuild the church in post-genocide Rwanda and later represented the pope at the Marian shrine in Medjugorje, Bosnia-Herzegovina.

The archbishop, who headed Poland’s Warsaw-Praga Diocese from 2008 to 2017, died of Covid-19 on August 13. He was 78. He was to be buried in the crypt of Warsaw’s Cathedral of St Michael the Archangel and St Florian after an August 20 funeral Mass.

“His exceptional medical and spiritual preparation meant he always stood in defence of life, living out and proclaiming the church’s teaching,” said Archbishop Tadeusz Wojda of Gdansk. “With a deep grasp of human nature, he combined these two fields as doctor and priest, showing contemporaries the path they should take.”

Marcin Przeciszewski, director of the Warsaw-based Catholic Information Agency, KAI, described Archbishop Hoser as a man of “extraordinary personal charm.” He also called him a “wise, righteous man, with “a deep spirituality open to dialogue.”

“Since he also appreciated the views of laypeople, each meeting with him left a strong impression,” Przeciszewski said.

He said Archbishop Hoser had played a key role in defining the Polish church’s position on legal and ethical issues around abortion, euthanasia, genome research and gender ideology, as well as in expanding its health chaplancies and media network and organising large pastoral events.

Archbishop Hoser was born in November 1942 in Warsaw; his father was shot during the 1944 anti-Nazi Warsaw Uprising. Archbishop Hoser graduated from the Warsaw Medical Academy in 1966 and joined the Pallotine order two years later, becoming a priest in June 1974.

Having studied local languages and tropical medicine in Paris, he began working as a missionary and pastor in 1975 in Rwanda, where he created and directed centres for medical work and natural family planning, while heading the local church’s health department and working with AIDS patients.

He was in Jerusalem and Warsaw during the 1994 Rwandan genocide, but returned to Rwanda for two years as apostolic visitor. He reorganised the local church and nominated new bishops for four of its nine dioceses.

From 1996 to 2004, he served in France and Belgium as a Pallotine superior, ministering to European Union staffers and undertaking seminary visitations on behalf of the Vatican.

In 2005, he was given the personal title of archbishop and began working at the Vatican, before being appointed bishop of Warsaw-Praga in 2008. He led the see for nine years while heading the Polish bishops’ expert team on bioethics and participating in the 2009 Synod of Bishops for Africa.

In 2017, Pope Francis made the newly retired Archbishop Hoser special Holy See envoy to Medjugorje, raising him in May 2018 to resident apostolic visitor. During his time there, the archbishop defended the site’s Marian apparitions, developed its pilgrim infrastructure, and, in May 2019, secured the lifting of a church ban on organised pilgrimages.

In his last interview with KAI, June 24, Archbishop Hoser praised Medjugorje for its encouragement of “prayer, silence, recollection, Eucharist, adoration, fasting and the sacrament of reconciliation,” and predicted the hilltop sanctuary would instil new spiritual energy in countries where church activities were “flattened and superficial.”