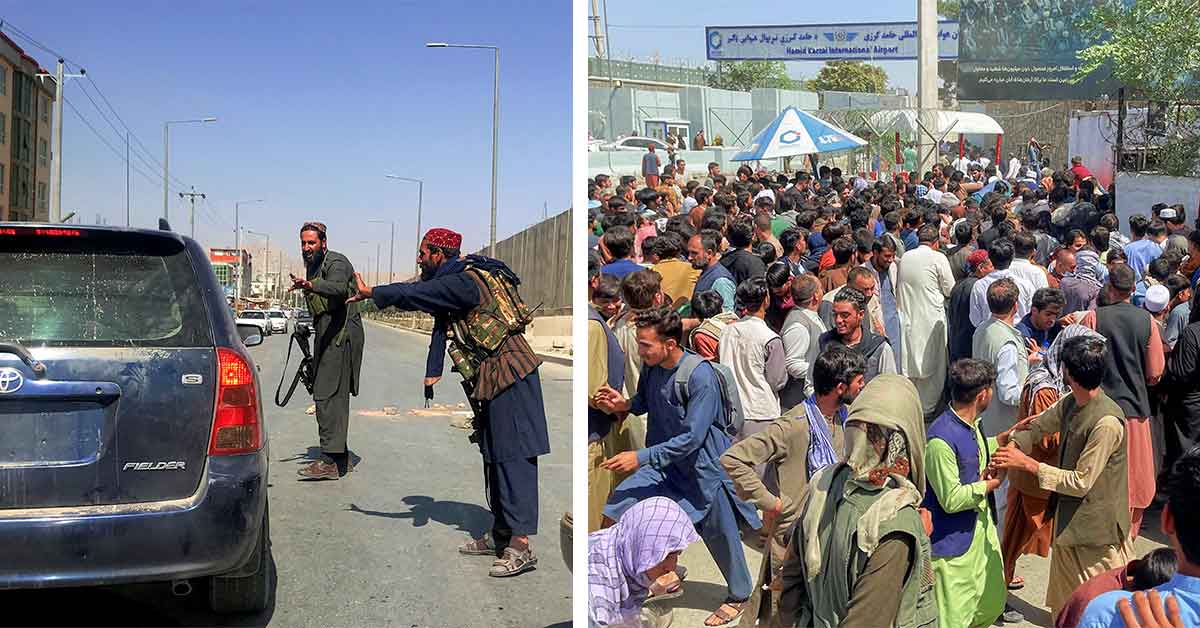 By Jose Torres  –  A Jesuit priest stranded in Afghanistan following the Taliban takeover of the country said the situation is “changing” and “chaotic.”

“The way the situation is changing in the country, it is anyone’s imagination,” said Father Jerome Sequeira, head of the Jesuit mission in Afghanistan, in a letter to friends and colleagues.

The priest said the mission has already suspended its activities across the country and has ensured the safety of all its staff.

Jesuit Refugee Service “has suspended all activities for an indefinite period of time, and all are hibernating in their homes or communities,” wrote Father Sequeira.

“All flights are cancelled and it all depends on the agreement between [the United Nations] bodies and the Taliban,” he added.

He said the Jesuit service “is putting all efforts” to evacuate him and another Jesuit priest.

“Thank you for your continuous prayers for our safety,” said Father Sequeira, even as he added that “safety does not make sense here” anymore because of the situation.

Archbishop Timothy Broglio of the Archdiocese for the Military Services, USA, said on August 17 that “the fall of Afghanistan and the departure of its elected leaders are a cause for concern, because of the possible denial of human rights, particularly for women and girls.  My two visits to the country confirmed my impression regarding the sacrifices, even including death, made by many members of the Armed Forces and civilians striving to bring stability and peace to the people there.  At the moment, however, we can only pray for the Afghani people, support any humanitarian efforts that are in place there (especially through Catholic Relief Services), and give voice to local leadership on all sides.  The human dignity of these people must be respected.”

He added, “I am particularly concerned about those in the US Armed Forces who continue to defend refugees and assets in the country.  We pray that there will be no violence and a peaceful departure for all of those desiring to leave.”

Fr Sequeira said the Taliban “are busy occupying all government systems and putting their own persons.” “They are not harming the civilians at the moment, but it will come once they fully capture all the systems of the country,” said the Jesuit.

He said the militant group has a list of all organisations.

“In some places they have started door-to-door inquiries about the personnel of organisations,” said the priest.

Father Sequeira said “thousands of people are trying to flee” and are fleeing to airports. “The Taliban were shooting in the air and trying to control the crowd,” he said.

The priest ended his letter, saying, “Did we, the international community, invest so much and establish so much in the last 20 years just to hand it over to the Taliban in a matter of days?”

On Sunday, Pope Francis asked for prayers for the people of Afghanistan.

“I ask all of you to pray with me to the God of peace so that the clamour of weapons might cease and solutions can be found at the table of dialogue,” he said.

“Only thus can the battered population of that countrymen, women, elderly and children – return to their own homes, and live in peace and security, in total mutual respect.”

Caritas Italiana, meanwhile, expressed fears for the safety of Christians in the country, warning that it may need to suspend its activities as instability increases.

The charity of the Italian Catholic bishops has been in Afghanistan since the 1990s and is currently focused on helping vulnerable minors.

The Italian charity has been supporting a large program of emergency aid, rehabilitation, and development in Afghanistan, including the construction of four schools and 100 houses.

The Taliban captured Afghanistan’s biggest cities in days rather than the months predicted by United States military intelligence earlier.

The UN Security Council called for talks to create a new government in Afghanistan after Secretary General Antonio Guterres warned of “chilling” curbs on human rights and violations against women and girls.

During their 1996-2001 rule, women could not work and punishments such as public stoning, whipping, and hanging were administered.