This Virus Infects Everything 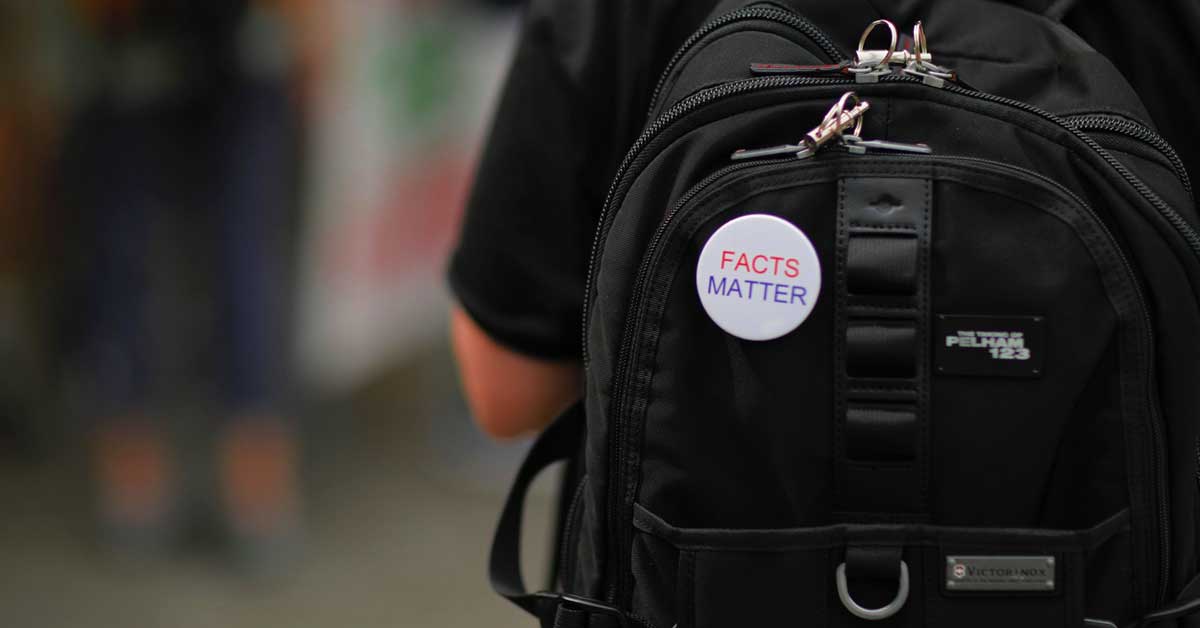 It’s one of those text messages in the night that I dread: “Is it true the Denis Hurley Centre caught fire?” Thanks to WhatsApp, a supporter in Nashville, Tennessee, was able to ask me this question recently. But, also thanks to WhatsApp, I knew it to be untrue that the Durban centre which I serve as director was on fire, and I could reassure her.

And I soon discovered what it is like to be the victim of fake news. The truth was that a few nights earlier a pump in our building that comes into action in an emergency had been triggered by loadshedding. This activated a siren which sounds a bit like a fire alarm. Worse still, when the pump started working, it pushed out lots of thick black smoke under our side door (again because of loadshedding, the ventilation fan did not operate). The sight and the sound alerted a passing police officer who feared there was a fire and rightly called for help.

To everyone’s relief, by the time the fire brigade arrived, our caretaker could show what the problem really was, and order was restored. They say there is no smoke without fire — but in this case, there really was!

However, a video was taken by a police officer. And someone posted it on Facebook with the completely un-nuanced caption “Fire at the Denis Hurley Centre”. And that is how the rumour started.

We’ve all done it, haven’t we? We hear a story which excites us, and we rush to share it with others. It might be wonderful news. Or it might be tragic news. But either way, we want the thrill of being the first person to share it.

In the old days, we had to actually see someone face to face or phone each friend individually to spread the word. But now — with WhatsApp groups, Facebook posts, Instagram feeds and e-mail databases — we can spread the word to thousands in an instant. And they in turn can pass it on, since they are also excited. And thus rumours spread.

In this case, the person who posted the video on Facebook was able to share it instantly with his literally thousands of friends. And, in turn, those who commented on it were passing the story on to their dozens or hundreds of friends. As I look at the comments that were added, I should take some comfort in people’s kind words: “What a loss to the city,” and “Unreal…I cannot understand this,” and “This is so sad as they serve the city with such aplomb”. But instead, I am irritated.

Why did the person who posted the story not contact us to check the story? Was it really necessary to post it at 6:32am rather than wait 90 minutes for our office to open? And why did none of the people who commented think it worth checking the truth, or even questioning the rumour? They were all so keen to use technology to spread the story. But any one of them could have used the same technology — Facebook Messenger, WhatsApp or even an old-fashioned phone call — to find out the truth. But none of those who commented have done so.

But I should remember my grandmother’s warning: when I accuse someone, there’s one finger pointing out but three fingers pointing back at me. Because, I have to confess, that I too have shared absurd stories that I have seen, especially on Facebook, without actually checking them first. Who has time to worry about the truth when there is a good story to be spread — or even better, a really bad story?

And in any case, surely there must be some truth in it because there’s no smoke without fire… Except, as I found out, sometimes there is.

So when I first read a few weeks ago about the ten babies reportedly born at one sitting in Pretoria, I immediately hit the “Share” button on Facebook. I could have paused to ask myself some sensible questions: Is it plausible that the mother did not know? Why was there no confirmation from the authorities, or the doctors at the hospital? What explains the absence of pictures? How is it that a newspaper broke the story rather than the department of health? All the red lights were there. But I ignored them — because it was just too good a story.

The decuplets (the ten babies), we now know, were not true. As Christians, we believe that the Decalogue (the Ten Commandments) are true. And spreading false rumours breaks at least one of those.

The “Fire at the Denis Hurley Centre” non-story in the end did not do too much harm; we managed to dampen the non-existent flames before they did any damage. And those harmed by the decuplets story — the gullible publisher, the credulous corporates falling over themselves to be the biggest donors, the susceptible readers like me — have, one hopes, learned to be a bit more sceptical in future.

But in the world of fake news, serious harm is done. People died and were injured at the US Capitol because an outgoing president spread lies about a “stolen election”; refugees are beaten on the streets of Durban because the media exacerbate stories about xenophobia; friends of yours may needlessly die of Covid because they refused a vaccine based on spurious Internet “science”.  Fake news is not trivial. It is not funny. It undermines our democracies, our health systems, our economies, our ethics.

Last year, Pope Francis criticised gossip as being “a plague worse than Covid”.

Hyperbole? I don’t think so. As a good Jesuit, Francis chooses his words with care. It is not a coincidence that the things that infect our bodies, our computers and our societies are all called viruses. They have some inherent toxicity. But their real power to harm is not inherent. The power comes from the foolish, vain, self-centred behaviour of the humans who help them spread. Myself included.

And all I have to do is pause and ask, “Is it appropriate for me to be sharing this news?” Then apply the simple “four-way test” questions: Is it the truth? Is it fair to all concerned? Will it build goodwill and better friendships? Will it be beneficial to all concerned? And I hope I learn to ask those questions before I pass on the virus.