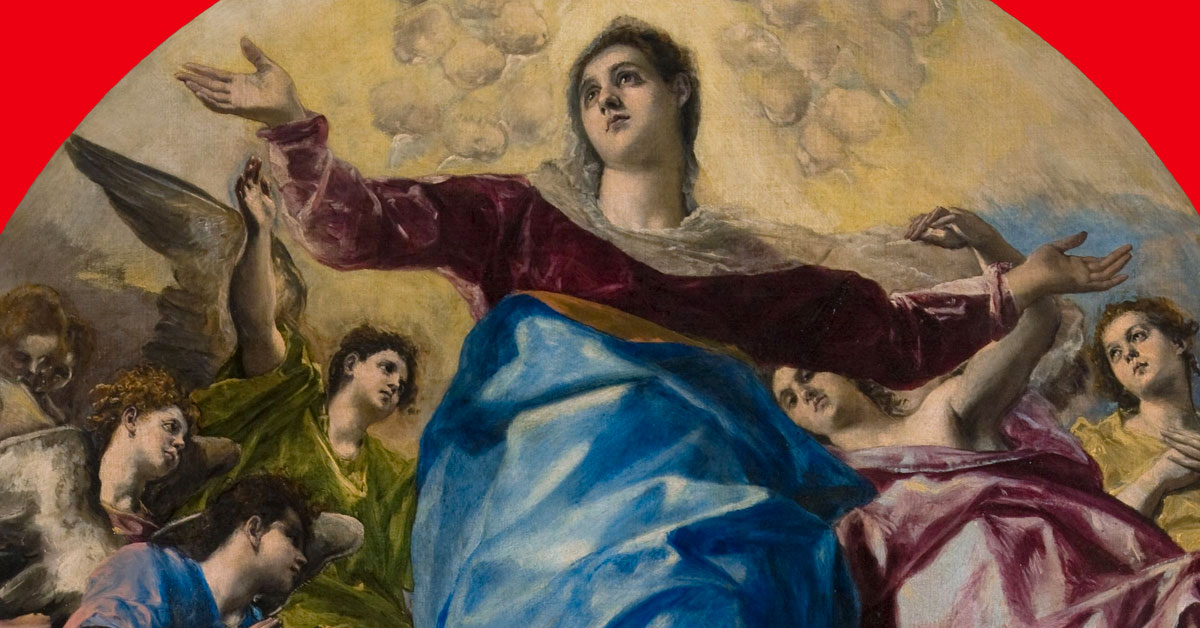 The Assumption of Mary into Heaven is the patronal feast of South Africa. Here’s an overview of what you need to know about the Assumption.

On August 15, Catholics around the world mark the Feast of the Assumption of Mary — this year the feast falls on a Sunday, whereas in previous years it was transferred to the nearest Sunday if it fell on a weekday.

The feast of Mary Assumed into Heaven (from the Latin assumptio, meaning “a taking”) commemorates the end of Mary’s earthly life and her assumption into heaven.

While the feast day is a relatively new one, the history of the holy day — and the mystery behind it — has its roots in the earliest centuries of Christian belief.

“As her earthly life comes to an end, the Assumption helps us to understand more fully not just her life, but it helps us to always focus our gaze to eternity,” Dr Matthew Bunson, a contributor to the Catholic TV station EWTN.

“We see in Mary the logic of the Assumption as the culmination of Mary’s life,” he said. “A Eucharistic requirement for that day is very fitting.”

The dogma of the Assumption of Mary — also called the “Dormition of Mary” in the Eastern Churches — has its beginning in the early centuries of the Church. The Catholic Church teaches that when Mary ended her earthly life, God assumed her, body and soul, into heaven.

This belief traces its roots back to the earliest years of the Church. A site just outside Jerusalem, in the Kidron Valley, was recognised as the tomb of Mary. The earliest Christians maintained that “no one was there”, Dr Bunson said.

According to St John of Damascus, in the 5th century, at the Council of Chalcedon in 451, Roman Emperor Marcian requested the body of Mary, Mother of God.

St Juvenal, who was bishop of Jerusalem replied “that Mary died in the presence of all the Apostles, but that her tomb, when opened upon the request of St Thomas, was found empty; wherefrom the Apostles concluded that the body was taken up to heaven”, the saint recorded.

There is a modern tradition that places the Assumption in Ephesus, modern-day Turkey, in the House of the Virgin Mary. The earliest traditions say that Mary’s life ended in Jerusalem.

The traditional site of Mary falling into her eternal sleep is Dormition abbey on Mount Zion; the ancient site of her tomb, which is still preserved, is at the foot of the Mount of Olives.

By the 8th century, around the time of Pope Adrian (772–795), the Church began to change its terminology, renaming the feast day of the Memorial of Mary to the Assumption of Mary.

The belief in the Assumption of Mary was a widely held tradition and a frequent meditation in the writings of saints throughout the centuries.

However, it was not defined officially until the past century. In 1950, Pope Pius XII made an infallible, ex-cathedra statement in the apostolic constitution Munificentissimus Deus, officially defining the dogma of the Assumption.

“By the authority of our Lord Jesus Christ, of the Blessed Apostles Peter and Paul, and by our own authority, we pronounce, declare, and define it to be a divinely revealed dogma: that the Immaculate Mother of God, the ever Virgin Mary, having completed the course of her earthly life, was assumed body and soul into heavenly glory,” Pope Pius wrote.

Within the decree, which was passed beforehand to dioceses around the world, Pope Pius surveys centuries of Christian thought and the writings of a number of saints on the Assumption of Mary.

“We have throughout the history of the Church an almost universal attestation of this,” Dr Bunson said of the Christian tradition’s testimony to Mary’s Assumption.

“We have this thread that runs throughout the whole of the history of the Church in support of the dogma. That’s significant because it supports the tradition of the Church, but it also supports a coming to a deeper understanding of the teachings of the Church of how we rely upon the reflections of some of the greatest minds of our Church.”

What’s also notable about the dogma, he added, is that it “uses the passive tense”, emphasising that Mary did not ascend into heaven on her own power, as Christ did, but was raised into heaven by God’s grace.

Today, the feast of the Assumption is marked as a major feast day and a public holiday in many countries. In most countries it is a Holy Day of Obligation, and Catholics are required to attend Mass (or on the date to which the feast is transferred).

South Africa was placed under the patronage of Our Lady of the Assumption in the early 1950s.