Why does the Church deny St Christopher? 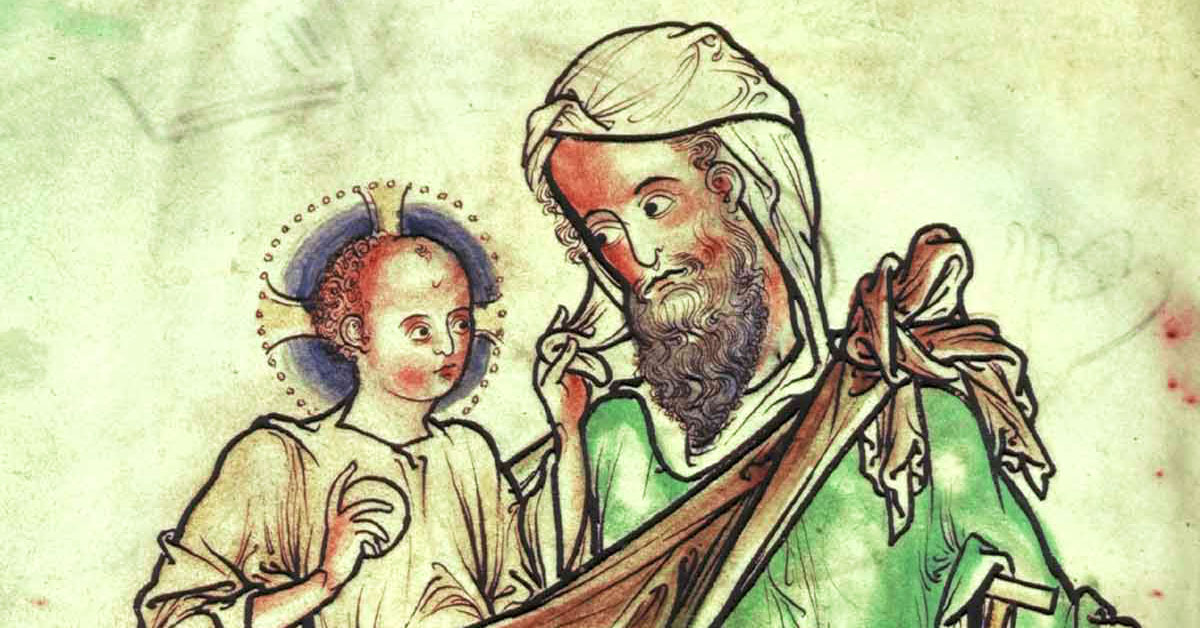 St Christopher carries Christ as a boy across a river. From the Westminster Psalter of c.1250.

Question: When I was a child, my parents always prayed to St Christopher when we went on a journey. We also had a medal of him in the car for protection. But we learnt years later that the Church says he never existed. Please explain why the Vatican said that?

Answer: The short answer is that the life of St Christopher is not attested to by contemporary sources, such as a written reference or evidence of a cult (what we call a devotion), that goes back to around the time he is said to have lived, namely the 3rd century. The Church doesn’t say St Christopher did not exist — how would anyone know? — but it says that there is no good evidence for his existence.

The story of St Christopher first appeared in Greece in the 6th century. By the 9th century it had come to France, but it spread widely when it featured in the 13th-century Golden Legend, a collection of hagiographies that was enormously popular in medieval Europe (the same work also spread the legend of St George — who certainly did exist — and the fictional dragon).

The Catholic Church included St Christopher in the calendar of saints only in the 16th century, and even then with limitations governing the celebration of his feast at Mass. It was only between 1954 and 1970 that the commemoration of St Christopher was extended to all Masses. In 1970, Pope Paul VI cut the feast from the universal calendar.

St Christopher, whom legend names as Reprobus, is popular with travellers because, according to legend, he carried Christian pilgrims across a hazardous river. One day the 2,3m-tall giant carried a child to safety — and it transpired that the child was Jesus. Christopher means “Bearer of Christ”.

Whether St Christopher did or didn’t exist is really a moot point. Through our prayers directed at St Christopher, God hears us. He won’t dismiss our petitions just because there is doubt about whether the saint actually existed. Our St Christopher medals and prayers remind us that we are appealing to God in prayer, in this case for travel mercies.