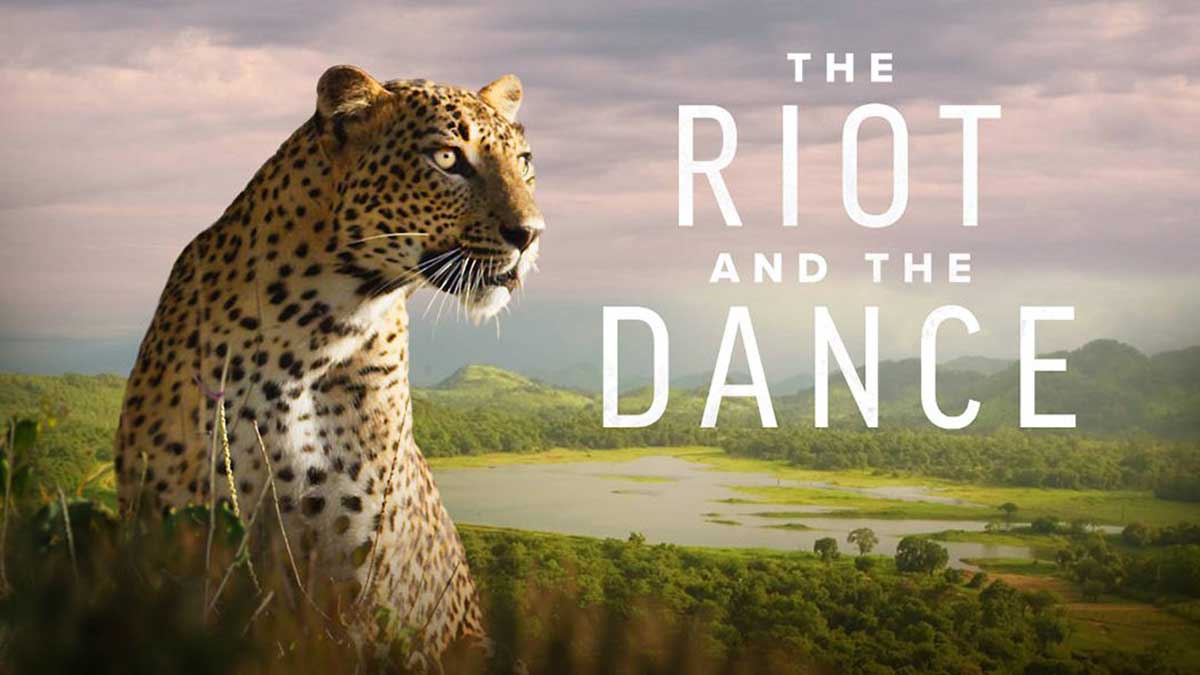 This is the artwork for the God-centred nature series “The Riot and the Dance.” (CNS photo/courtesy Carmel Communications)

By Mark Pattison – It’s full steam ahead for “The Riot and the Dance,” a nature documentary series more God-centred than what host and executive producer Nathan “N.D.” Wilson calls the typical nature show on television.

“I think he (God) is implicit in every single thing you ever see,” Wilson said in a interview with Catholic News Service before the crowdfunding goal of $1 million was met five days ahead of schedule.

As for the typical nature fare on TV, “in their narration, his absence is implicit. His nonexistence is implicit,” Wilson said. “They don’t come out and say there is no God, but they don’t acknowledge, they ignore his purpose and design completely. They treat all birds and animals as if it were all chaos.”

It would have been chaos if “The Riot and the Dance” hadn’t met its funding goal, said Wilson, who teaches at New St Andrews College, a small Christian college in Moscow, Idaho.

He thinks the campaign will get to $1.5 million before the end of September. Even so, production is on a shoestring.

“I would love for Season 1 to end up in the eight-to-10-episode range,” Wilson said. “In order to get to 10, we’ll have spent around $5 million,” which happens to be the new funding goal without a new deadline.

Wilson said he gets his footage “with aggression and a lot of times by asking for forgiveness and not permission. One of the ways we can do it is we send crews out in very lean groups that can function like tourists, then we can license footage from them after the fact if they get good stuff.”

He added, “That enables us to bypass, depending on where we are, some of permitting process. But one of the ways, we just have to be aggressive … and put small crews in the field often.” With that approach, “we’re definitely out in the wild trusting God. That’s one of the biggest things – for him to give us what we need.”

With this approach, Wilson and his skeleton crew got some great shots for the pilot episode of humpback whales cavorting in Monterey Bay – even though the time of year had come for the whales to make their journey southward to Mexico.

“We thought, why not give is a shot and see what God gives us?” he said.

But the wait for a water bug to attack and kill its prey wasn’t nearly as speedy.

“That took a while,” he said, but it was in the pond where Wilson himself had played as a child, so the expense of filming wasn’t nearly as large. “Thus far, God has been very kind” in supplying animals he can film given his budget and schedule.

The mission of the team creating the series “is to teach our children to love God and nature,” according to the project’s crowdfunding site. “The beauties of this world are boundless. … Connecting with nature draws us closer to God.”

Wilson thinks he’s got a ready-made audience for “The Riot and the Dance,” which – if all goes well – will make its streaming debut on the Angel Studios platform before the end of next year, before it is offered elsewhere.

Angel had commissioned some polling that found “66% of Americans watch nature documentaries, and 74% (of those who watch) are religious,” he said.

“And so you look at numbers like that, you say currently, of the nature documentary consumer, 74% of them are receiving zero percent of the faith-based nature documentary” Wilson explained. “Our audience is that 74%; if the other 26% want to watch it, that’s OK, too.”

God has given man dominion over all creation, so how has man been doing with it so far?