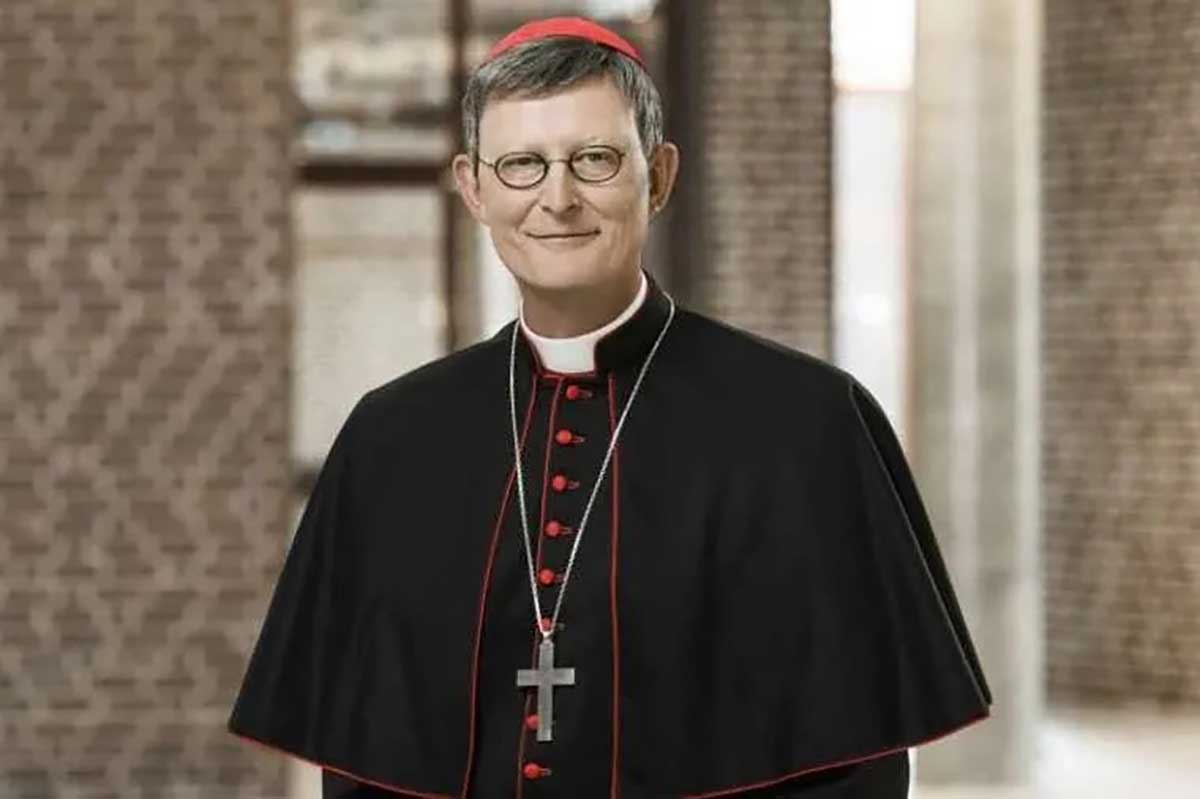 Pope Francis has ruled that Cardinal Rainer Maria Woelki should remain in charge of Germany’s Cologne archdiocese after a Vatican investigation into his handling of abuse cases.

The Vatican said that the pope had asked the 65-year-old cardinal to continue leading the archdiocese in western Germany after a period of leave, reported CNA Deutsch, CNA’s German-language news partner.

The statement explained that the investigation had found no evidence that Woelki acted unlawfully in relation to abuse cases.

“Nevertheless, Cardinal Woelki has also made major mistakes in his approach to the issue of coming to terms with abuse overall, especially at the level of communication,” it said.

“This has contributed significantly to a crisis of confidence in the archdiocese that has disturbed many of the faithful.”

The Holy See noted that the pope and Woelki had “a long conversation” last week.

It said: “The Holy Father is counting on Cardinal Woelki, acknowledging his loyalty to the Holy See and his concern for the unity of the Church.”

“At the same time, it is obvious that the archbishop and the archdiocese need a time of pause, renewal and reconciliation. This has prompted Pope Francis to grant Cardinal Rainer Maria Woelki, at his own request, a period of spiritual leave, beginning in mid-October until the start of Lent next year.”

“Until his return, [Cologne auxiliary bishop] Rolf Steinhäuser, as apostolic administrator sede plena [while the post remains filled, rather than vacant], will ensure the proper administration and, above all, that the archdiocese, for its part, finds itself in a spiritual process of reconciliation and renewal.”

In a statement, Woelki said: “I go this way with the clear message of the Holy Father that we have cleared up seriously and comprehensively and have not covered up anything. I would like to ask you to pray for the archdiocese and for me in the coming weeks. I also promise you my fervent prayer.”

Steinhäuser commented: “I have great respect for the magnitude of the task. We will continue the path of reconciliation in the archdiocese of Cologne already initiated by Cardinal Woelki.”

Pope Francis ordered the apostolic visitation in May amid fierce criticism of the archdiocese’s handling of abuse cases.

The archdiocese said in a May 28 statement that the pope’s apostolic visitors would evaluate “possible mistakes” made by Woelki.

“During the first half of June, the Holy See’s envoys will visit the archdiocese to get a comprehensive picture of the complex pastoral situation in the archdiocese,” the statement said.

It added that the visitors would also examine possible errors committed by Archbishop Stefan Heße of Hamburg, who was Cologne archdiocese’s vicar general from 2012 to 2015, and the Cologne auxiliaries Bishop Dominikus Schwaderlapp and Bishop Ansgar Puff.

The apostolic nunciature in Berlin announced on Sept. 15 that the pope had asked Heße to remain as archbishop of Hamburg, northern Germany.

Commenting on Schwaderlapp and Puff on Sept. 24, the Holy See said: “In the case of both bishops, there are isolated deficiencies in the handling of procedures in their previous responsibilities, but not an intention to cover up abuse or ignore those affected.”

“Bishop Ansgar Puff will resume his regular ministry immediately. Bishop Dominikus Schwaderlapp has asked to be allowed to work for one year as a pastor in the Archdiocese of Mombasa, in Kenya, before returning to his ministry as auxiliary bishop in the Archdiocese of Cologne. The Holy Father has granted this request.”

Cologne archdiocese said that Puff would donate part of his salary to a fund for those affected and continue to work in pastoral care for the homeless.

Woelki said in December 2020 that he had asked Pope Francis to review the decisions he took regarding an accused priest – identified only as “Pastor O.” – in 2015.

Woeki, who was appointed archbishop of Cologne in 2014, has faced calls to resign since the archdiocese controversially declined to publish a report by the Munich law firm Westphal Spilker Wastl.

In January 2019, the archdiocese commissioned Westpfahl Spilker Wastl to examine relevant personnel files from 1975 onwards to determine “which personal, systemic or structural deficits were responsible in the past for incidents of sexual abuse being covered up or not being punished consistently.”

The 800-page Gercke Report was published in March. It covers the period from 1975 to 2018 and examines 236 files in detail with the aim of identifying failures and violations of the law, as well as those responsible for them.

In June, Pope Francis declined the resignation of another German Church leader, Cardinal Reinhard Marx of Munich and Freising.

The 67-year-old cardinal wrote to Pope Francis in May, offering to resign amid the fallout from the clerical abuse crisis in Germany.

Marx is a member of the pope’s Council of Cardinals and the coordinator of the Vatican Council for the Economy. Until last year, he served as the chairman of the German bishops’ conference.

“We will be saved by opening the door to the Only One who can do it and confessing our nakedness: ‘I have sinned,’ ‘we have sinned’… and weeping, and stammering as best we can that ‘depart from me, for I am a sinner,’ a legacy that the first pope left to the popes and bishops of the Church.”