Pope Francis: May God Preserve Us from a ‘Nest’ Mentality 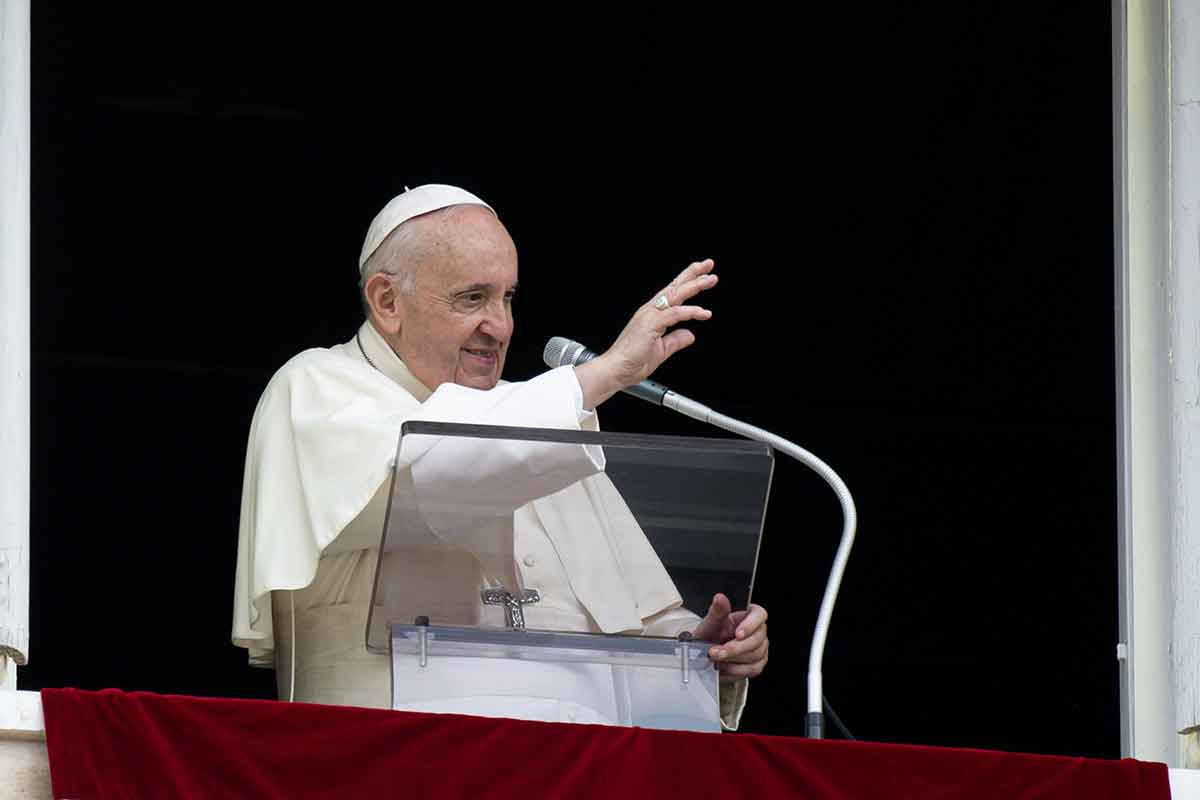 Pope Francis at his Angelus said the Catholic Church must be open and welcoming toward others, warning that division and exclusion come from Satan.

“We need to be vigilant about closure in the Church too,” he said before leading the Angelus prayer at the Vatican on Sept. 26.

“Because the devil, who is the divider – this is what the word ‘devil’ means – always insinuates suspicions to divide and exclude,” he added.

Speaking from a window overlooking St Peter’s Square, Francis said sometimes Catholics, instead of having humble and open communities, “can give the impression of being the ‘top of the class’ and keeping others at a distance.”

“Let us ask for the grace to overcome the temptation to judge and categorise,” he said, “and may God preserve us from the ‘nest’ mentality, that of jealously guarding ourselves in the small group of those who consider themselves good.”

Pope Francis warned that sometimes there are groups of people, such as a priest and his parishioners, some pastoral workers, or movements and associations with particular charisms which close themselves off to outsiders.

“All this runs the risk of turning Christian communities into places of separation and not of communion,” he stated. “The Holy Spirit does not want closedness; He wants openness, and welcoming communities where there is a place for everyone.”

After leading the Angelus, a traditional prayer about the Virgin Mary, the pope spoke about the Sept. 26 celebration of the World Day of Migrants and Refugees.

He said “it is necessary to walk together, without prejudice and without fear, placing ourselves next to those who are most vulnerable: migrants, refugees, displaced persons, victims of trafficking and the abandoned. We are called to build an increasingly inclusive world that excludes no one.”

Francis greeted several groups with the aim of helping migrants and refugees, which were gathered below him in St Peter’s Square.

“Thank you all for your generous commitment,” he said. The pope then invited everyone present to visit the “Angels Unawares” sculpture before leaving the Vatican.

The 6m-tall bronze statue, unveiled in 2019, is based on Hebrews 13:2, “Be welcoming to strangers, many have entertained angels unawares.”

The sculpture, by Canadian artist Timothy Schmalz, depicts migrants throughout history crowded together on a boat with the Holy Family. Pointing to the statue in St Peter’s Square, Pope Francis said, “dwell on the gaze of those people and welcome in that gaze the hope of starting to live again that every migrant has today.”

“Go there, see that monument,” he urged. “Let’s not close the doors to their hope.”

Before the Angelus, the pope also reflected on the day’s Gospel from St. Mark, in which the Evangelist recalls when Jesus said to his disciples: “If your hand causes you to sin, cut it off. It is better for you to enter into life maimed than with two hands to go into Gehenna, into the unquenchable fire.”

Pope Francis said Jesus wants us to stop judging others and to worry about our own behaviour first. “Indeed, the risk is to be inflexible towards others and indulgent towards ourselves,” he noted.

“Jesus is radical, demanding, but for our own good, like a good doctor,” he continued. “Every cut, every pruning, is so we can grow better and bear fruit in love.”

“Let us ask, then: what is it in me that is contrary to the Gospel? What, in concrete terms, does Jesus want me to cut out of my life?”

“Let us pray to Mary Immaculate, that she may help us be welcoming towards others and vigilant over ourselves,” he concluded.