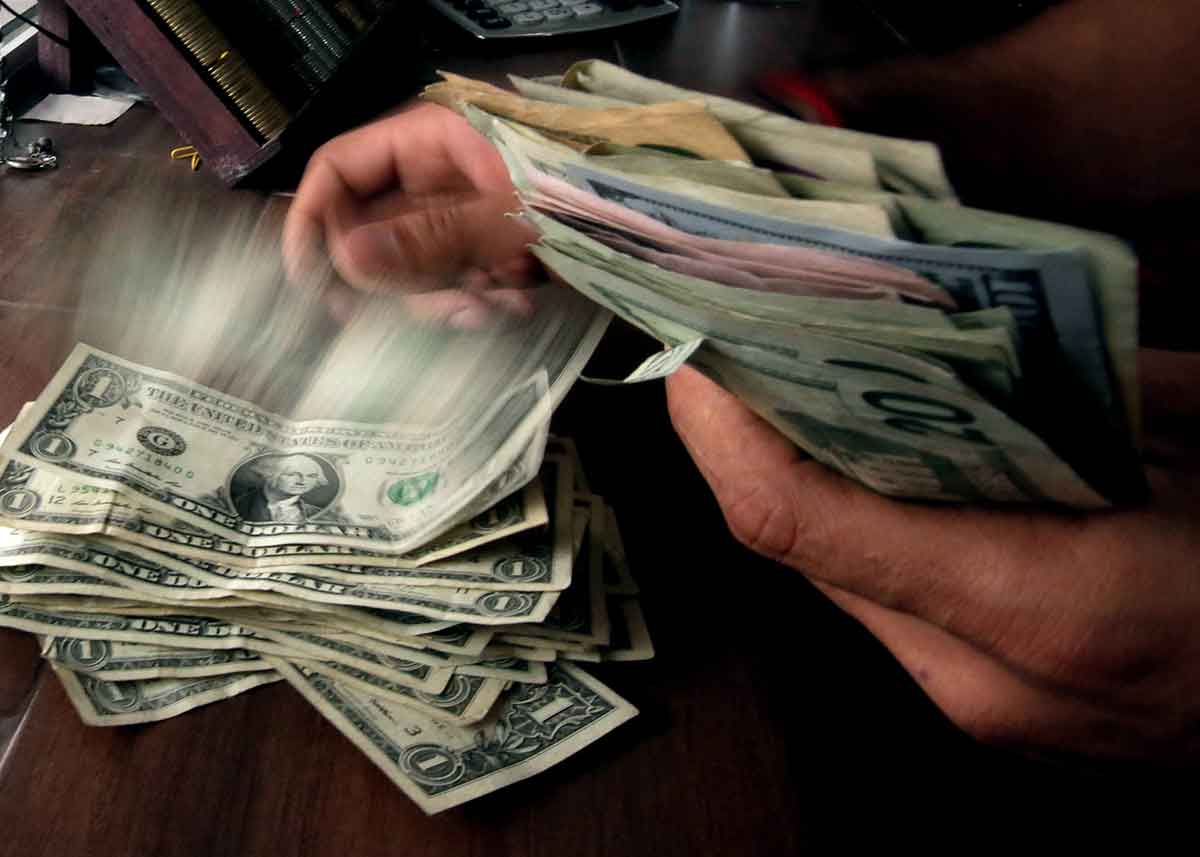 U.S. dollars are seen in this illustration photo. A network of offshore trusts and subsidiaries established by priests and businessmen close to the Legionaries of Christ moved as much as $295 million around four continents. (CNS photo/Jose Luis Gonzalez, Reuters)

By David Agren – A network of offshore trusts and subsidiaries established by priests and businessmen close to the Legionaries of Christ moved as much as $295 million around four continents, according to a trove of leaked documents obtained by the International Consortium of Investigative Journalists and published by the Spanish newspaper El País.

The existence of the trusts was revealed in the Pandora Papers, a leak of nearly 12 million documents on the secret details of offshore accounts, which can be used to hide assets or avoid taxes. Neither action is necessarily illegal, and the Legionaries of Christ deny any wrongdoing.

The Legionaries said in a statement that the order has one trust for “receiving and distributing donations specifically for covering the costs of elderly and ill priests and consecrated persons or for other religious, charitable or educative purposes.”

The revelations raise new questions about the finances of the Legionaries of Christ, an order founded in Mexico by Father Marcial Maciel Degollado in 1941.

Father Maciel courted the wealthy and sought their generous financial support. But he died in disgrace in 2008, having been ordered by Pope Benedict XVI to lead a life of prayer and penance after being accused of sexually abusing seminarians and leading a double life in violation of Catholic teaching.

After another leak of documents, the 2017 Paradise Papers, the Legionaries of Christ said offshore accounts for handling funds from its schools were closed. A 2014 review of its finances found no irregularities.

The trusts and subsidiaries revealed in the Pandora Papers were established in 2010 and 2011, according to El País. At that time, the Legionaries of Christ had come under close Vatican scrutiny.

The first trust, known as The Retirement and Medical Charitable Trust, was established in New Zealand July 6, 2010, just three days before Pope Benedict XVI asked Italian Cardinal Velasio de Paolis to oversee a reorganisation of the Legionaries of Christ and its lay, branch Regnum Christi.

The Legionaries of Christ were listed as the sole beneficiary of the trust, which was established to “collect donations and make investments” and to “financially assist members who had retired, were mentally affected or injured in accident,” according to the trust’s founding documents, El País reported.

Two additional trusts known as AlfaOmega Trust and Salus Trust were established in November 2011 to make investments. The proceeds of those investments – which ranged from petroleum projects to film production to Kentucky Fried Chicken franchises – were sent to The Retirement and Medical Charitable Trust, according to El País.

Funds from an “inheritance” were transferred into the two newer trusts.

The Legionaries statement said: “These two trusts are independent of our congregation. The congregation never has controlled these funds, their terms, their operations, their investments, nor determined the way in which their funds are assigned.”

However, the statement said, “Institutions related to the Legionaries of Christ have requested loans from the two trusts, created by this priest and his family to finance projects.”

It added the congregation is repaying loans from the priest made prior to the trusts’ creation. Those payments are being made to the trusts per the instructions of the priest, the statement said.

Legionaries Father Luis Garza Medina and two brothers opened the AlfaOmega Trust and Salus Trust, according to El País. Father Garza Medina was related to the founder of Grupo Alfa, a Mexican conglomerate, and was considered close to Father Maciel.

A spokesman for Dionisio Garza Medina, a businessman and one of Father Garza Medina’s brothers, told El País that AlfaOmega Trust was formed to “support retired and needy priests and consecrated Catholics, as well as to support social, charitable and spiritual projects based on Catholic teachings.”