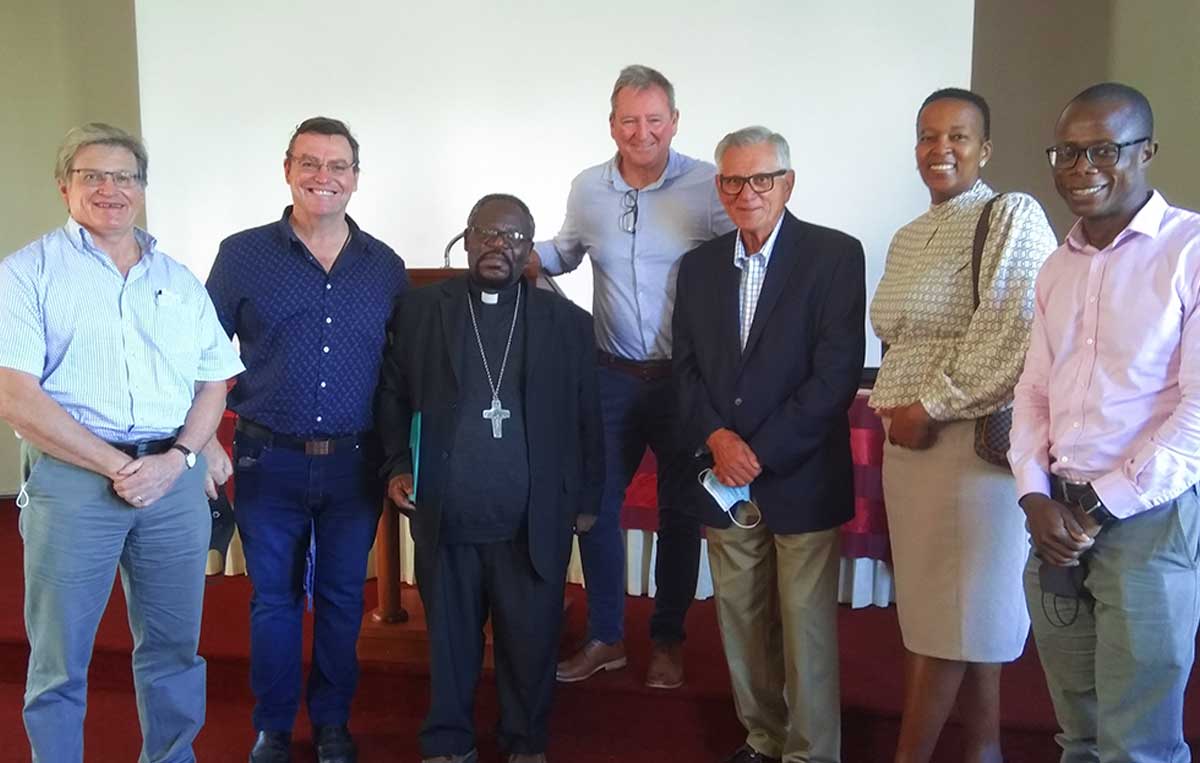 Professor Al Gini, Professor of Business Ethics from Loyola University in Chicago recently addressed about 40 members of the KZN Catholic Business Forum on the subject of the characteristics of a good leader.

The CBF aims to bring Catholics involved in business to network, learn and share ideas on how they can use their careers, business as a force for the common good and as a vocation.  You can reach them on Facebook

Prof Gini is well known in Catholic circles in South Africa, having given the 2015 Winter Living Theology lectures for the Jesuit Institute. At the time he also addressed a number of business schools and the National School of Government.

He was delighted to be back at the renovated Glenmore Pastoral Centre and to meet Durban’s new Archbishop Siegfried Mandla Jwara.

Prof Gini is a long-standing supporter of the Denis Hurley Centre in Durban and was visiting South Africa in part to catch up with the work of the centre and to offer his services as a lecturer to some of the organisations that work closely with the Denis Hurley Centre, such as KZN Catholic Business Forum, the Jesuit Tertianship and Spar Supermarkets.