Celebrating the Rosary: How it all Began 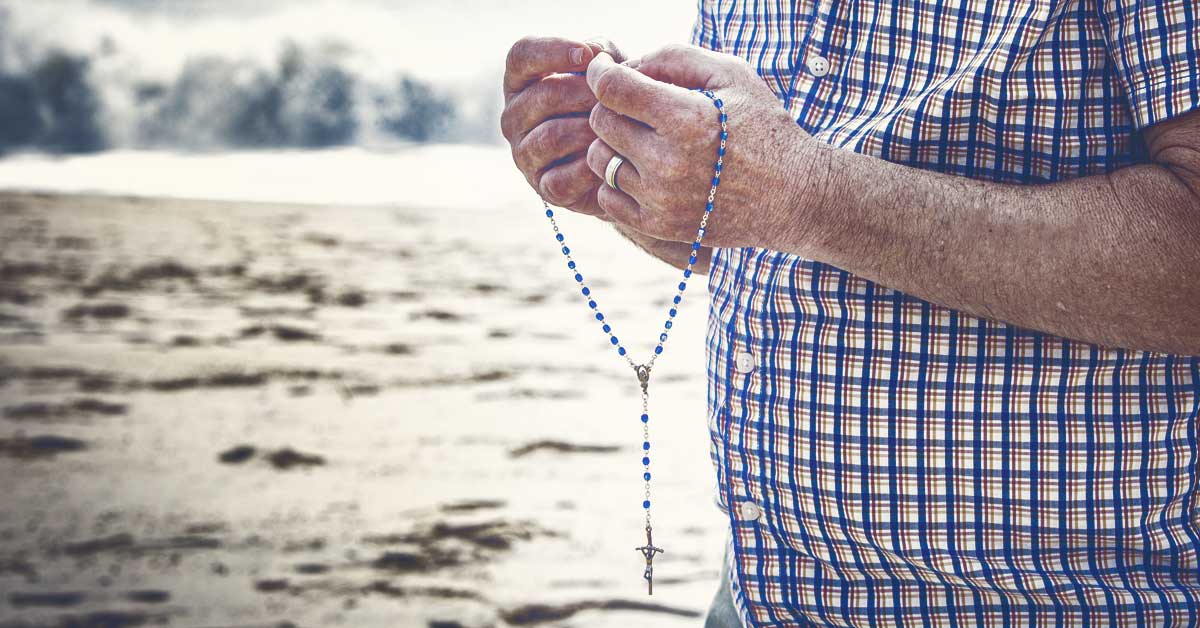 By Benjamin Takavarasha – The rosary is a powerful prayer as recommended and attested by popes and saints throughout the ages and the month of October is dedicated to the rosary primarily due to the fact that the liturgical feast of Our Lady of the Rosary is celebrated annually on October 7.

St Pius V established this feast in 1573 to thank God for the victory of Christians over the Turks at Lepanto, a victory attributed to the praying of the rosary. Clement XI extended the feast to the universal Church in 1716.

Our Lady of Fatima appeared six times each month May to October 1917, and in the last apparition on October 13 of that year, the very month dedicated to the Holy Rosary, she announced to the world: “I am the Lady of the Rosary.”

History and Development of the Rosary

Aside from the preliminary practice of praying 150 Hail Marys in imitation of the 150 Psalms, the rosary was started and promoted by St Dominic in the 13th century after a vision of Our Lady to counter the Albigensian heresy, although some consider that aspect as a legend. The mantle was picked by one of his followers, Alan de la Roche, who is dubbed “the apostle of the rosary”.

In the 16th century, the rosary was promoted and further developed by the Jesuit St Peter Canisius. According to tradition, he added the final verse to the Hail Mary — “Holy Mary, Mother of God, pray for us sinners now and at the hour of our death”.It was printed officially in the Catechism of the Council of Trent in 1566; the first two verses of the Hail Mary are adapted from Luke 1:28 and 1:42. At that juncture, the traditional rosary was more or less complete, save for the Fatima Prayer — with the 15 mysteries: Joyful, Sorrowful and Glorious.

Our Lady left for all Christians Fifteen Promises to those who recite the Holy Rosary, imparted to St Dominic and Bl Alan.

1. Whoever shall faithfully serve me by the recitation of the Rosary, shall receive signal graces.
2. I promise my special protection and the greatest graces to all those who shall recite the Rosary.
3. The Rosary shall be a powerful armour against hell, it will destroy vice, decrease sin, and defeat heresies.
4. The Rosary will cause virtue and good works to flourish; it will obtain for souls the abundant mercy of God; it will withdraw the hearts of men from the love of the world and its vanities, and will lift them to the desire for eternal things. Oh, that souls would sanctify themselves by this means.
5. The soul which recommends itself to me by the recitation of the Rosary, shall not perish.
6. Whoever shall recite the Rosary devoutly, applying himself to the consideration of its sacred mysteries shall never be conquered by misfortune. God will not chastise him in His justice, he shall not perish by an unprovided death; if he be just he shall remain in the grace of God, and become worthy of eternal life.
7. Whoever shall have a true devotion for the Rosary shall not die without the sacraments of the Church.
8. Those who are faithful to recite the Rosary shall have during their life and at their death the light of God and the plenititude of His graces; at the moment of death they shall participate in the merits of the saints in paradise.
9. I shall deliver from Purgatory those who have been devoted to the Rosary.
10. The faithful children of the Rosary shall merit a high degree of glory in Heaven.
11. You shall obtain all you ask of me by the recitation of the Rosary.
12. All those who propagate the Holy Rosary shall be aided by me in their necessities.
13. I have obtained from my Divine Son that all the advocates of the Rosary shall have for intercessors the entire celestial court during their life and at the hour of death.
14. All who recite the Rosary are my sons and daughters, and brothers and sisters of my only Son Jesus Christ.
15. Devotion of my Rosary is a great sign of predestination.

Between May 13 and October 13, 1917, Our Lady appeared at Cova da Iria, near Fátima, a town 230km north of Lisbon, where she, in particular, asked the seers to pray the rosary every day.

On the third apparition on 13 July 1917, Our Lady revealed to the visionaries the Decade Prayer for the rosary, commonly known as the Fatima Prayer, and asked them to recite this prayer at the end of each decade of the rosary. It was approved for public use in 1930, and has since become a common (though optional) part of the rosary: “O my Jesus, forgive us our sins, save us from the fires of hell, and lead all souls to Heaven, especially those in most need of thy mercy.”

In 2002, Pope John Paul II, who had always proclaimed that the rosary was his favourite prayer, in his apostolic letter“RosariumVirginisMariae” added five Mysteries of Light to this devotion, thereby extending the rosary to 20 decades.

Public Stories Attesting to Power of the Rosary

I am sure that at any Catholic retreat or prayer gathering, there would be certainly some members who would give personal testimonies on the efficacy of the rosary in their lives or others whom they interceded for through the rosary. However, I would like to focus on documented public stories attesting to the power of the rosary.

For a start, and as already mentioned as the event that led to the institution of the feast of Our Lady of the Rosary — originally called Our Lady of Victories — there was the miraculous defeat of the Ottoman Turks at Lepanto in 1571. On that day 450 years ago this month, the Christians, outnumbered three, won that battle that halted the advance of Islamic conquest in Europe. The victory was attributed to the praying of the rosary. Pope Pius V had encouraged every man going into battle to carry a rosary.

Subconsciously or otherwise, perhaps Pope Pius IX had the miraculous victory at Lepanto in mind when he famously quipped: “Give me an army saying the Rosary and I will conquer the world.”

Next: Saints and Popes Attest to the Power of the Rosary