How Can St Joseph Play a Bigger Role in Lives of Catholics? 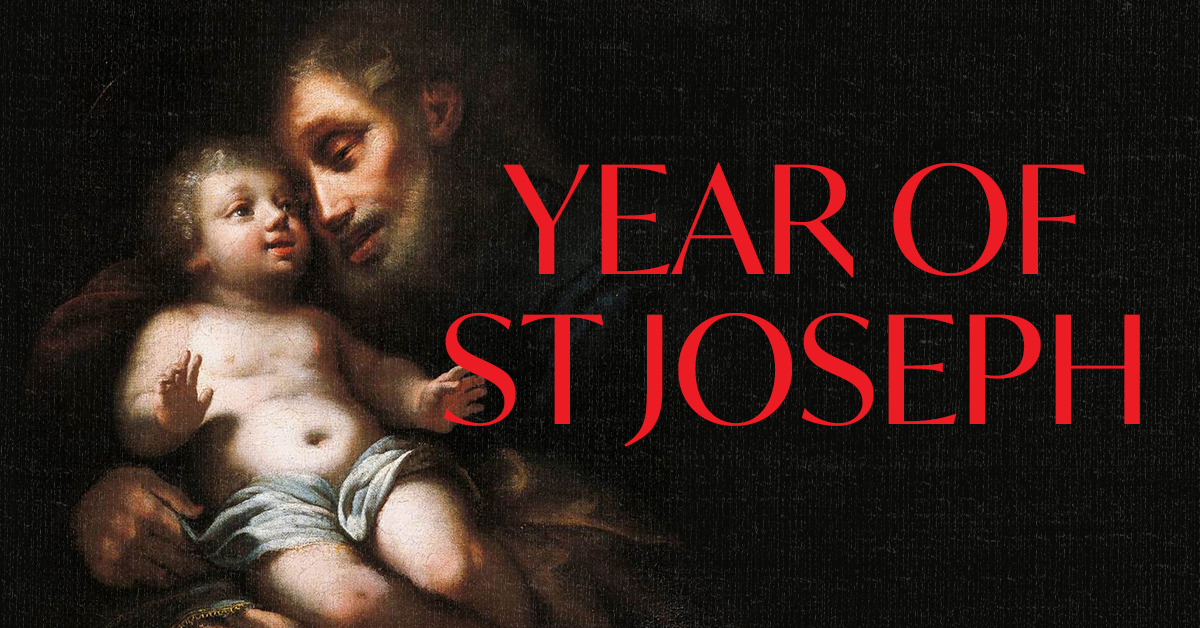 By Kurt Jensen – One of the first things anyone learns about St Joseph, the foster father of Jesus Christ, is that there’s very little information out there on the man himself.

He’s mentioned briefly in the Gospels of Matthew and Luke and is believed by some biblical historians to have been quite a bit older than the Virgin Mary, and to have died before Jesus began his public ministry. And that’s about it.

For New York Cardinal Timothy Dolan, one of the participants in the online St Joseph Summit, held September 30 to October 3, “he’s a quiet, effective, humble man and he doesn’t want a lot of attention.”

Scott Hahn, a professor of biblical theology at the Franciscan University of Steubenville, Ohio, calls Joseph “a father in the shadows.”

Even Marian Father Donald Calloway, whose book “Consecration to St Joseph: The Wonders of Our Spiritual Father” sparked the summit, acknowledged that for many, Joseph “is in the corner of those Christmas cards.”

But he considers Joseph a strong model of humility and service and the best example “of what it means to be a father, to be a man.”

The summit – held as part of the Year of St Joseph observance declared by Pope Francis that ends December 8 – drew between 30,000 and 40,000 attendees in the United States and about 10 other countries. The summit had 64 speakers and 72 hours of content.

It included live prayer events over the October 2-3 weekend, and drew about 7,000 households for those, according to organisers.

Joseph was named patron of the universal church 150 years ago. Today he’s held up as an example of sacrificial fatherhood and purity and as an intercessor in healing and fighting the world’s evils.

Deacon Steve Greco, who serves at St Elizabeth Ann Seton Church in Irvine, California, in the Orange Diocese, is the founder of the summit.

In an interview with Catholic News Service, he called Joseph “a powerful tool when we realise we’re at war.”

Deacon Greco said he’d found “that there was a great lack of knowledge – people commenting that they knew next to nothing about St Joseph. The need in the church is so great to have a spiritual father.”

“St Joseph is the terror of demons, because he models for me and you the efficacy of authentic discipleship,” said Kathleen Beckman, a California-based Catholic evangelist.

Deacon Harold Burke-Sivers, a longtime radio and TV host, saw Joseph as a shining example “because the culture is kind of demeaning to men.” Fatherhood, he observed, “is not just biological. Our fatherhood comes through the very heart of God’s love.”

But the idea of striving for purity, he conceded, “can be frightening. The idea that we might lose happiness in a particular way can be scary.”

“We, as men, need to lead the family … especially in prayer,” said Ray Grijalba, who hosts “The Joy of the Faith” on YouTube. “Our kids are only going to become saints if they see us strive for holiness and loving God.”

“I freely admit, that’s no easy task. But it’s also true that there’s no more necessary task,” he said. “The world in which we live desperately needs men and women who are just and righteous – like St Joseph.

“This starts with prayer. It continues with obedience. And it requires courage, in all things, to do what God is asking of us.”

St Joseph did this, Kelly said. “He prayed. He obeyed. He embodied creative courage. St Joseph’s role in salvation history was pivotal, yet clearly, his role is far from over. He speaks to our time. We should listen. He models the virtues our time demands. We should make them our own.”

He told summit participants that “there isn’t a moment to waste. Not with the scope and scale of the challenges before us.”

“As we face the future, and the difficulties that await, let us ask for St Joseph’s intercession,” he said. “Let us emulate his example of prayer, obedience and bold, creative courage. And in doing so, let us become men and women who are just and righteous, and who do God’s will, as best we can.”

Deacon Greco, as the founder and president of Spirit Filled Hearts Ministry, told CNS that his organisation “is not exactly a household name, but God chose us to do this.”

He said that “both the Blessed Mother and St Joseph have played a role in giving me courage,” as his daughter has suffered from cancer and he has sought their intercession.

But he believes the “greatest healing is spiritual healing.”

“In today’s world, we need all the spiritual armour we can get,” including against demonic forces, he added.

With the success of this summit, Deacon Greco said he’s considering another online event focused on the Holy Family. “The whole idea is, Jesus wants us to give him our entire life.”

More information about the St Joseph Summit can be found at https://www.spiritfilledevents.com.