Pope: Church Must Respect Other Cultures, Not Impose Itself 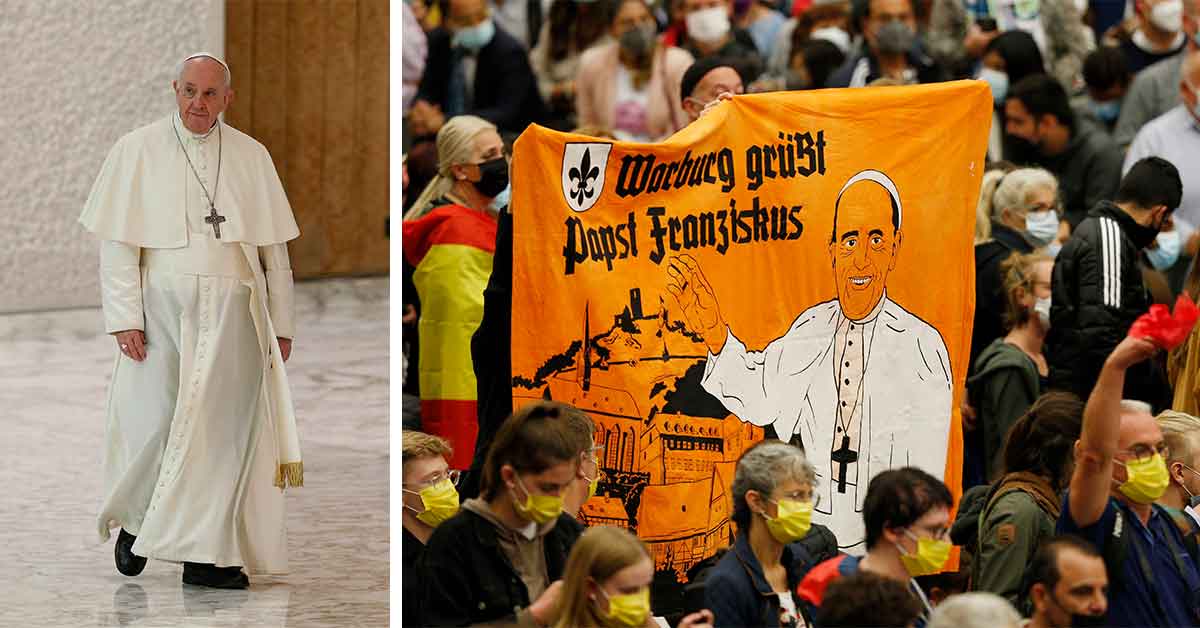 By Junno Arocho Esteves – Christian freedom means respecting other cultures and traditions rather than finding ways to impose “one’s own model of life as though it were the most evolved and the most appealing,” Pope Francis said.

“How many errors have been made in the history of evangelisation by seeking to impose a single cultural model,” the pope said Oct 13 during his weekly general audience in the Paul VI audience hall.

“At times, even violence was not spared to make a single point of view prevail. In this way, the church has been deprived of the richness of many local expressions that the cultural traditions of entire peoples bring with them. But this is the exact opposite of Christian freedom,” he said.

The pope continued his series of talks on St Paul’s Letter to the Galatians by reflecting on the freedom from slavery to sin and death that comes from Christ’s death and resurrection.

For the apostle, the pope said, welcoming faith “involves renouncing not the heart of cultures and traditions, but only that which may hinder the newness and purity of the Gospel.”

The “freedom obtained through the death and resurrection of the Lord does not enter into conflict with cultures or with the traditions we have received, but rather introduces into them a new freedom, a liberating novelty, that of the Gospel,” he said.

Through baptism, he continued, Christians obtain the freedom that “enables us to acquire the full dignity of children of God,” opening them to the “universalism of faith” while remaining “firmly anchored in our cultural roots.”

Pope Francis said that St Paul’s vision of freedom was enlightened by Jesus, who “united himself in some way with every person.”

Christians, he said, have “the duty to respect the cultural origin of every person, placing them in a space of freedom that is not restricted by any imposition dictated by a single predominant culture.”

“This is the meaning of calling ourselves Catholics, of speaking of the Catholic Church. It is not a sociological denomination to distinguish us from other Christians; Catholic is an adjective that means universal,” the pope explained.

“It means that the church contains in herself, in her very nature, an openness to all peoples and cultures of all times, because Christ was born, died and rose again for everyone,” he said.

Tags: Paul's letter to the Galatians