Popes and Presidents: Biden is 14th US President to visit Vatican 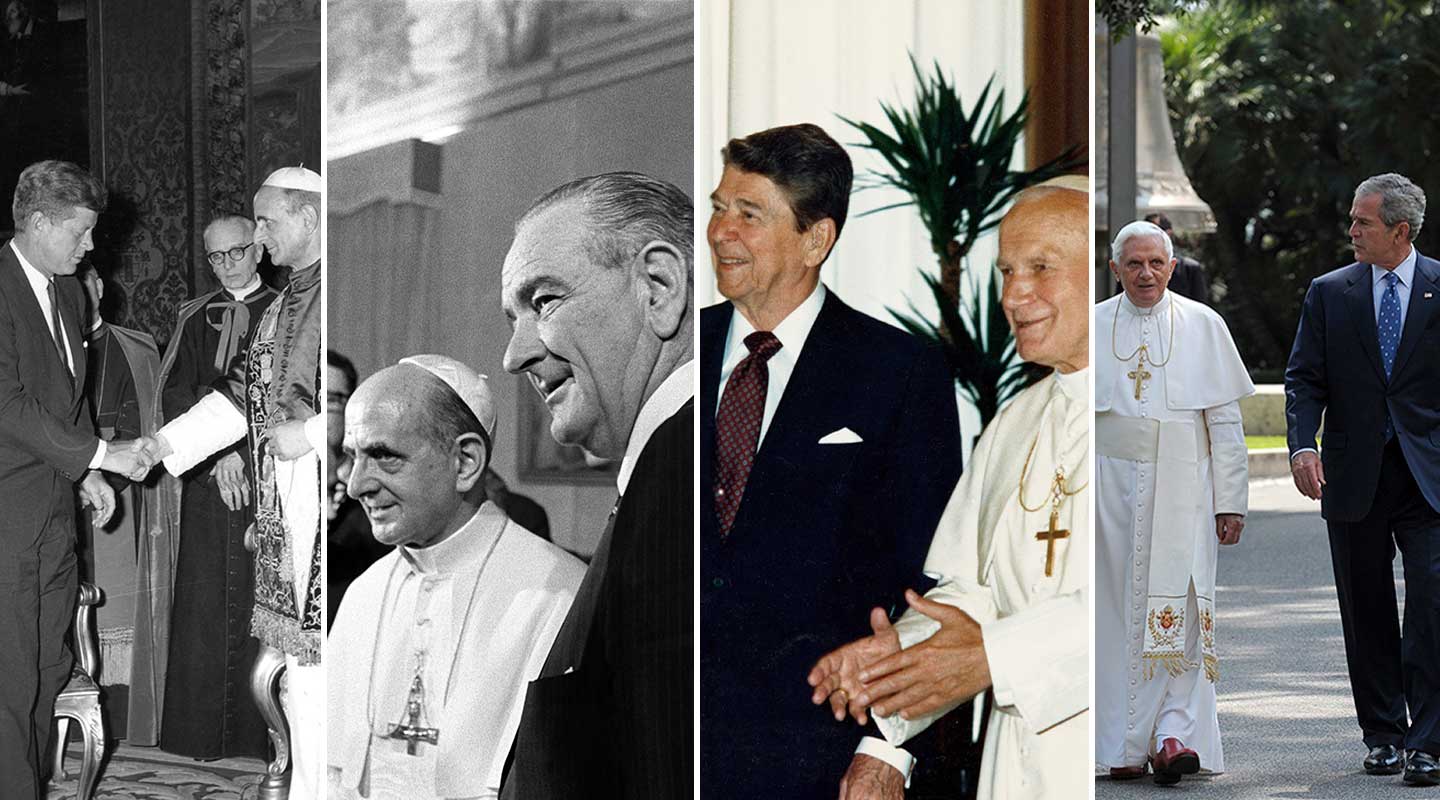 By Cindy Wooden – Almost 60 years have passed since a Catholic president of the United States visited a pope at the Vatican.

When President John F. Kennedy was preparing for his meeting with the new Pope Paul VI in July 1963, people were wondering if he would kiss the pope’s ring, a traditional sign of deference, but one that could have been problematic for a president already dealing with questions about whether his church or his country came first.

The pope did not seem to mind shaking his hand.

Protocols and popes have changed. Today, Pope Francis prefers guests not to kiss his ring.

Unlike Kennedy, questions about Biden’s faith are coming mainly from within the Catholic community because of his support for legalised abortion.

Pope Francis is scheduled to welcome Biden to the Vatican at noon on Oct. 29, soon after the president arrives in Italy to participate in the G-20 Summit, which will focus on the COVID-19 pandemic and global health, the global economy and climate change.

The first US president to visit the Vatican was Woodrow Wilson, who met with Pope Benedict XV in 1919 while on a European tour after World War I. Then, a full 40 years later, Dwight D. Eisenhower met Pope John XXIII in 1959.

Since then, each US president has made a trip to the Vatican.

Kennedy’s time in the apostolic palace included a private meeting with the pope and an exchange of gifts – a copy of Michelangelo’s Pietà for the president and a desk set engraved with the papal and presidential seals for the pope – but also a speech from Pope Paul.

A formal speech to a visiting president was a staple element in papal audiences in the pontificates of St. Paul VI and St John Paul II, but now has disappeared.

Meeting Kennedy, Pope Paul praised the United States as a “noble nation” that had been and continued to be generous in helping the world’s poorer nations, and he lauded the president for promoting “the higher moral principles of truth, of justice and of liberty” in his speeches.

Aware of the ongoing civil rights movement, the pope said St John XXIII “presented anew to the world the church’s constant teaching on the dignity of the individual human person, a dignity which the almighty Creator bestowed in creating man to his own image and likeness.”

“We are ever mindful in our prayers of the efforts to ensure to all your citizens the equal benefits of citizenship, which have as their foundation the equality of all men because of their dignity as persons and children of God,” the pope told Kennedy.

Pope Paul welcomed President Lyndon B. Johnson to the Apostolic Palace at 9 p.m. on Dec. 23, 1967. The late hour meant no formal speeches. But the Vatican’s longer-than-usual statement on the meeting said the two focused on the war in Vietnam and the pope’s “deep and painful apprehension” over the escalating conflict and its victims.

Coming so close to Christmas, the pope gave Johnson a 16th-century painting of the Nativity. The president gave the pope a bust of himself, which the Vatican yearbook, “Attività della Santa Sede,” described only as “a fine sculpture in bronze.”

Abortion became legal across the United States with the Supreme Court ruling Roe v. Wade in 1973. In addition to always reminding the United States of its responsibility for promoting peace and aiding development, Pope John Paul’s speeches to visiting US presidents consistently called for respect for human life from conception to natural death.

A papal speech is not expected as part of President Biden’s visit.

Jen Psaki, White House press secretary, said the two “will discuss working together on efforts grounded in respect for fundamental human dignity, including ending the COVID-19 pandemic, tackling the climate crisis and caring for the poor.”

Biden knows what Pope Francis thinks about abortion; whether the two will talk about it specifically is hard to guess.