Vatican at COP26: Hearts, habits must change fast to care for creation 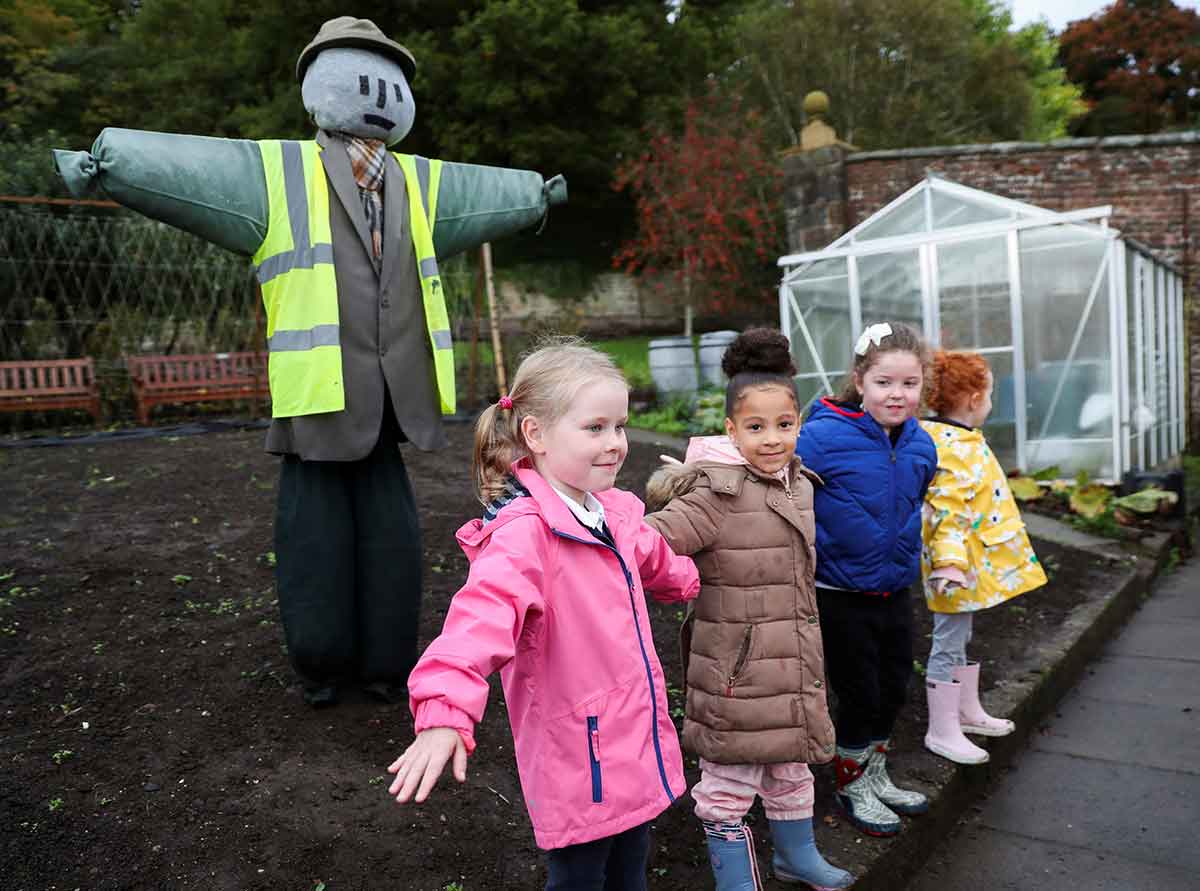 By Carol Glatz – Even though Pope Francis will not attend the 26th U.N. Climate Change Conference in Glasgow in person, the Vatican delegation and the Catholic Church will be “everywhere” during the two-week summit – from the highest-level private negotiations to the sidelines with grassroots “social action” and community-led events, said two delegates.

And most importantly, church representatives will bring with them the people that climate change affects the most “to make sure that the voices of the Global South are heard clearly and are taken seriously. This cannot be a meeting about them without them,” said Alistair Dutton, a member of the Holy See delegation to COP26 and the chief executive of Caritas Scotland’s Scottish Catholic International Aid Fund (SCIAF), which is one of a number of key local organizers.

Increasing their visibility is important because past climate conferences have shown “those who are suffering most already get pushed to the sidelines, and it ends up being a talking shop among the wealthier nations,” he told Catholic News Service Oct. 19. He said SCIAF was covering the expenses of a group of people from Malawi, Zambia, Colombia and other nations so they could attend COP26 to call for urgent action against the climate crises they already live with.

Hosted by the United Kingdom in partnership with Italy, the Oct. 31-Nov. 12 global climate summit aims to have world leaders put forward concrete ways to cut global emissions by half by 2030 and reach “net-zero” emissions by 2050 as part of efforts to limit global warming to 1.5 degrees Celsius. Negotiations will also focus on helping protect biodiversity and honouring promises to fund action in developing countries, particularly in helping them adapt, mitigate and recover from the harm caused by climate change.

These will be the same priorities the Holy See delegation will be insisting on, Salesian Father Joshtrom Kureethadam, coordinator of the “ecology and creation” desk at the Dicastery for Promoting Integral Human Development, told CNS Oct. 21.

“We go there to represent the church, as Christians” and as one of the many faith communities that know the Earth is not just a planet, but is God’s creation, he said. The delegation will also represent the voiceless and the vulnerable who did not cause the climate crisis but are its “early and disproportionate victims.”

Dutton said financial compensation for “loss and damage” experienced by so many poor and vulnerable people will be a “big issue, particularly for the Global South, during COP26.”

For example, funding is needed by those whose livelihoods have been damaged by climate change and by the poor whose land has disappeared under rising sea levels so they can buy new land elsewhere, he said.

That means all money raised for developing countries as promised in the 2015 Paris Agreement must be split evenly between climate change adaptation and mitigation, he said, because currently most funding is prioritized for mitigation and technologies aimed at reducing emissions.

The $100 billion pledged a year should “not all be spent on rich people playing with new technology while poor people just cannot survive where they are,” Dutton said.

The Vatican delegation, led by Cardinal Pietro Parolin, will include officials from the Secretariat of State and the integral development dicastery, as well as from two local Catholic organisations: SCIAF and CAFOD, Dutton said.

Even though it is “hugely disappointing,” Pope Francis will not be in Glasgow in person, Dutton said, there is no doubt how committed he is to caring for creation, which has been “the defining issue of his papacy.”

“His words live on” and give the delegation a platform to build on, he said.

Members of the delegation will be actively engaged in the so-called “Blue Zone,” which is the U.N.-managed space hosting the official negotiations with delegations from observer organisations and the more than 190 government “parties” who signed the U.N. Framework Convention of Climate Change.

They will also be contributing to side events in the “Green Zone,” managed by the U.K. government for the general public in order to promote dialogue, awareness and active commitments. Here, there will be “sacred spaces” for reflection, a big march on Nov. 6 with a “faith and belief section” with bishops and parishes, and there will be a Mass on Nov. 7 followed by an interfaith service, Dutton said. “The church will be everywhere.”

Vatican delegations did the same at past climate summits, Father Kureethadam said. “That is one of the strengths of our delegation because we have so many of these contacts” with local organisers.

It reflects the church’s “multilateral approach” of working with all levels of civil society – from the top-down with the U.N. and governments to the bottom-up with local communities, he added.

Also, “it is much more inspiring and reinvigorating to be in the Green Zone,” he laughed, “but we need both.”

SCIAF, for example, will put pressure on Scotland to fulfil its promises, and will “translate” that into local action “so when it’s all over, people don’t go, ‘What was that all about?’ but they have a clear sense of the role they can play,” he said.

Inspiring political leaders to support the right kind of policies is not enough because if they are not reelected or the issues are no longer “in vogue,” the policies may not survive or could get reversed, unless they are also strongly supported by the people, he said.

Dutton said the world’s bishops’ conferences “should be playing much more of a role,” speaking out, holding political leaders to account and warning that if the target is missed, it is “a massive instance of global injustice.”

However, he said, truly caring for the environment, “ultimately that’s going to have to come from the grassroots.”

The church has the “capillary network” to be able to “really mobilise every community in every country” and prompt the “conversion in the hearts of each individual” that will make the difference, Dutton said.

“Each one of us will have to stop pumping carbon into the world,” which means rethinking what transport they use, how they heat and cool their homes, what food and products they buy and how many miles things travelled to get from the producer to consumer, he said.

He asked, “Are we willing to live differently so that others get to enjoy the planet we inherited?”