Novelist with a Catholic Vision 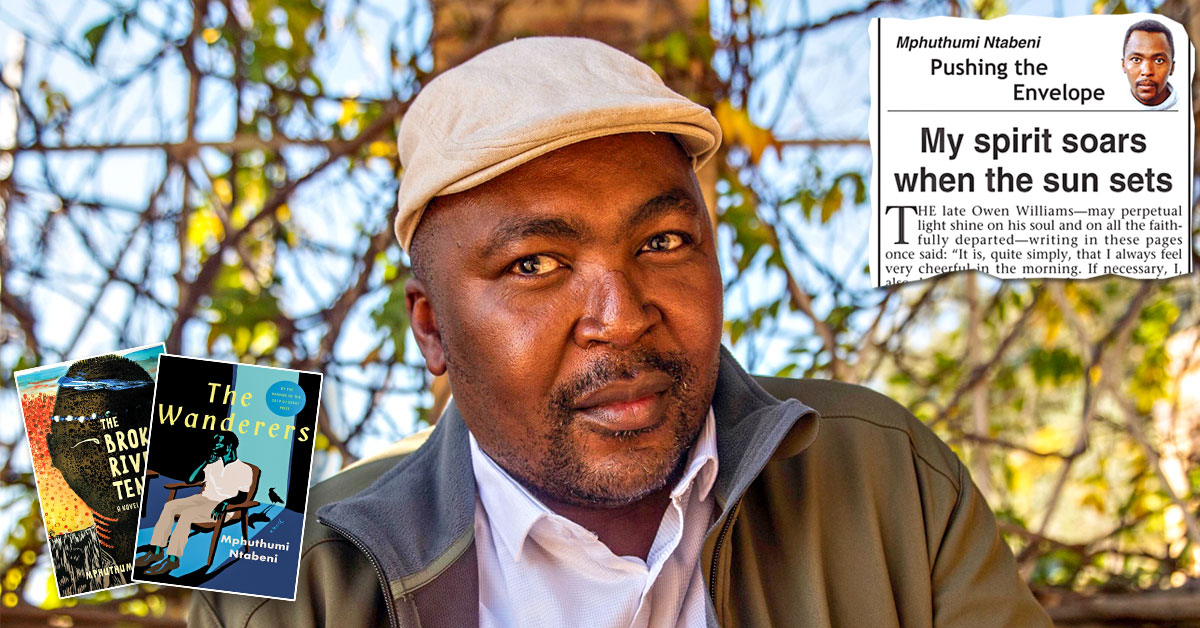 Catholic writer Mphuthumi Ntabeni is the author of two acclaimed novels. He talked to Daluxolo Moloantoa about his writing, influences and faith.

Earlier in the year, The Southern Cross asked: “Who will write the story of the Church in South Africa?” The Church is by no means short of those who can do it. Award-winning writer Mphuthumi Ntabeni could be one of them. For the moment, though, he is telling the history of the Xhosa people — a history which is intertwined with early Christianity in South Africa — and the politics of identity in contemporary South Africa through his historical-fiction novels.

Loyal Southern Cross readers will remember Ntabeni as a regular columnist from 2007-20. Read his columns here.

Born in Junction Village, near Queenstown in the Eastern Cape, Ntabeni received his primary schooling at Cwele Catholic School in Ngqeleni, near Mthata. He matriculated at Freemantle High School in Lady Frere — one of the oldest Methodist schools in the country — and is a graduate of the  Wits University School of Architecture.

Although he received an early Catholic schooling, he was raised a Methodist, as most of the Mfengu clan people were. AmaMfengu were the early Xhosa Christian converts.

Ntabeni himself converted to Catholicism “after undergoing what I now call my first midlife crisis, at 23 years of age”. He recalls: “After high school I kind of became neglectful of my spiritual life. I was agnostic. But I never really lost the sense of God as the ground of all Being. I’ve always found the historical Jesus — Yehoshua — the most fascinating person in all history.

“Then I was hit with what I would call an existential angst. I began my quest to figure out what the point is to all of this, which sometimes seems like ‘primordial absurdity’, in Camus’ language. I later realised that in Catholic spiritual language, it is called the ‘dark night of the soul’,” he says. “I guess in today’s parlance, it would be classified as some form of depression. I’ve never fully emerged from it, but I’ve learned to tame it with faith, a rigorous drive to know, expanding my consciousness, and an indefatigably assuring voice within that whispers words I understand so well from Julian of Norwich, ‘All will be well. And all manner of things shall be well,’” Ntabeni explains. He also cites the writings of English Carmelite Sister Ruth Burrows as an influence in his spiritual life.

Writing came later in his life. “I regard myself as an avid reader — mostly of literature, history and philosophy. I became eager to share what I was learning with other people. I‘m also the first student of my own writing. But I’m also starting to believe that I may be a writer by vocation, because it is where my spirit rests,” he says.

In 2007, Ntabeni wrote a reader’s letter to The Southern Cross. Editor Günther Simmermacher recalls that time: “I spotted a good writer in that letter, so I googled Mphuthumi and found his blog. I liked his style and offered him a column.” That column would run for more than 12 years, and it touched on diverse topics pertaining to faith, contemporary politics, Christian history and the Church in South Africa today. Writing for The Southern Cross, Ntabeni says, was an opportunity to learn ways of applying his faith in daily life, for example by studying the Catholic Social Teachings, “which I believe is our faith’s greatest gifts to the world”.

“I discovered in my readings that most of what is best in the modern world’s organisation has its seeds in the canon of the Church’s Social Teachings, including the enlightenment away from invidious things like slavery. The Church structure also gave seed to constitutional democracy. Many of what passes as Western civilisation today would not have been possible without the Christian religious message. Most people don’t know these things. This is another aspect that drew me to the Catholic Church, when I read the history of the world. I was able to see that, with all its faults, the Church has also done greater good in the world.” 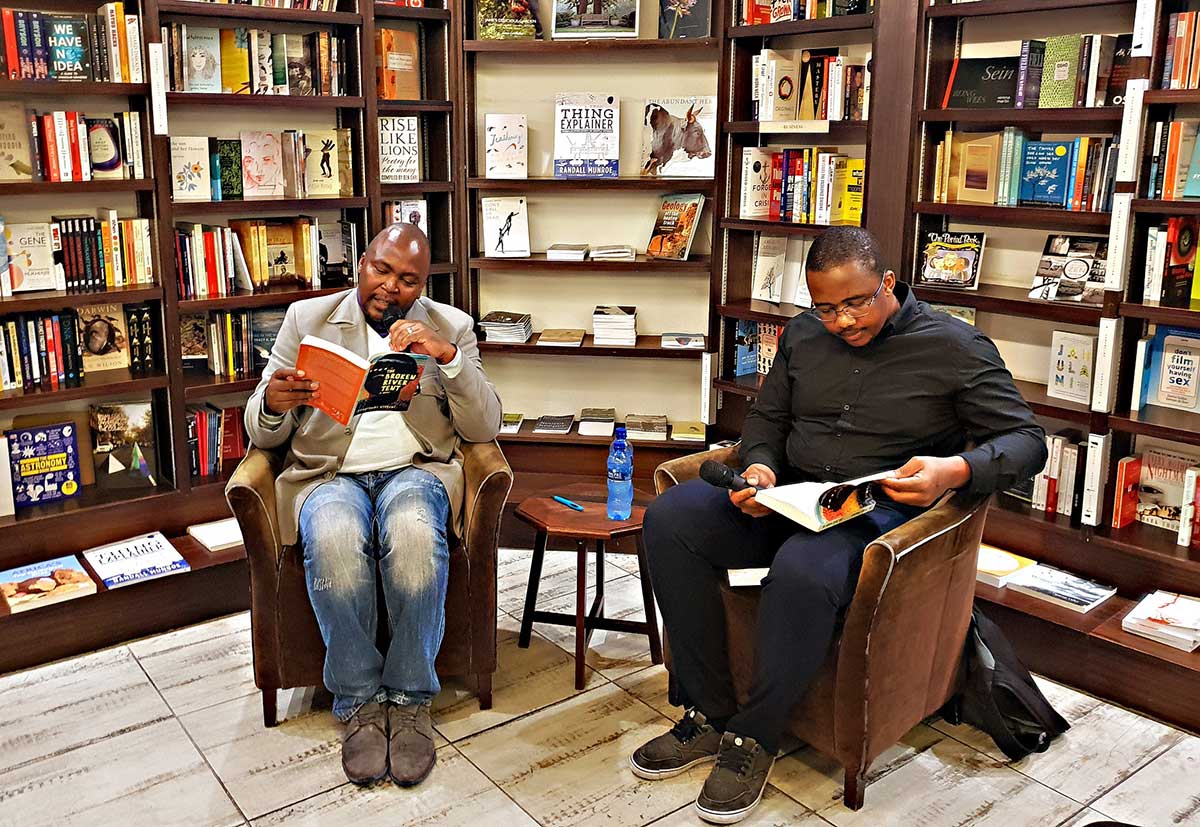 Ntabeni has published two novels so far. His 2018 debut, The Broken River Tent (Blackbird Books) won the Best Debut Award at the University of Johannesburg Prizes for South African Writing in English in 2019. His second book, The Wanderers (Kwela), came out in 2020. Both have been well-received by the critics. As one of only a handful of historical-fiction novelists in South Africa, Ntabeni’s novels touch on contemporary issues in society from a historical perspective. He believes this is of paramount necessity in addressing some of the collective issues faced by South African society.

“I write to make history a little more palatable to those of us who are not formal historians. Many of us are very ignorant of our real history in this country because it was repressed or told from a point of prejudice by the colonial and apartheid masters. There’s a dire need to correct this if we’re going to be able to refute people who say things like ‘colonialism wasn’t that bad’ or claim that things were better under apartheid.”

The Broken River Tent touches on the land invasions by British colonialists in the Eastern Cape in the 1800s. This, Ntabeni says, is a part of South African history which has been told from a one-sided perspective, and rarely from the Xhosa point of view. “Besides the fact that it is the history of the region I come from, it is also hidden, suppressed or told from a position of prejudice against us amaXhosa in most official writings of the past, such as British government papers, the journals of their soldiers, and so on. I wanted for the story to be told, for once, from the Xhosa perspective. What I understood — almost too late — is that God uses history to progressively proportion Revelation according to mankind’s ability to understand it. The task of the Church is to watch over the march of truth in history,” he says.

The Wanderers focuses on a daughter’s yearning and search for a long-lost father. It shines a light on black identity in contemporary South African society today, against the backdrop of the struggle against apartheid.

“The Wanderers is a study of rootlessness, of what it means to be homeless everywhere in the world,” the author says. The story draws on the story of Abraham — “that quintessential wanderer from Ur, and the father of rootless faith and a founder of Jewish identity” — and Homer’s odyssey, before it arrives “closer to my own identity of amaMfengu, the black blighted wanderers that arrived in the Eastern Cape from the banks of Thukela almost at the same time as British settlers in the 19th century”. It moves into modern times with a globetrotting Soviet-trained MK soldier and his daughter, whom he never met, going to look for him.

“I know it sounds complex,” Ntabeni laughs, “but I’ve been told that it’s an easy, straightforward read.” He notes that secular reviews have tended to stay away from the novel’s religious elements and language which “I used more to explicate things than to proselytise, although the book is subtly evangelical in its interrogation of the Christian promises for the after-all”.

He cites St Augustine’s style, purpose and writing as an influence. “I believe he was the first psychologist and historical novelist, in the strict sense of never deviating from historical facts, while infusing them with psychological insight and spiritual purpose. I love also St John Newman for depth of enquiry and humility in following truth wherever it leads, no matter how uncomfortable you may find the process to be. It is very important for me to think and write with a sense of historical and philosophical insight,” Ntabeni says.

The Southern African Church’s communication is a concern for the novelist. “Right now, the local Church is its own worst enemy because of poor communication strategies. It doesn’t tell at all its good stories, so the secular press reports only its bad side. The Anglican Church is far more astute with communication than us,” he says, noting that good attempts at communicating are undone when leadership changes. Ntabeni believes that improvements ought to be made in telling the Catholic story to the broader society, from a historical perspective and about the Church’s great work today.

“Many of us don’t properly know the history of the Church in general. My goal in writing, even as I prefer to use a secular language, is to expose, in a fair manner, the history, values and precepts of the Christian faith in a way that all people of goodwill would be able to relate to and make up their own minds about. I actually intuitively learnt that from reading the evangelists and the Church Fathers. Their language is fresh and honest as the morning dew to me. I imagine how it would have felt to be Luke, an educated man of goodwill, hearing the news and the happenings around the person of Yehoshua before the mystical and theological lexicon took over. I find the Gospel of Luke so sublime; it is my favourite. I find it to be matter-of-fact sober and comprehensively historical,” Ntabeni says.

His advice to budding Catholic writers: “It helps to forge a good relationship with the Holy Spirit, the Lord, the Giver of Life who is always renewing the world. From that you may gain gifts of honesty, discernment, chastity, moderation, prophecy and so on. The Lord, the Giver of Life, will put you under her wing, and now and then take you to the mountain top to show you figments of the world to come, even if, like Moses, you might not reach it in your own body. But you can commit it to paper and make your offering, between life and death, to the next generation. And Read! Read! And then read some more.”