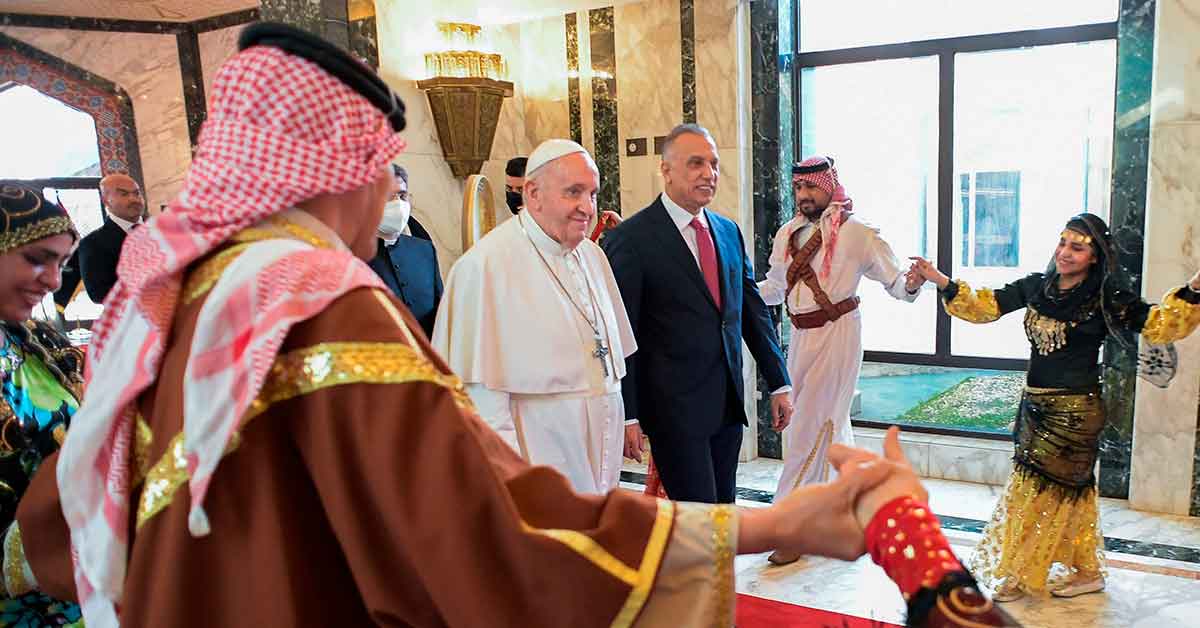 Pope Francis walks alongside Iraqi Prime Minister Mustafa al-Kadhimi as he arrives at Baghdad International Airport on March 5, 2021,  The pope sent a message to the Iraqi prime minister after a Nov. 7 drone strike on his home in Baghdad. (CNS photo/Vatican Media)

Pope Francis condemned a drone attack on the Iraqi prime minister’s residence as a “vile act of terrorism” and expressed his hope that all people in the country would pursue peace through dialogue.

The prime minister was not hurt, and the residence apparently suffered only minor damage, but the fact that the drones could reach the residence drew concern.

In his telegram to al-Kadhimi, Cardinal Parolin wrote that the pope wanted him “to convey his prayerful closeness to you and your family, and to those injured.”

“In condemning this vile act of terrorism, His Holiness once more expresses his confidence that with the blessing of the most high God, the people of Iraq will be confirmed in wisdom and strength in pursuing the path of peace through dialogue and fraternal solidarity,” the message said.