Priest Who Led Catholic Community in Afghanistan Longs to Return 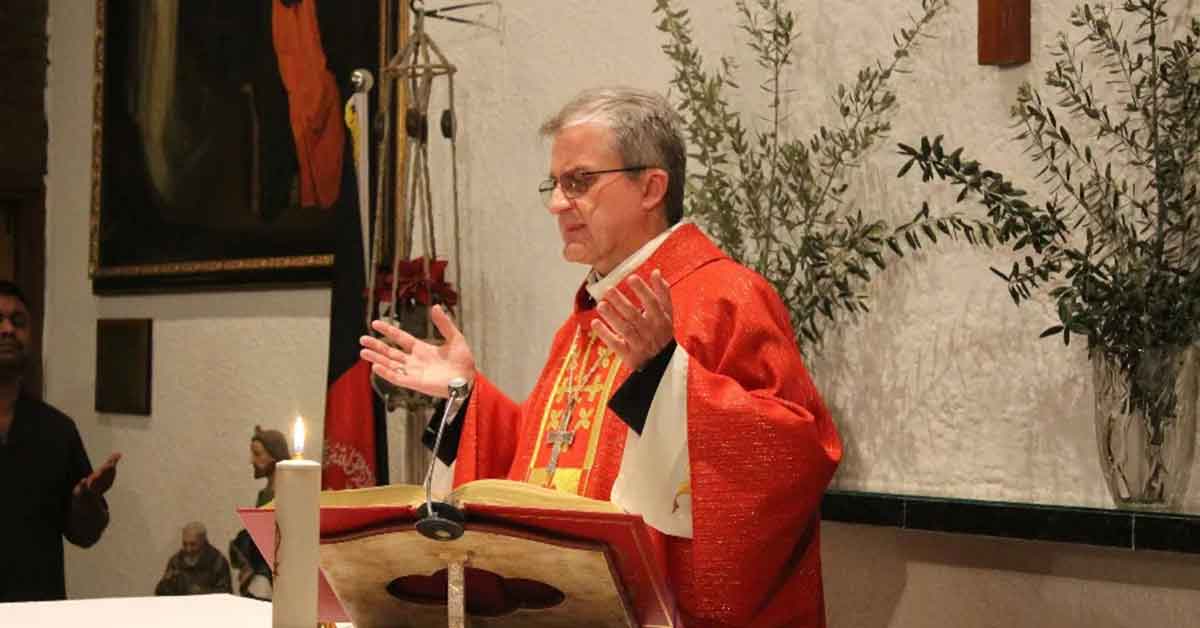 Following the Taliban takeover, there is no longer a Catholic community to speak of in Afghanistan. But Fr Giovanni Scalese’s eyes are set on the future, not the recent past.

The Italian priest who has led the Mission Sui Iuris of Afghanistan since 2014 is hopeful that the country will eventually return to a “normal situation” in which foreign personnel can return and live the faith “without limitations.”

He underlines that Catholics “are not interested in who is in government: we just need no obstacles to the exercise of religious freedom.”

Fr Scalese, a member of the Barnabites, took over the Afghanistan mission from Fr Giuseppe Moretti, who had led it since it was established by Pope John Paul II in 2002.

Moretti was also a Barnabite because the mission in Afghanistan has been entrusted to the religious order also known as the Clerics Regular of St. Paul since 1933.

This mission, which extends to the whole of the country, is based at a single location: the Our Lady of Divine Providence Chapel, the Italian embassy’s chapel in the capital, Kabul.

Back in 1919, Italy had asked Afghanistan’s ruler, Amanullah Khan, to build a Catholic place of worship. He agreed as he wanted to express his gratitude to the Italian government for being the first to recognize the country’s independence that year.

Today, the chapel is empty as Fr Scalese returned to Italy after the Taliban took power. Arriving in Rome on Aug. 25, he brought with him a number of Missionaries of Charity and 14 disabled children cared for by the sisters.

In an email interview with CNA, Fr Scalese outlined the situation in Afghanistan and shared his hope for a future in which everyone can exercise freedom of expression.

He said: “I hope that, as soon as possible, we can return to a situation of normality — which means peace, stability, security — and that, therefore, foreign personnel can return to the country and can also live their faith without limitations. We do not care who is in government: it is enough that no obstacles are placed to religious freedom.”

Reflecting on his role in Afghanistan, Scalese said that he could be described as a missionary “only in an analogical way.” This is because his ministry was limited to the spiritual assistance of Catholics, the vast majority of whom were foreigners, while “any form of evangelisation is excluded a priori” in Afghanistan.

The very term “mission” is considered highly sensitive in the country, though the priest noted that “no one ever had a problem when that term was used for NATO military missions or the humanitarian missions of the United Nations.”

He said that proselytism “was excluded from the very beginning,” but initially “the pastoral activity of foreigners could take place without restriction.”

But the coronavirus pandemic had a heavy impact on the local Catholic community as the Italian embassy’s chapel was forced to close when the embassy itself entered lockdown.

“In the last seven years, it had become increasingly difficult for me to leave the Italian embassy and for the faithful to leave their respective compounds (diplomatic representations and humanitarian and international organisations) and enter the green zone and the embassy,” he said.

“Over the past two years then, due to the pandemic, many faithful returned to their countries. The embassy was subjected to a strict lockdown, so for several months I was forced to celebrate alone.”

He went on: “Only from October 2020 were the Sisters readmitted for the Sunday liturgy. The other few faithful who remained had the opportunity to participate in the Eucharist only at Christmas and Easter.”

The Taliban’s arrival created even more complications, though at first there was some hope that the status quo would be maintained.

“Once the Taliban took power, they asked foreign NGOs to stay,” Scalese recalled, but many decided to leave or operate only through local staff.

He noted that three Catholic groups — the Jesuit Refugee Service, the Missionaries of Charity, and Pro Bambini di Kabul (“For the Children of Kabul”) — left the country “for prudential reasons.”

Fr Scalese, who is continuing to monitor the situation in Afghanistan, said that “if the conditions were to be met for a resumption of activities, I think no one would hold back.”

He explained that “until now for religious personnel, the only possibility of carrying out activity in Afghanistan was to be registered as social workers, within a non-governmental organisation recognised by the government.” Their work was well regarded.

The Italian priest observed that the United Nations and the European Union want to reopen their offices in Afghanistan to distribute aid.

“Personally, I believe that it is inevitable that this will happen in agreement with those in power today,” he said. “I don’t think there is any point in marginalising internationally — or worse, demonising — the current government. If you want to help the Afghan people, you need to be willing to work with anyone, regardless of the ideological differences that may divide us.”

He added: “My position has always been clear: I would not have left the country while even a single sheep was left of my little flock. Then when the pastoral staff of the mission preferred to go for prudential reasons, there was no longer any reason for me to stay.”

Fr Scalese saw the departure as inevitable also because, with the embassy closed and local collaborators evacuated, “it was rather complicated to stay in place without being able to count on any support.”

It remains unclear when he will be able to return to Afghanistan.

“Any decision regarding a possible return — by me or a successor — is the responsibility of the Holy See,” he said.

“However, I know that the Secretariat of State is following the situation closely so that a decision can be made when the time comes.”