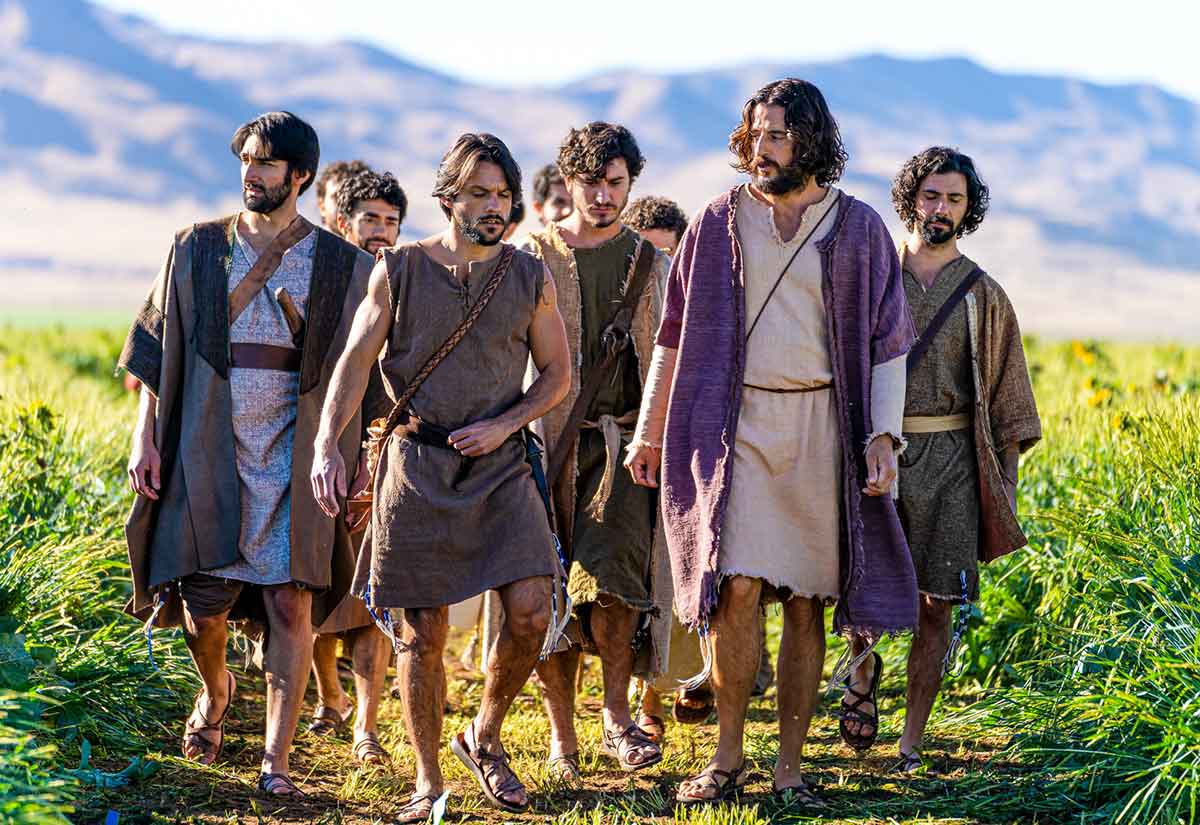 Jesus (played by Jonathan Roumie) with the purple cloak walks with (from left) “Big James”, Thomas, Simon Peter, John and Andrew in a scene from The Chosen.

Günther Simmermacher watched Season 2 of the Gospel-based series The Chosen — and liked it.

If all of the things Jesus did “were written down in detail, I do not suppose the world itself would hold all the books that would be written”, St John wrote to conclude his Gospel. There’s indeed much we know about Jesus, and yet so much more we don’t. The captivating TV series The Chosen seeks to provide a glimpse of what life with Jesus might have been like for the disciples — an area of Our Lord’s life we know only from isolated snapshots.

The Chosen, a critically-acclaimed series now in its second season, is a response by filmmaker Dallas Jenkins to compensate for the shortage of good Bible-themed dramas. Since producers aren’t lining up to produce religious material, Jenkins took the modern route of financing The Chosen through crowdfunding. And this gives his Angel Studios the freedom to make the series available for free on its website or via an app (which chromecasts in great quality to your TV). In this way, The Chosen is perfect for binge-watching.

In a commentary, Jenkins says that he doesn’t really like most Christian productions, and I think I know what he means. The Chosen has high production values, a superb cast, and a fresh attitude. The characters use contemporary phrases, just as the disciples would have used the idioms of their time. And for a series based on Scripture, The Chosen exhibits a refreshing sense of humour. At one point, Mary observes that “Jesus was always a hard worker”. After a pause, she adds: “He gets it from his father…well, both of them perhaps.”

Focus on the disciples

In the first season of The Chosen, Jesus doesn’t feature until the third episode, while the focus is on Mary Magdalene, Simon Peter, Andrew and Matthew. In Season 2 we see a bit more of Jesus, but the focus is firmly on the disciples, especially Philip, John, “Big James”, Nathaniel (aka Bartholomew), Thomas and Simon the Zealot. 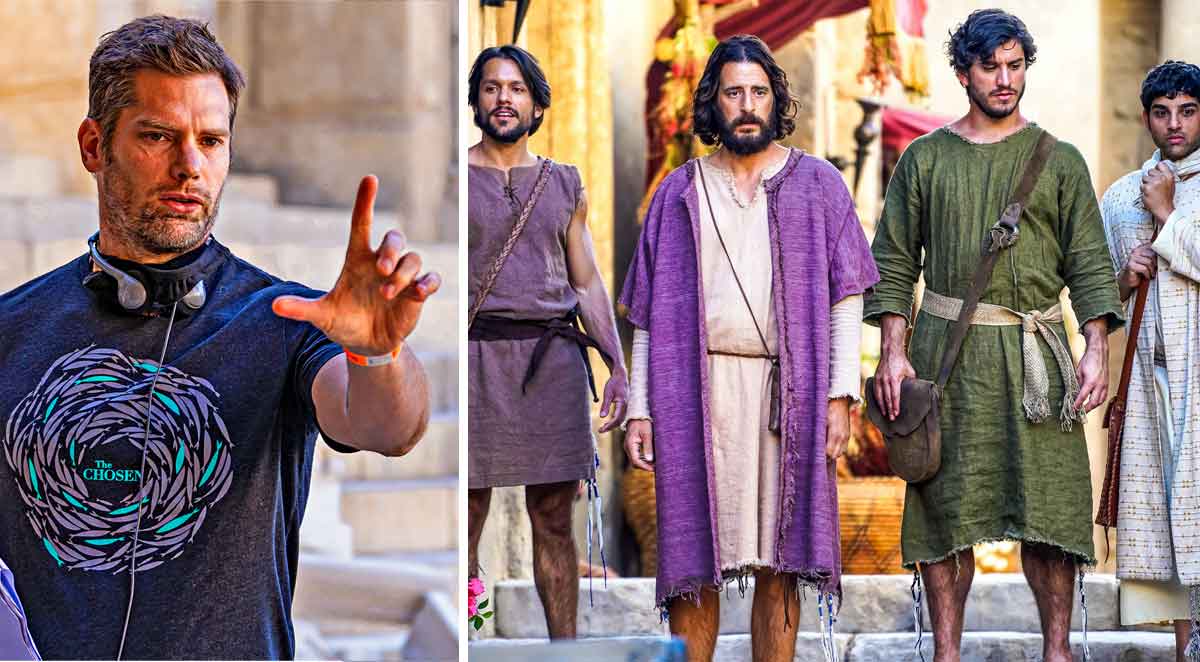 (Left) Dallas Jenkins, producer and director of The Chosen. (Right) A scene from The Chosen.

The voice of reason is Philip, the charismatic friend of John the Baptiser (as Jesus’ cousin is named here), who mentors the nervous Matthew and tempers the fiery Simon Peter, Andrew and the “Sons of Thunder”.

For now, Jude Thaddeus and “Little James” are peripheral, and Judas Iscariot joins the group in the season’s finale.

To tell their stories, and how the disciples relate to Jesus and one another, requires a lot of artistic licence (and some chronological innovation). Obviously, The Chosen is not a historical documentary but a dramatisation of events, some recorded in the Gospels and some imagined. But it serves to illuminate the context of the time. More than that, it asks good questions, such as how the disciples from Capernaum related to the former tax collector Matthew. By extension, those scenes ask us to contemplate how we relate to our adversaries.

Most importantly, the series allows us to join this bickering band of brothers, who are united by their complete dedication to the Master, as they try to make sense of their journey. The disciples — they are “the chosen” of the title — are great company. They are earthy people who tease, annoy and support one another; they are puzzled by the ways of Jesus; they are sometimes conflicted about what they have joined up for; some of them feel unworthy — and sometimes a little too worthy.

Initially it might be difficult to identify which beard belongs to which disciple. But at the core of the story is the main beard: Jesus of Nazareth. I can’t think of a better portrayal of Jesus on film than that by Jonathan Roumie. The actor, who describes himself as a “born-again Catholic”, is a persuasive and accessible Jesus.

In The Chosen, Jesus is not an obscure wandering preacher. He attracts the suspicions of the Romans and of the Jewish establishment, which makes Jesus not just a religious but also political figure — a reality that will come into play in the events of Holy Week.

There is still a long way to go until that point in The Chosen. Dallas Jenkins plans on producing seven seasons, all of which he intends to finance by crowdfunding. But even seven seasons might not be enough. If all of the things Jesus did were filmed in detail, I do not suppose the Internet itself would hold all the films that would be made.

Both seasons of The Chosen can be watched online or get the app at Google Play or App Store. See our review of Season 1