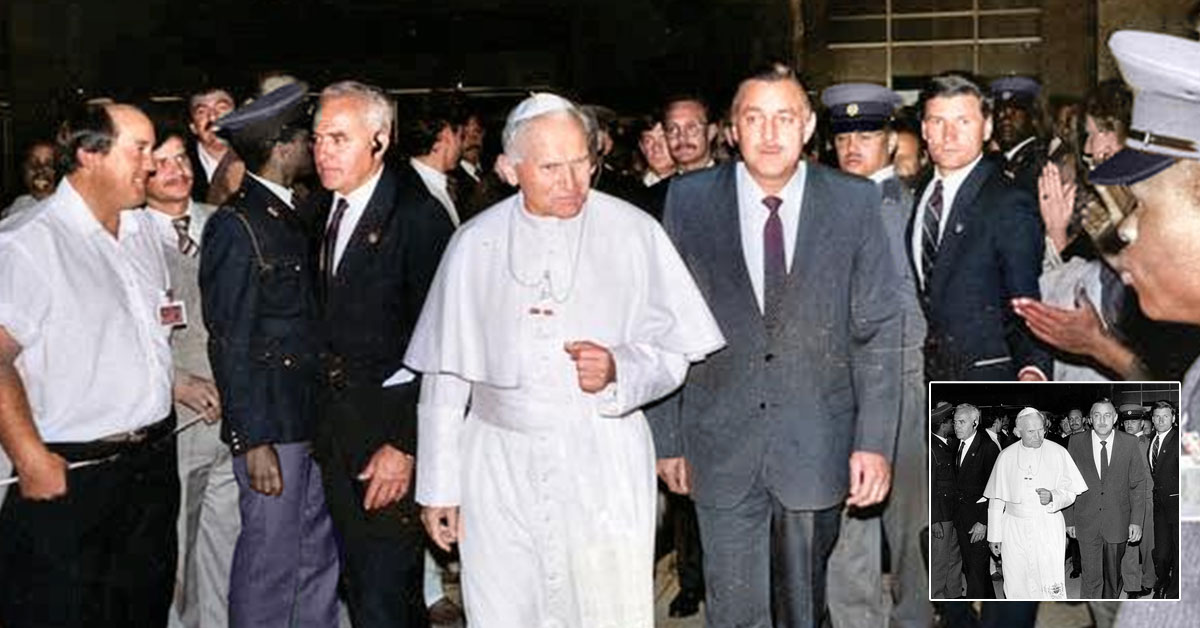 Pik ‘n Pope: South Africa’s foreign minister Pik Botha escorts Pope John Paul II through Jan Smuts Airport after the papal flight made an emergency stop in Johannesburg during the Holy Father’s flight from Botswana to Lesotho, during the papal visit to Southern Africa in September 1988 (see our Vaults).

The pope’s itinerary pointedly excluded South Africa because of the country’s apartheid system. The papal flight onboard an Air Zimbabwe Boeing 707 had been ready for landing in Maseru but storms had knocked out the airport’s navigation beacons and radio signals. With too little fuel to return to Botswana, the plane was forced to land in Johannesburg — where a beaming Botha and a big entourage were ready to welcome the visibly uncomfortable pontiff.

A motorcade of 25 cars, led by the pope in a bullet-proof silver BMW, brought the papal party safely to Lesotho, where John Paul would beatify the Oblate missionary Fr Joseph Gérard. (Read the story of that strange weekend)

Pope John Paul II would make a very short visit to South Africa in October 1995, still the only papal visit to the country.