Who are the Different Marys in the Gospels? 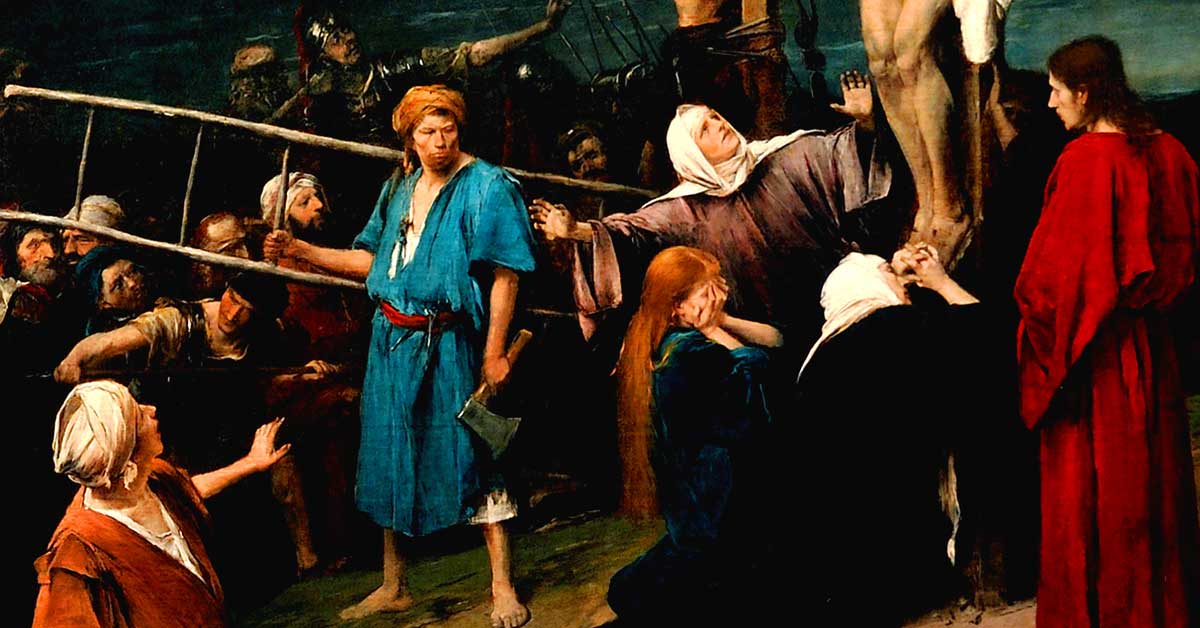 Question: It seems that Mary was a popular name in the times of the Gospel. Could you guide me through the individual women by that name in the New Testament?

Answer: The name Mary — or Maryam in Syro-Aramaic, the language of Jesus — does indeed appear often in the Gospels: 54 times. The most famous of them is, of course, the Blessed Virgin Mary. Catholics require no introduction to the mother of Our Lord.

The second-most famous one is Mary Magdalene, and she may require a reintroduction to Catholics. This follower of Jesus is often conflated with another Mary: the sister of Lazarus and Martha from Bethany in Judea. The conflation of the two Marys, with the added twist of prostitution and the woman caught in adultery, had its roots in a famous homily on Luke’s Gospel delivered by Pope Gregory the Great in 591. From there the idea of either of these, or their composite, as a repentant prostitute took hold, reinforced by depictions in art. In reality, there is no hint in Scripture to identify either one of these Marys, from Magdala or Bethany, as a sex worker or adulterer.

Mary Magdalene, the Gospels reveal, was a woman of independent means who accompanied Jesus and his band of followers on their itinerant way, supporting them materially. She had suffered from demonic possession (or possibly a mental condition) which Jesus had healed, and she was held in high esteem by him. Famously she was the first person to announce the risen Christ, and is known as “The Apostle to the Apostles”.

The idea that Mary Magdalene was romantically involved with Jesus is the fiction of novelists which may or may not draw from the medieval legend that she eventually found refuge in southern France.

Mary of Bethany is mentioned by name in John’s Gospel. Medieval Western Christianity, as mentioned before, conflated Mary of Bethany with Mary Magdalene and with the “sinful woman” — not a prostitute — who dries Jesus’ feet with her hair, kisses them and pours perfume from an alabaster jar on them.

John does mention Mary of Bethany as the woman who “poured perfume on the Lord and wiped his feet with her hair”. That Mary is probably the same Mary, sister of Martha, whom Luke refers to as sitting at the feet of the Master (Luke 10:38–42). But — and in Scripture scholarship, always expect a “but” — Luke places that scene in Galilee, not in Bethany, which is near Jerusalem. So the Mary and Martha in Luke might be separate people from the sisters of Lazarus in Bethany. Or Luke got his locations mixed up, and they are the same people.

From here on it gets even murkier with the Marys, but Catholic scholarship and tradition help us make sense of the various women named in the Gospels.

Mary, the wife of Clopas, gets a name-check in John 19:25 as one of the women standing at the cross during Christ’s crucifixion. The Evangelists can’t agree who exactly was at the cross. But the Catholic Church identifies her as “the other Mary” mentioned twice in Matthew. She was also the mother of James the Younger, whom Mark and Luke locate at the empty tomb.

Some conflate her with “Mary the mother of James and Joseph and the mother of the sons of Zebedee” in Matthew 27:55-56. But Catholic scholarship tends to identify Mrs Zebedee as Mary Salome. Catholic tradition also identifies her as the mother of John Mark, who joined Paul and Barnabas on their missionary journeys (Acts 12:12).

There is one more Mary in the New Testament: In his letter to the Romans, Paul asks the recipients to “greet Mary, who has worked hard for you” (Romans 16:6). Nothing more is known about her.

So, how many Marys were at the cross? It depends firstly on the Evangelist you trust most, and then on separating or conflating the various Marys. Catholic tradition settles on four: the Blessed Virgin Mary, Mary Magdalene, Mary of Clopas, and Mary Salome. Mark’s Gospel locates the latter three at the empty tomb on Easter morning.