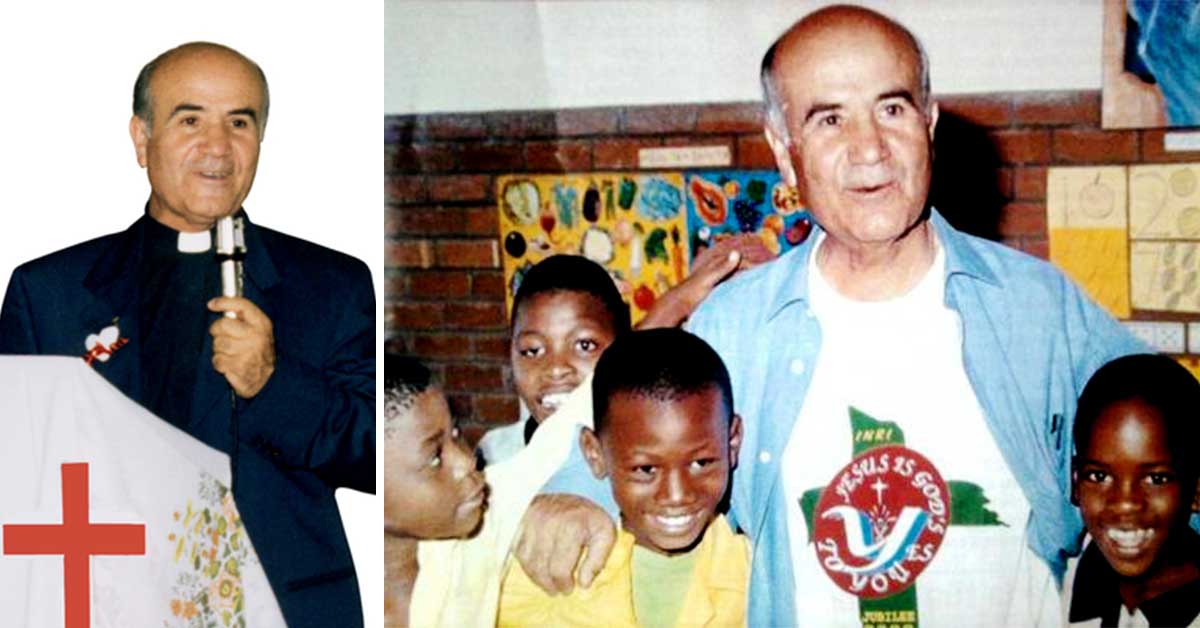 Fr D’Annucci with learners of Bethesda Special School, which he had built.

On December 8 we will mark the 20th anniversary of the murder of Fr Michael D’Annucci. Daluxolo Moloantoa looks at the Stigmatine priest’s life and legacy.

A phone call at 16:15 on Saturday, December 8, 2001, “changed my life and the lives of many Stigmatine Fathers and South Africans forever”, says Fr Gianni Piccolboni. “Like a flash, the news of the hijacking and murder of Fr Michael D’Annucci travelled around the world. My race to the crime scene was in vain. The rush to the hospital and encountering the sad reality was even more devastating,” the priest writes in a forthcoming book to mark the 20th anniversary of Fr D’Annucci’s murder.

Early in the afternoon of that December 8, Fr Michael at in the driveway of the home of a family he had been visiting in Soshanguve, north of Pretoria, when he was accosted by three hijackers. He was shot in his foot, then in his hand and finally in the head — because he refused to hand over the car keys. Then the hijackers dragged him out of the car and sped off. They left the Italian-born Stigmatine priest for dead. The murderers were eventually caught and sentenced to life. In 2002, Fr D’Annucci was included in official martyrology documents in Rome.

Born on September 17, 1941, in the small village of Atella in southern Italy, Michele D’Annucci entered the Stigmatine novitiate in Verona in 1961, making his perpetual vows in 1964. He came to South Africa in 1967, completed his theological studies at St John Vianney Seminary in Pretoria, and was ordained a priest on June 22, 1969, at the Most Holy Redeemer mission in Mmakau Village, north-west of Pretoria. Over three decades in which he personified the spirit of “community serving humanity”, his remarkable acts of charity left an indelible mark on the townships and villages north of Pretoria.

He undertook every task with joy, courage and determination, always overcoming obstacles. A multifaceted, intelligent and modern model of a missionary, he expressed the greatest of himself through all that he accomplished. This is captured in the book of tributes to published to coincide with the 20th anniversary of Fr D’Annucci’s death. Titled Masusumetsa: Tributes to a Martyr of Charity (Masusumetsa was his Setswana nickname, meaning changemaker), the book is co-edited by Donatella D’Annucci and your present correspondent. “The book is a platform to give expression to the constant stream of personal memories and messages that I receive about Michael, even this long after his passing,” says Donatella, Fr D’Annucci’s niece. “This is the type of legacy that he carved, and the impact that his life had on everybody who crossed paths with him, especially during his 34 years in South Africa.” 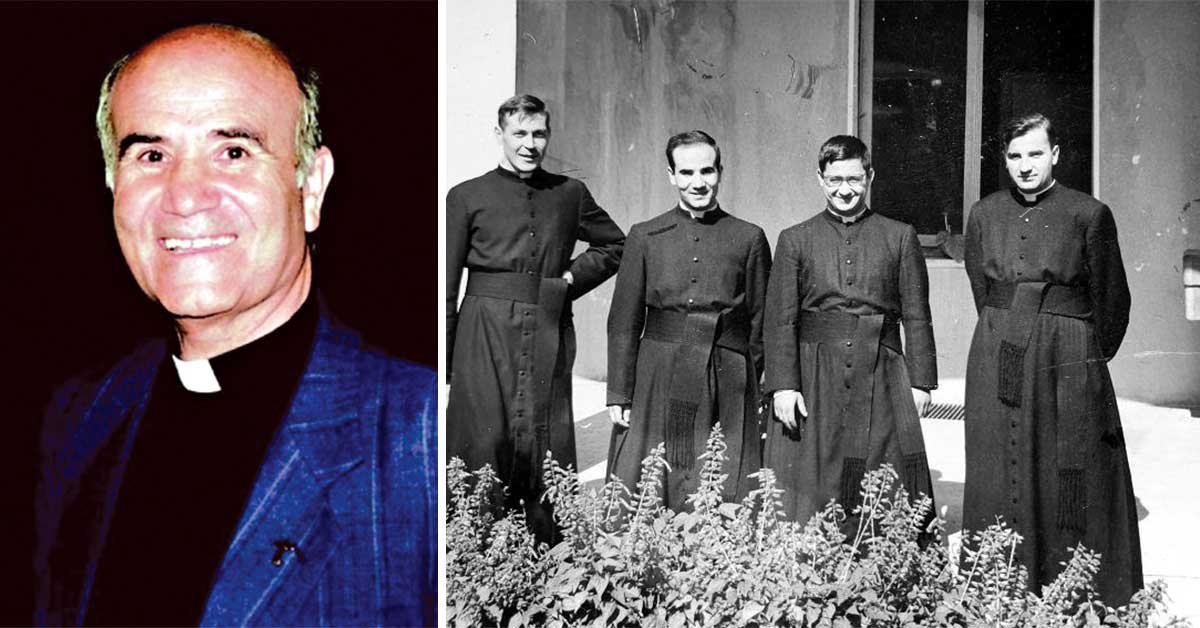 It was only after his arrival in South Africa and his ordination that Fr D’Annucci demonstrated the fire burning within him to be a catalyst in changing the lives of others. With fellow Stigmatine Fathers, he provided a new impetus to the Church’s ministry. They worked hard to provide a platform for the wave of innovation in the Church following the Second Vatican Council.

In 1968, a year before his ordination, the then Br Michael was among a group of Stigmatine religious — Fr Lino Vinco, Fr Charles Mittempergher and Br Gulliano Melotto — who were vigorously involved in the youth ministry of St Joseph’s mission in Oukasie Location in Brits. They organised youth camps, sports days and various other activities. This resulted in the rapid development of youth activity at the church. The crowning glory of their efforts was the famed Great Youth Camp in December 1971. Taking place over a week, it attracted over a thousand young Catholics from across South Africa.

In September 1969, upon his appointment as parish priest of Ss Peter & Paul parish in Maboloka Village, west of Brits, he immediately made an application for a bigger site to build a new church. He succeeded, and the new church was blessed by Bishop Peter Butelezi in 1974.

By then, Fr D’Annucci had returned to Mmakau Village, where he led the building of Tsogo High School, to complement the mission’s De-Wildt Primary School. Run by the Sisters of Mercy, the school has become synonymous with education excellence, producing an array of leading members of South African society. These include Bishop Victor Phalana of Klerksdorp, businessman Patrice Motsepe, radio broadcasters Tim Modise, radio personalities George Manyosi and Ben Dikobe, Netball SA president Cecilia Molokwane, and author Dr Gomolemo Mokae.

Fr D’Annucci did not dream of building cathedrals but, as the biology maxim goes, necessity builds the organ — and so too began his mission to build structures for the benefit of others. He set up a construction company called Ka Bonako Construction. “He was the company,” Fr Piccolboni recalls. “He was the architect, supervisor, quantity surveyor and general manager of the company, all rolled into one. During the week, he would be seen in his overalls and got stuck in with the building work. He would always be heard shouting the words ‘Ka bonako!’, meaning ‘Quick, quick!’ — hence the company’s name.” The only workers employed by the company were a handful of bricklayers. He sourced help from Tsogo High School students, and later Chiro Youth Movement members. The students, assisted by the builders, built houses for the destitute, churches, community centres, creches, health centres and so on. “Each house was built in three weeks, making it a home truly built Ka bonako,” Fr Piccolboni notes.

In later years, Fr D’Annucci built the Bethesda Special School for handicapped children in Garankuwa township. “The Bethesda Special School is the summit of everything that he ever developed,” Mercy Sister Majella Quinn, first principal of Tsogo High, recalls. “It is a centre of learning and a home for handicapped children. It was later extended to include a HIV/Aids centre. Up to the time of his death, he was still trying to get more land for the building of this centre.”

In 1977 Fr D’Annucci went on a year-long sabbatical at the AMECEA Pastoral Institute in Kenya. He came back bursting with new ideas. “A life force ran through his veins, and it gave him momentum and enthusiasm. As a result, he was able to warm the hearts of many with the wholehearted and sincere Word of the Gospel on his return,” Fr Piccolboni relates. He began to build Small Christian Communities and instituted regional training courses for parish and community leaders. “Parishes began to be organised with effective pastoral councils. The pastoral care of the family was promoted. Initiatives for young people, the animation of the liturgies and, above all, pastoral meetings were held to empower the laity.” 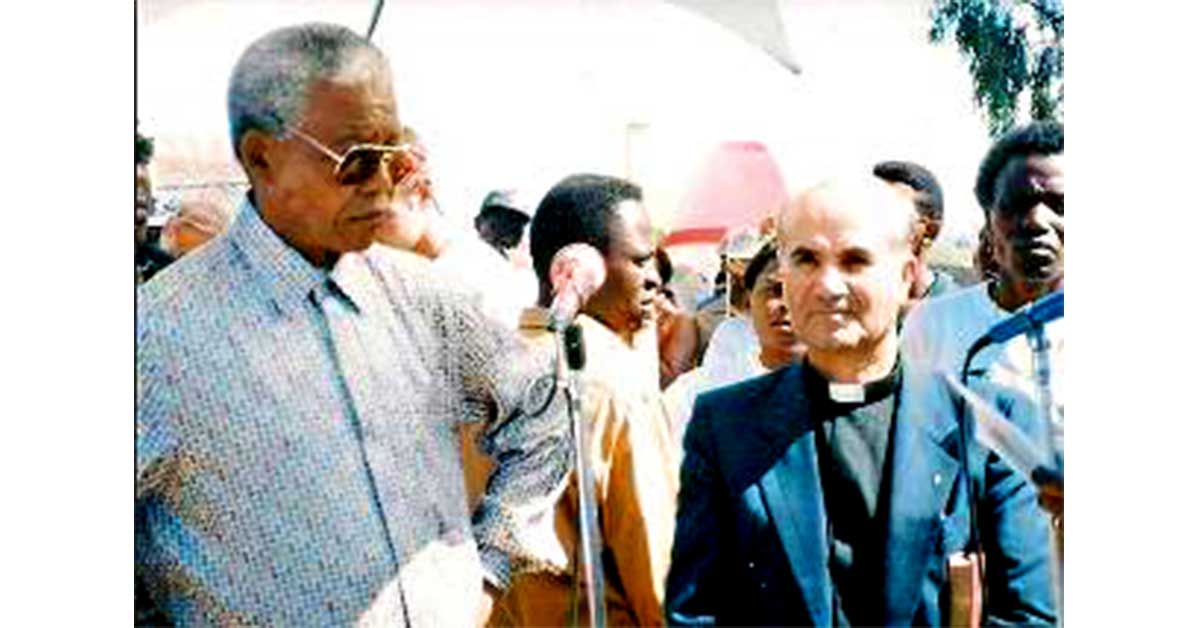 Fr D’Annucci with Nelson Mandela in 1997

Upon his arrival in South Africa, Fr D’Annucci saw the untold hardships inflicted by the apartheid system. Encouraged by the Church’s social teachings and his deep belief in the goodness inherent in all of humanity, he became an active advocate for social justice for the oppressed population of South Africa. His anti-apartheid activities and stance put him at constant loggerheads with both the South African and the Bophutatswana homeland governments.

Asked why he involved himself in the struggle against apartheid, he responded: “I am a priest. I cannot turn a blind eye to the injustices I bear witness to orchestrated by the evil apartheid state.” He believed that it was the paramount task of all Christians to fight against the sinfulness of the apartheid system. As a result of his political activities, he was subjected to countless stints of detention — at times in solitary confinement. During the popular political uprisings of the mid-1980s, which led to a radical change in the socio-political landscape in South Africa, Fr D’Annucci offered the halls of the Christ the New Man Centre and other parish buildings for political meetings.

He was firmly convinced that the future of South Africa, as well as that of the Church, rests on the shoulders of young people. The founder-member and a leader of the Chiro Youth Movement in South Africa, he gave it the motto, “We Build the Nation in the Spirit of Christ”. It was an indirect call to Chiro movement members to reject and condemn the apartheid system, and to encourage members to envision a new, non-racial South Africa which would embrace everybody as dignified human beings. 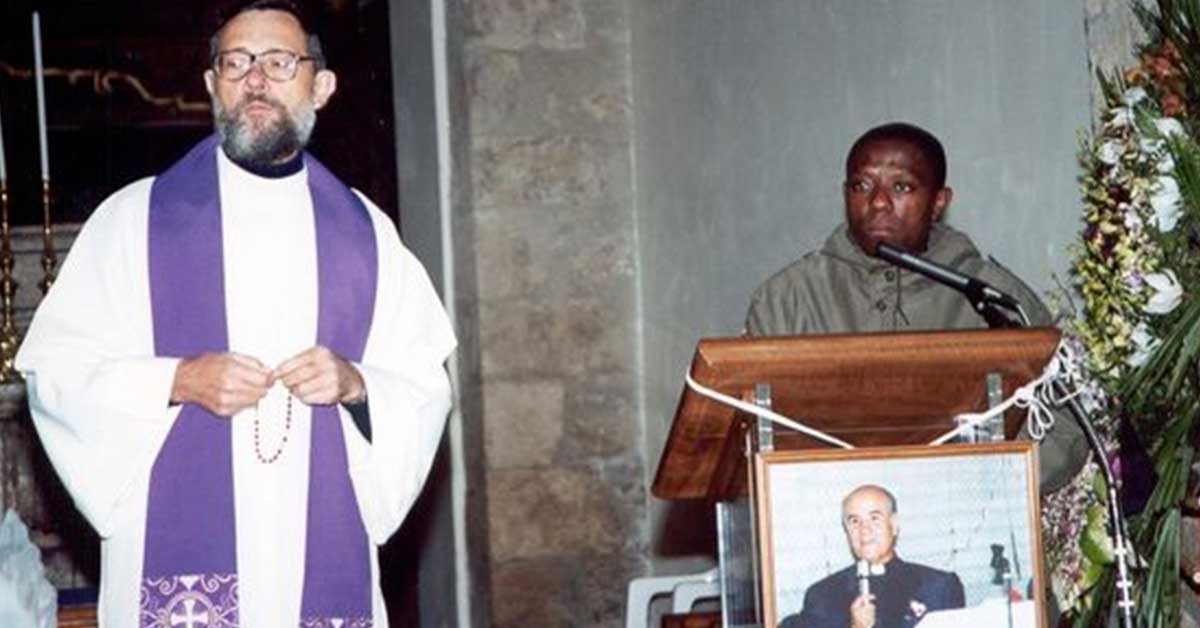 A man of enormous vision, energy and zeal with the utmost trust and faith in God, nothing was impossible for Fr D’Annucci. Where others saw problems, he saw answers. He is remembered for his example of availability, for his enthusiasm, and for his eagerness in his apostolate.

Fr D’Annucci was struck down by bullets, but he was never killed. His spirit lives on. His blood, shed that Saturday 20 years ago, continues to water the seeds of the faith he planted in South Africa. Nelson Mandela knew Fr D’Annucci. The Italian priest known as Masusumetsa “was a great friend of South Africa, and its people”, Mandela said after the priest’s death.

For further information about the book Masusumetsa: Tributes to a Martyr of Charity, e-mail frmichaelbook@gmail.com