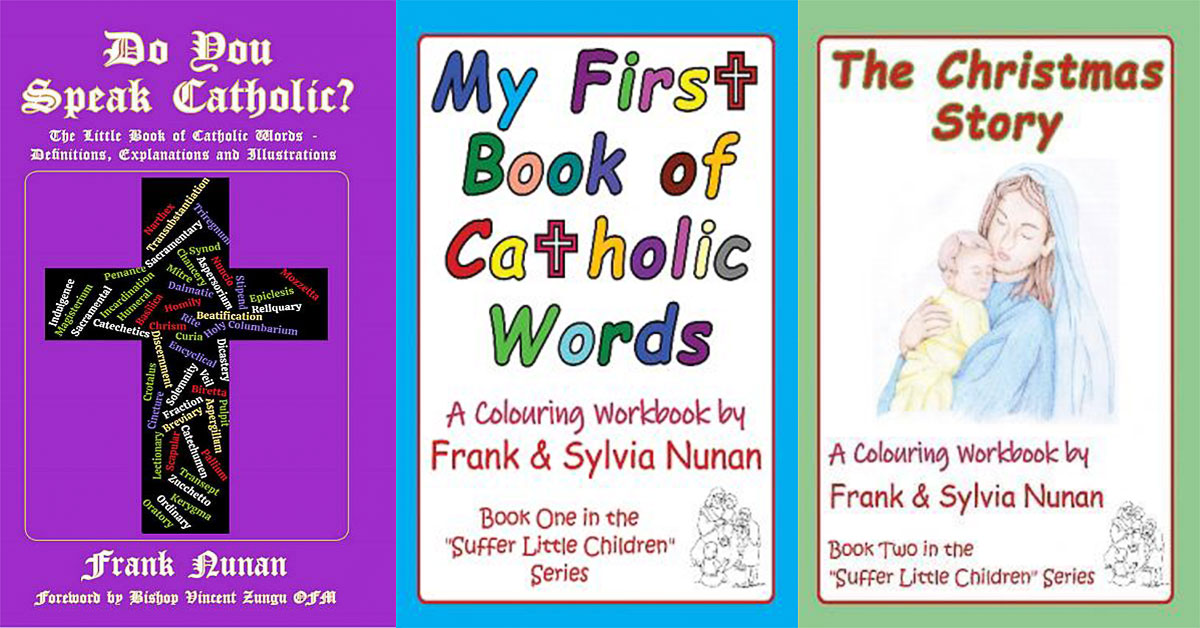 An Eastern Cape Catholic publisher has created two colouring books for children, available as hard-copy books as well as in downloadable and printable format.

Created by Frank and Sylvia Nunan, the colouring workbooks in the “Suffer Little Children” series “are a fun way to introduce your children to Catholic words and concepts”, Mr Nunan said.

“I recently published the book ‘Do You Speak Catholic?’, which contains an alphabetical list of more than 220 words used in the practise of our Catholic Faith, together with their explanations and definitions. This little book was quite well received, but someone recently mentioned that it would be nice to have something much simpler for children just learning about the Faith,” Mr Nunan writes in the introduction to one of the books.

“But how to create a book for children that would be fun and easy for them, as well as being educational? The answer, of course, was a colouring and workbook! Here the children would be able to associate the words with pictures of the objects, events and people they encounter in the Mass and the Church.”

Mr Nunan’s collaboration with his artistic wife Sylvia has son far produced “My First Book of Catholic Words” and “The Christmas Story”. A third book is currently in production.

“Children, depending on their age, can either colour in the pictures provided or paste their own pictures into the book — or both,” Mr Nunan said.