Can I Have An Amen! 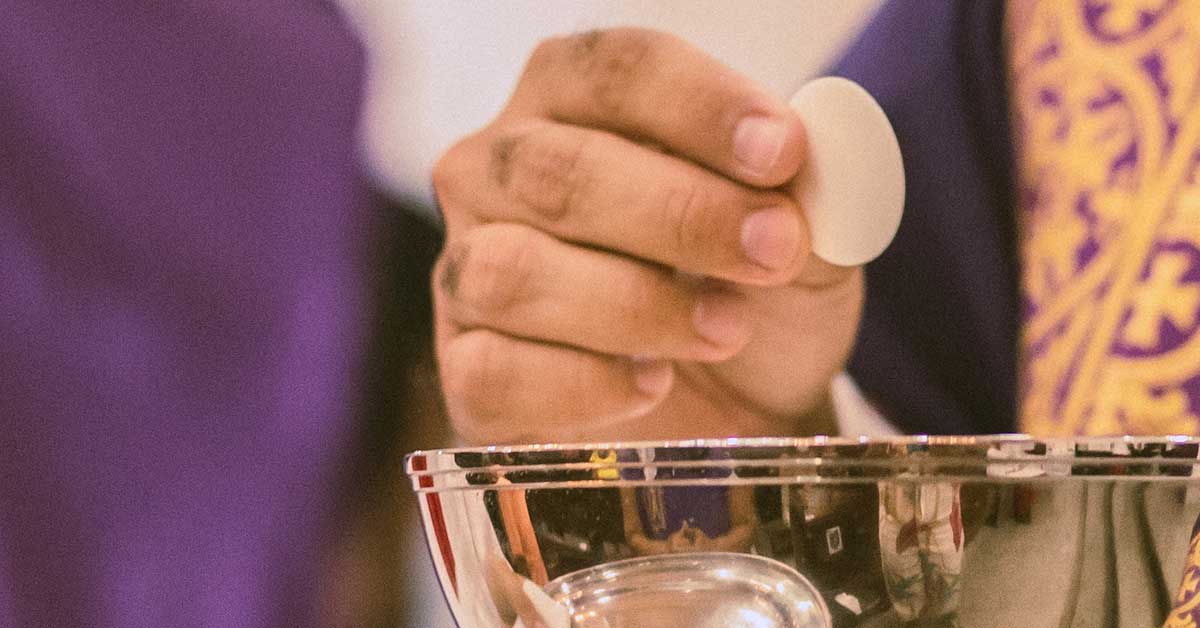 When the priest says, “body of Christ,” is it ever appropriate to say something different, such as “yes,” “I believe” or even “thank you”? Or what if the recipient simply says nothing at all? With any of these or other possible responses, could the priest refuse to serve Communion?

Answer: The response to “the body of Christ” is “amen.” In the liturgical guidelines, there is no suggestion of – or permission for – an alternative response. The General Instruction of the Roman Missal, the official “rulebook” of the church on liturgy, says: “The priest raises the host slightly and shows it to each, saying, the body of Christ. The communicant replies, amen, and receives the sacrament” (No. 161).

I’m sure that part of the reason for this universal conformity is to assure the dignity and respect that should surround the Eucharist. What if the church allowed for creative variations, simply permitted recipients to say whatever they wanted?

Your own examples – “yes,” “I believe” and “thank you” – are tame; but suppose someone chose to say, “I am very grateful” or even, “This makes my day.” Might it then be difficult for those nearby to give their full attention to the sacred sacrament?

Now to your final question — whether the priest should refuse to give Communion to someone who uses a different response. I don’t think so; that doesn’t mean the person doesn’t believe in the Eucharist or is unworthy to receive.

If the recipient, however, made no response at all, the priest might wonder whether the person had ever received before; I can imagine a priest, in that situation, quietly asking if the person were a Catholic – although my own tendency would be simply to give the benefit of the doubt.