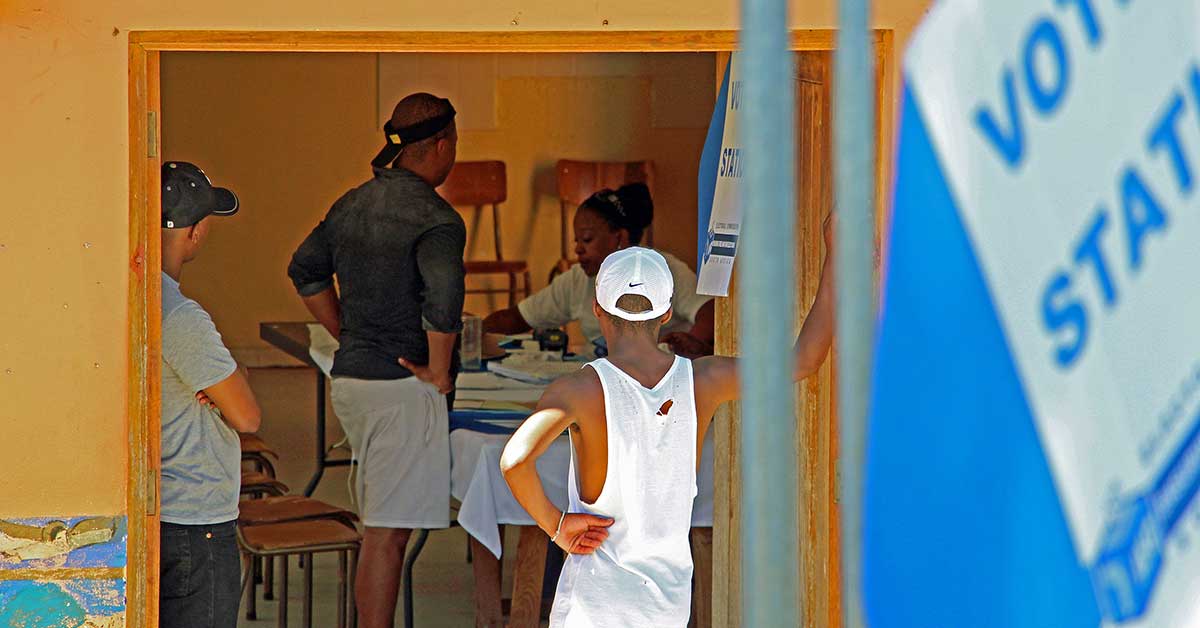 Born-frees now outnumber the born-agains — those born after 1994 and the before-’94s. The year 1994 was a pivotal point in our history, the year when the majority of South Africans finally became citizens, or were “born again” into a new democracy. My children are in the former group, and I’m in the latter.

Roll on to 2021 and children below the age of 18 years now make up a third of South Africa’s nearly 60 million population. And with youth (those between the ages of 18 and 34) making up another third of the population, South Africa’s born-frees now exceed the born-agains.

I am mindful that the fights, struggles and the dreams prior to 1994 might have, probably have, or even definitely have, shifted for this new generation. As countless parents before me, I sound like a stuck record. “When I was your age…”

Thinking back, when I was their age, defiance and prayer were natural partners in the safety of hallowed places. Our God demanded justice. We rushed around, thrusting fists into the air, extolling the values of liberation and democracy. Then Freedom Day in 1994! There was no exhaustion as friends, families and neighbours stood for many hours in serpentine splendour. Democracy was ours. Rights had been won.

Now, the chant of my youth, “liberation before education”, rings hollow. Consider the pitiful state of the nearly 50% of children who drop out of the schooling system. They do not get the chance to write the much-desired matric examination. Education for many South African children is a daily struggle. For them, just the very possibility of a functioning school is an experience of gratitude — as well as a financial drain on many families.

The burden of care, a failed economy and high unemployment, including nearly 9 million NEETs (Not in Education, Employment or Training) has led to snaking queues outside of Social Security Agency (SASSA) offices. Unemployed youths, many themselves parents, stand alongside their parents as they sign up for R350 per month. And so many vowed that they would not vote in the November 1 local government elections, deeming this great act of citizenship a complete waste of time.

The National Development Plan 2030, government’s blueprint of development, details a social compact. It is an agreement between the people and their government that outlines the rights and duties of each party while building national solidarity. Sadly, it’s increasingly a compact of broken promises. Promises to the citizens are awash with policies and plans and strategies that never come to fruition. The plan does not improve quality of life.

Every single vote is a vote for family and households, for communities and services. A meaningful social compact must acknowledge that we live in households, mainly with family. The concerns and needs of our households often extend beyond the four walls, to the group of people that is our affiliated unit of function. The elections and what follows them is a time for reminders all round. A vote is only one small step in ownership of the social compact. If families are to be supported where they are already thriving and strengthened where they are under threat, this must become part of a public agenda on which communities vote. As the sphere of government closest to the people, the local government election represents a vote for families.

The Family International Monitor in a 2020 “Report on Family and Relational Poverty” identifies three necessary indicators to build a family-friendly public agenda. “The first need of families is to be legitimated and recognised in their social role. The second element is to support the family relations, both specific and strategic as a family social actor. The third is for public policies that reduce socio-economic inequalities; these must assume a family-friendly qualification and support households in a sustainable way.”

We, the active citizens and leaders in our homes, must rally for pro-family support and services. Now is not the time to shun the right to vote. New battles and dreams need to be forged by born-frees and born-agains alike. Strengthened families and capable households are a public good worth a vote.

Imelda Diouf is the director of the Centre for Family Studies. This is the final article in her four-part series on family and relational poverty. The previous three articles focussed on Family as subjects of care, economy and education.