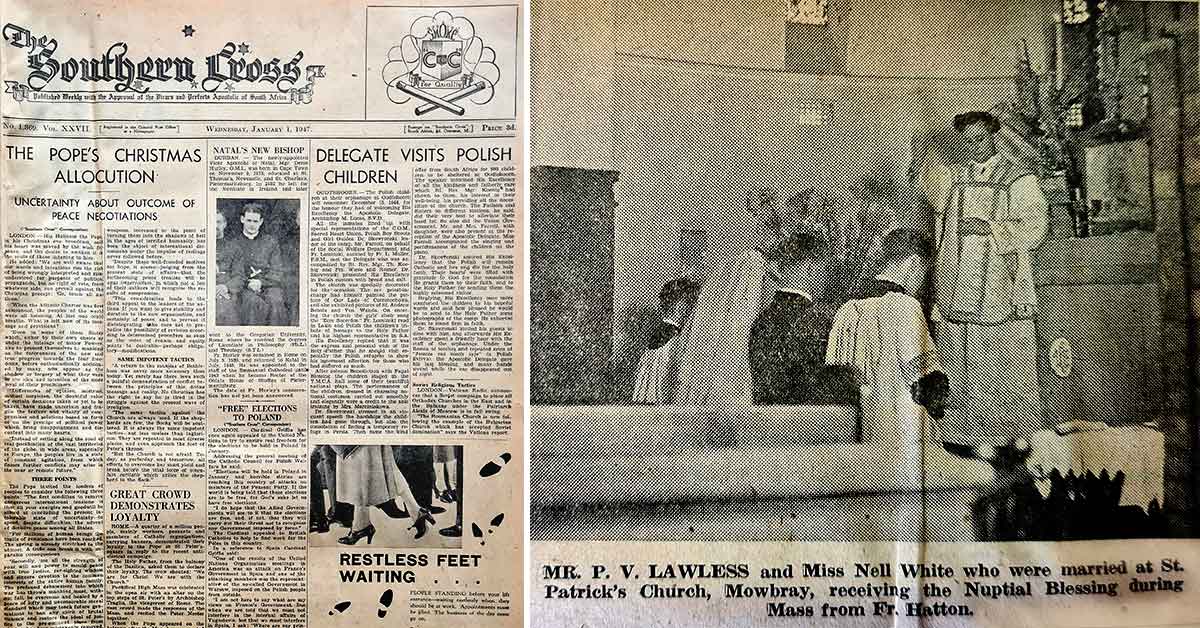 See larger images of some of the stories in this issue –

Pope Pius XII has appointed 31-year-old Fr Denis Hurley OMI as bishop of the vicariate of Natal. Fr Hurley, who was born in Cape Town on November 9, 1915, is the current rector of the Oblate House of Studies [now St Joseph’s Theological Institute] near Pietermaritzburg. He was ordained in Rome in 1939.

The apostolic delegate [now papal nuncio] to South Africa, Archbishop Martin Lucas, visited Polish refugee orphans at their Oudtshoorn camp. Dr Skowronski, leader of the camp, told the archbishop of the hardships the children had gone through in World War II, and how they came from temporary refuge in Iran to South Africa. 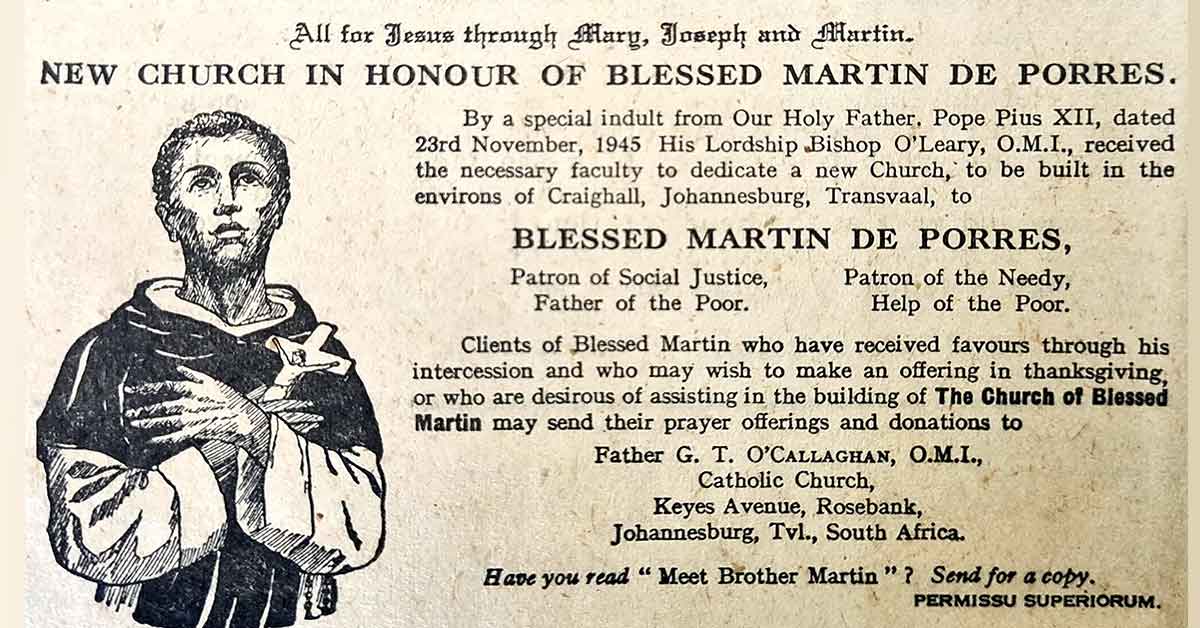 An ad announcing the forthcoming construction of a new church to be dedicated to Bl Martin de Porres in Craighall, Johannesburg, with a request for financial support.

Protest in support for pope

250000 people came to St Peter’s Square in the Vatican to pledge support to Pope Pius XII amid anti-clerical campaigns in Italy. The pope addressed the crowd for 20 minutes, being frequently interrupted by applause and affirming chants.

In his editorial, Fr Owen McCann wonders whether the year 1947 will bring “peace or continued disturbances with the threat of war”. In a stridently anti-communist article, Fr McCann writes that “we cannot be blind to the assault that the powers of darkness [meaning communists] are staging upon Christianity and particularly the Catholic Church”.

Previous “From The Vaults” articles