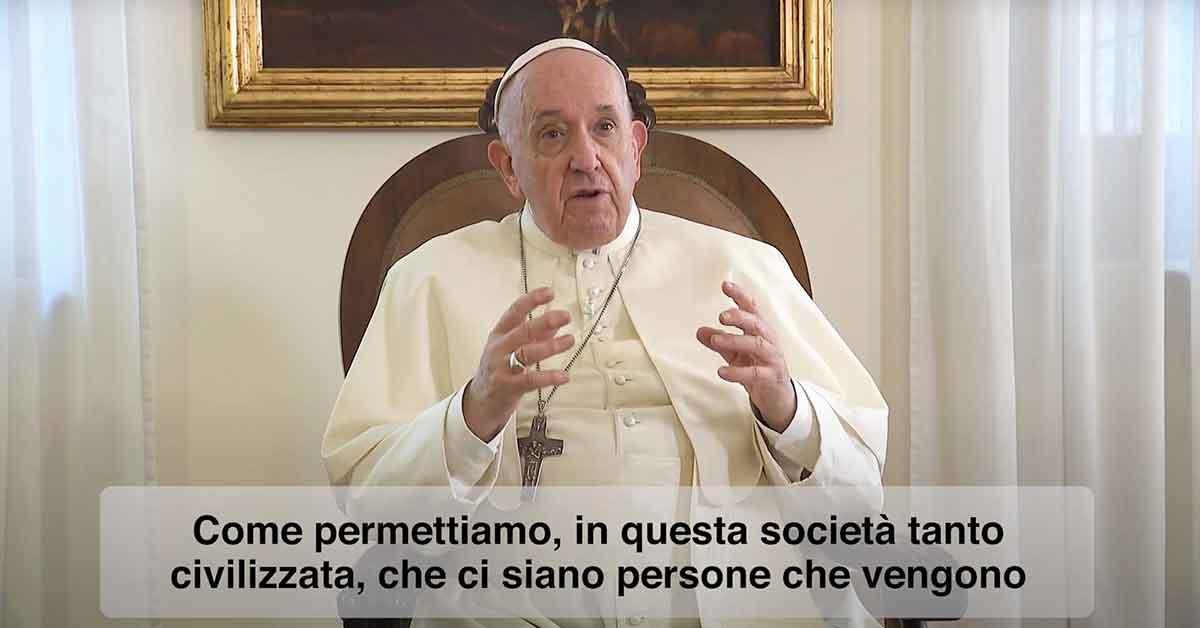 By Junno Arocho Esteves -To discriminate against or persecute those who profess their faith is an intolerable act that threatens the fraternal bonds shared by humanity, Pope Francis said.

“How can we allow that in this society – which is so civilised – there are people who are persecuted simply because they publicly profess their faith? Not only is it unacceptable; it’s inhuman, it’s insane,” the pope said.

In a video message released by the Pope’s Worldwide Prayer Network on Jan. 3, the pope offered his prayer intention for the month of January, which he dedicated to people who suffer from religious discrimination and persecution.

“Let us pray that those who suffer discrimination and suffer religious persecution may find in the societies in which they live the rights and dignity that comes from being brothers and sisters,” he said.

In his video message, the pope said religious freedom is not just about allowing freedom of worship but also “makes us appreciate others in their differences and recognise them as true brothers and sisters.”

Pope Francis prayed for an end to religious persecution and discrimination and that the world would “choose the path of fraternity” because “either we are brothers and sisters or we all lose.”

“As human beings, we have so many things in common that we can live alongside each other, welcoming our differences with the joy of being brothers and sisters,” the pope said.

“And may a small difference, or a substantial difference such as a religious one, not obscure the great unity of being brothers and sisters,” he said.