The Mass of the Rubber Bullet 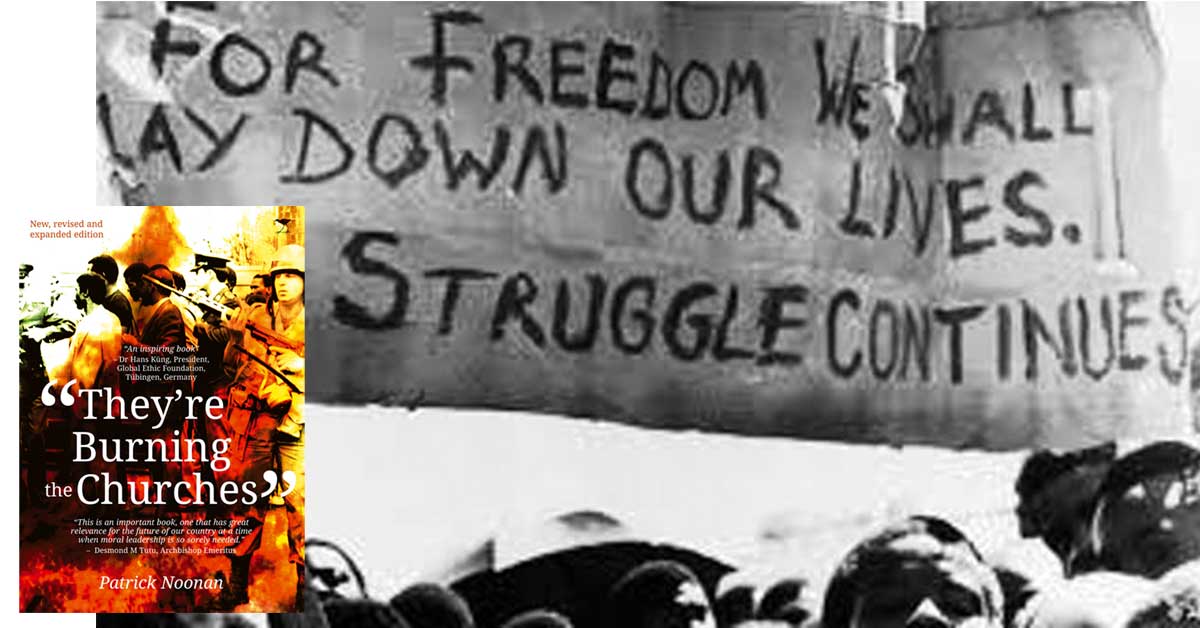 The press dubbed it the Mass of the rubber bullet, preceded by all of Southern Africa’s mitred bishops in illegal procession through the streets of Sebokeng in the Vaal Triangle. On its 37th anniversary, Fr Patrick Noonan OFM recalls a remarkable day in the life of the local Church.

They came in solidarity with all who have suffered in the recent unrest in the Vaal Triangle and in other towns in South Africa. On Sunday, January 27, 1985, all 28 bishops of Southern Africa poured into Sebokeng township and celebrated Mass at Emmanuel church, Zone 14.

It was dubbed, perhaps condescendingly, by The Sunday Times as the Mass of the rubber bullet, because a rubber bullet was brought up in a solemn procession during the highly emotional service. In fact, other symbols of peoples anguish and grief were also brought up to the altar, such as a rent invoice symbolising the rent and services strike, the bishops historic booklet on South African police brutality in those days of apartheid, school books symbolising problems in the inferior education system, a burnt teargas canister used to squash resistance, a list of those killed by the police on the streets of the town, and a plastic bag containing a change of clothes for a detainee of whom there were many thousands at that moment.

Through the bishops public relations officer, the tireless Sarah Crowe, this event was given widespread international exposure. We, the clergy, under severe pressure from the regional Security Branch, felt this was crucial to its success. It had been planned with particular care with this in mind.

Much later Fr Edward Teddy Lennon, Fr Lucas Bambezela and I smiled at the memory of inciting the community, including the bishops of South Africa, Botswana, Namibia, Lesotho and Swaziland, to ignore the emergency regulations by arranging a march (entrance procession) through the township to the church at a time when such acts were strictly forbidden by law. It was the most openly furtive liturgical entrance procession in South African history. We had deliberately given the visit a low regional profile so as not to provoke the police to over-react.

After the lengthy supercharged Mass we arranged for the bishops to spend the day in small groups visiting places of past conflict and the homes of the victims of police shooting.

The Security Branch was, however, intensely angered when next day they discovered what had happened. The fearless Rand Daily Mail gave the procession of hundreds of laity and bishops full colour treatment on its front page. Press photographers couldnt resist columns of bishops in full regalia walking the muddy uneven streets of the township.

Looking back afterwards I thought there was a hint of Verdis opera Aida about it. I mean, how often do you see 28 bishops mitres slowly edging their episcopal way down a township street? Never.

The Church was clearly making a point both to the people and to the state. The churches would not be cowed. The police agents monitoring the townships political pulse had been taken by surprise. Frs Teddy and Lucas and I were delighted, thrilled even. We had successfully staged an internal and external liturgy with powerful spiritual, historical and prophetic implications.

One policeman parishioner, a catechist was questioned by security police next day about what Archbishop Denis Hurley had said at the service. He replied with feigned innocence and false eagerness to cooperate (playing the police) that he spoke about love. The catechist-policeman did not tell his superiors what Hurley added: There must be change, for without it there can be no peace, and without change my greeting to you is a complete and utter mockery.

An executive member of the right-wing Christian Resistance Group and Johannesburg regional chairperson of the Conservative Party, Clive Derby-Lewis, condemned the event as heresy and open rebellion against the admonitions of the pope (as reported in The Citizen January 28, 1985). Derby-Lewis has since left the Catholic Church in a huff. He is currently in jail serving a sentence for the murder of ANC leader Chris Hani.

The prophetic presence of Catholic bishops on the streets of a black township in the mid-80s was a powerful gesture of support to the churches working on the ground. Here was a conference of Catholic bishops acting collegially  and not individually  who preached the Gospel by their corporate presence in the public market place. Our Anglican brothers under the creative guidance of Bishop Desmond Tutu had done the same. Here was a college of Catholic bishops taking time off from their annual gathering streaming into one of the most violent regions at that moment in South African history and doing what they were ordained to do.

Here were bishops walking ghetto streets in solidarity with the oppressed people of God. Here were people, traumatised from police brutality, coming out in their thousands to greet their spiritual leaders. Here was Cardinal Owen McCann and the bishops of Southern Africa fearlessly giving witness to the social teaching of the Church before 40 million South Africans and the world at large.

Here regional priests and ministers saw and felt the support of Catholic bishops at a time when they were under severe pressure from the security organs of the apartheid state. (In the final years of apartheid more priests and church ministers were arrested in this region than in any other part of South Africa.)

Twenty-five years later the people have not forgotten the Christian witness of the churches at that time. The powerful, intense liturgy of that day spoke memorable volumes to both Catholic and other churches alike. It was extreme ministry at its best.

As an aside, perhaps as church we need to re-engage like Christ in this type of ministry, in more incisive pastoral witness, symbolic gestures, and interventions in the areas of Aids, crime, care for the environment, youth, healing, charismatic spirituality and friendship with the media.

But not all were happy with the events of January 27, 1985. It caused consternation in state security circles. Police anger intensified against the churches. It was turning to rage. Informers were failing to provide accurate information to their handlers and were increasingly nervous. Police field men were overstretched and many were showing visible signs of severe stress. In reality, at that moment, senior officers in the security police were examining more creative approaches to curb the influence of the clergy.

To neutralise the influence of the Vaal churches the Security Branch were about to enlist the aid of right wing organisations  the International Freedom Foundation  financed by Military Intelligence and with foreign links to infamous and presently jailed Washington lobbyist, Jack Abrammoff.

But thats another story.

This is an updated extract from Fr Noonans book They’re Burning the Churches.