Vatican announces ‘Pilgrims of Hope’ as motto for Holy Year 2025 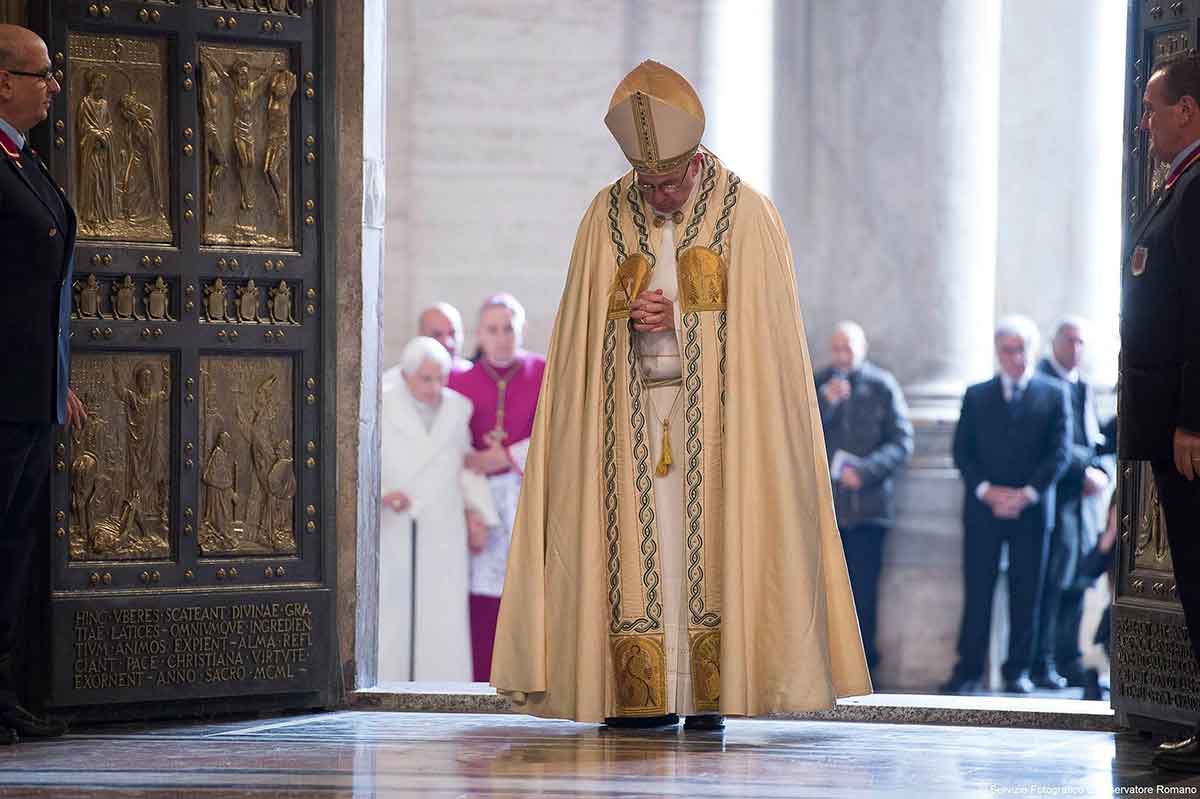 Pope Francis prays after walking through the Holy Door to inaugurate the Jubilee Year of Mercy in St. Peter’s Basilica at the Vatican in this Dec. 8, 2015, file photo. In the background at left is retired Pope Benedict XVI, who walked through the Holy Door after Pope Francis. The pope has approved the theme, “Pilgrims of Hope,” to be the motto for the Holy Year 2025. (CNS photo/Vatican Media)

By Carol Glatz – Pope Francis approved “Pilgrims of Hope” as the motto for the Holy Year 2025.

The motto aims to give a concise sense of the full meaning of the jubilee journey, Archbishop Rino Fisichella told Vatican News on Jan. 13.

The words “pilgrims” and “hope” also represent key themes of Pope Francis’ pontificate, said the archbishop, president of the Pontifical Council for Promoting New Evangelisation, which is in charge of the Holy Year planning efforts.

The archbishop said the pope approved the motto Jan. 3 and that he is awaiting further instructions from the pope. In the meantime, the council already is working with Vatican and Italian authorities on the best way to welcome a large number of visitors during the year.

Traditionally for holy years, the celebrations begin with the pope opening the Holy Door of St. Peter’s Basilica on Christmas Eve and ends with the sealing of the door one year later. The holy doors of St. John Lateran, St. Paul Outside the Walls and St. Mary Major are opened for the year, too.

A holy year or Jubilee is a time of pilgrimage, prayer, repentance and acts of mercy, based on the Old Testament tradition of a jubilee year of rest, forgiveness and renewal. Holy years also are a time when Catholics visit designated churches and shrines, recite special prayers, go to confession and receive Communion to receive a plenary indulgence, which is a remission of the temporal punishment due for one’s sins.

Finally, in 1470, Pope Paul II established the celebrations every 25 years, which has been the practice ever since. However, special anniversaries have called for special holy years, for instance, in 1933 to mark the 1,900th anniversary of Jesus’ death and resurrection and in 1983 to mark the 1,950th anniversary.

Pope Francis, seeing a need to emphasise God’s mercy and to encourage Catholics to return to the sacrament of reconciliation, declared an extraordinary Year of Mercy, which ran in 2015-16.