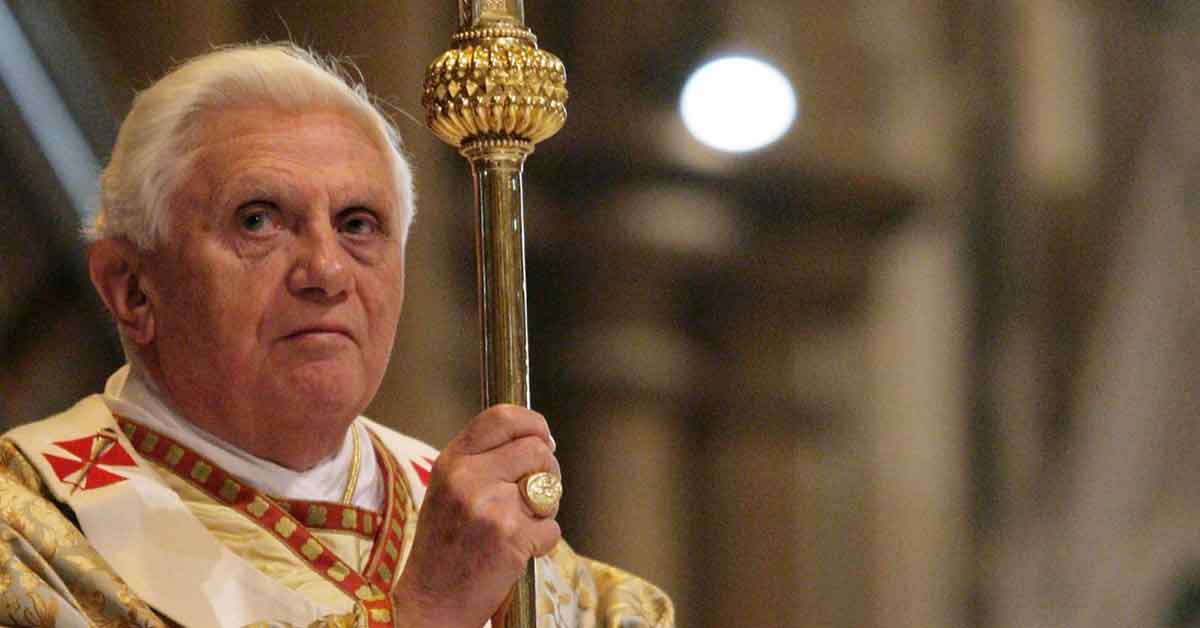 Pope Benedict XVI presides at Mass at St. Mary’s Cathedral in Sydney in this July 19, 2008, file photo. During the service the pope apologised to victims of clergy sexual abuse. A Vatican editorial Jan. 26, 2022, noted that Pope Benedict was the first pope to meet with victims of abuse. (CNS photo/courtesy of World Youth Day 2008)

By Junno Arocho Esteves – A Vatican editorial defended retired Pope Benedict XVI’s record in fighting clerical sexual abuse after the release of a report that accused him of mishandling four cases during his time as archbishop of Munich.

Andrea Tornielli, editorial director for the Dicastery for Communication, said a report on the handling of cases in the Archdiocese of Munich and Freising was an important contribution to “the search for justice in truth and to a collective examination of conscience on the errors of the past.”

However, he warned, “the reconstructions contained in the Munich report, which – it must be remembered – is not a judicial inquiry nor a final sentence, will help to combat paedophilia in the church if they are not reduced to the search for easy scapegoats and summary judgments.”

The 1,900-page report was released Jan. 20 and looked at the handling of cases in the archdiocese between 1945 and 2019. Then-Cardinal Joseph Ratzinger led the Archdiocese of Munich from 1977 to 1982.

The report identified 497 victims and 235 abusers over the more than 70 years covered by the investigation, but the lawyers who conducted the study said they are convinced the real numbers are much higher. In the report, the lawyers said that, on four occasions, then-Cardinal Ratzinger mishandled abuse allegations.

In his editorial, Torniell noted that during the initial phase of the investigation, Pope Benedict “did not evade the questions” and provided an 82-page response regarding his time leading the Munich Archdiocese.

“Predictably, it was (then-Cardinal) Ratzinger’s four-and-a-half years at the helm of the Bavarian diocese that monopolised the attention of commentators,” he said.

Although the retired pope is expected to issue a statement after examining the report’s findings, Tornielli said the steps taken by the Catholic Church to fight clerical sexual abuse can be retraced “starting from his pontificate.”

“Child abuse is a horrendous crime. The abuse committed against minors by clerics is possibly an even more revolting crime, and this has been tirelessly repeated by the last two popes,” Tornielli wrote.

He also noted that as prefect of the Congregation for the Doctrine of the Faith, then-Cardinal Ratzinger “promulgated very harsh norms against clerical abusers” as well as “special laws to combat paedophilia.”

During his pontificate, he continued, Pope Benedict paved the way for a change of mentality in how the church treats survivors of abuse who, instead of being welcomed and accompanied, were often “distanced and even pointed to as ‘enemies’ of the church and its good name.”

“It was Joseph Ratzinger, the first pope to meet several times with victims of abuse during his apostolic journeys. It was Benedict XVI, even against the opinion of many self-styled ‘Ratzingerians,’ who upheld, in the midst of the storm of scandals in Ireland and Germany, the face of a penitential church, which humbles itself in asking for forgiveness, which feels dismay, remorse, pain, compassion and closeness,” Tornielli said.

Recalling Pope Benedict’s assertion that “the sufferings of the church come precisely from the inside of the church, from the sin that exists within the church,” Tornielli said the former pope emphasised the need for the Catholic Church to ask forgiveness from victims and from Jesus, “who has always been on the side of the victims and never of the executioners.”

“These words were preceded and followed by concrete facts in the fight against the scourge of clerical paedophilia,” he wrote. “All this can neither be forgotten nor erased.”