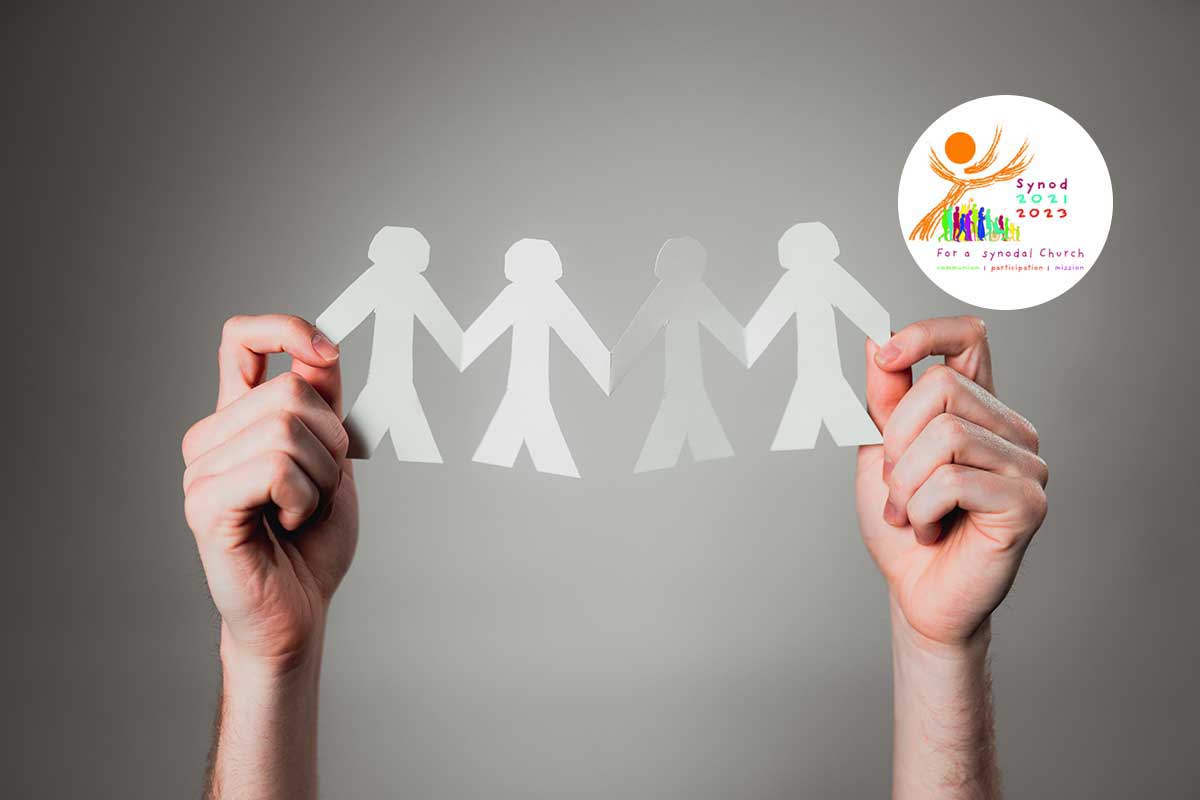 Preaching at a Mass in St Peter’s basilica on October 10, Pope Francis said that Catholics taking part in the synodal path should strive to “become experts in the art of encounter”. How? “Not so much by organising events or theorising about problems, as in taking time to encounter the Lord and one another,” the pope said, adding that through prayer we must be “listening to what the Spirit wants to say to the Church”.

It’s a “time to look others in the eye and listen to what they have to say, to build rapport, to be sensitive to the questions of our sisters and brothers, to let ourselves be enriched by the variety of charisms, vocations, and ministries,” the pope said.

He said that the Gospels often showed Jesus in the midst of a journey, meeting people, and listening to their deepest concerns. “Let us begin by asking ourselves — all of us: pope, bishops, priests, religious and laity — whether we, the Christian community, embody this ‘style’ of God, who travels the paths of history and shares in the life of humanity,” the Holy Father urged.

“Are we prepared for the adventure of this journey? Or are we fearful of the unknown, preferring to take refuge in the usual excuses: ‘It’s useless’ or ‘We’ve always done it this way’?” the pope asked. “Celebrating a synod means walking on the same road, together.”

To prepare ourselves, here is a primer on the Synod on Synodality.

What is a synod?

The word “synod”, has its roots in two Greek words: syn, which means “together”, and odos, which means “road” or “path”. A synod is thus a “coming together”. The practice of synods, or assemblies or councils, goes back to the early Church, held as early as 150 AD and was a norm during the Church’s first millennium.

The practice of a Synod of Bishops was revived after the Second Vatican Council by Pope Paul VI as a way of fostering collegiality — the pope governing the Church in collaboration with the bishops of the local Churches, respecting their proper autonomy. Held every two or three years at the Vatican, these assemblies are intended to deliberate on particular themes — vocations, family, the Eucharist, evangelisation, and so on — having been preceded by dialogue with clergy, religious and lay people (one may observe that all this hasn’t always worked out that way).

The latest synod convoked by Pope Francis is unusual in that it deliberately extends the dialogue to as many people as possible — if it is properly executed on diocesan levels. The idea is to take the theme of synodality to the grassroots, which will be familiar to those in regions where there have been diocesan synods — such as those held in several Southern African dioceses — and unfamiliar to those who’ve never had that experience.

The present synod’s preparatory documents describe synodality as a faithful collective journey of the Body of Christ to reflect together on how the Church can live communion, achieve participation and open itself to mission as the pilgrim and missionary People of God, especially in the complexity of the world today. Synodality implies speaking and listening on a common journey rooted in prayer,  under the guidance of the Holy Spirit.

The path to the Synod on Synodality will address the crucial question posed in its preparatory document: How is this “journeying together” happening today in the Church, especially the local Church? What steps does the Holy Spirit invite us to take in order to grow in our “journeying together”?

This must include an open forum in which the laity, religious, clergy, and bishops share their experiences, joys, sorrows, concerns, hopes and vision openly — and, hopefully, with no taboos or hierarchical barriers standing in the way.

While the voice of the people will be heard, it is important to remember that this is not a democratic process where a majority opinion will automatically be adopted.

What is the synodal process?

Having opened in the Vatican in October, with discussions and presentations already taking place, the Synod will run through the three stages outlined earlier in this article: diocesan (and other ecclesial bodies), continental, and finally the Synod of Bishops in October 2023.

Between April and September 2022, the various findings of the current diocesan process will be synthetised. The outcome of that will form the First Instrumentum Laboris (working document). This will be the basis for discussions in the continental phase between September 2022 and March 2023. In Africa, these deliberations will be held within the umbrella body of the continent’s bishops’ conferences, the Symposium of Episcopal Conferences of Africa and Madagascar (Secam).

There are seven such continental bodies. Each of them will produce a final document, which in turn will form the basis of the Second Instrumentum Laboris, which will be issued in June 2023. That working document, then, will form the foundation for discussion before and, of course, during the Synod of Bishops in October 2023.

Who can take part?

All baptised Catholics — whether priests, deacons, religious or lay people — as individuals and in associations, should participate at the diocesan level. If in doubt as to how to go about that, ask your priest or your diocese for guidance.

Pope Francis has made it clear that the poor and the excluded must also be heard. This means that even those who are currently not active in the Church should be invited to participate in the process.

How should we participate?

“The synodal process is first and foremost a spiritual process. It is not a mechanical data-gathering exercise or a series of meetings and debates,” the Vatican’s preparatory document counsels.

It is a process of discernment. We are asked to hear what God is saying to all of us through personal and communal prayer, reflection, paying attention to our inner disposition, listening, sharing and talking to one another in an authentic, meaningful and welcoming way in order to find answers to the fundamental question posed by the Synod: How can the Church better “journey together” in communion, participation and mission into the third millennium?

After the 2023 synod, the pope will very likely release his reflections on the process in an apostolic exhortation.

The pope has already made it clear that the times to hold on to old ways of doing things have to be over in our fast-changing world and Church. So, in its general tone, the final outcome of the process will very likely be a call to adapt to the signs of the times. How we shall do so will be the subject of this global, unprecedented synodal path.

In short, it is hoped that the synod process and the resultant apostolic exhortation will guide the Body of Christ on how to be Church in the present world.