The Word of God clears all confusion: Second Sunday of Lent 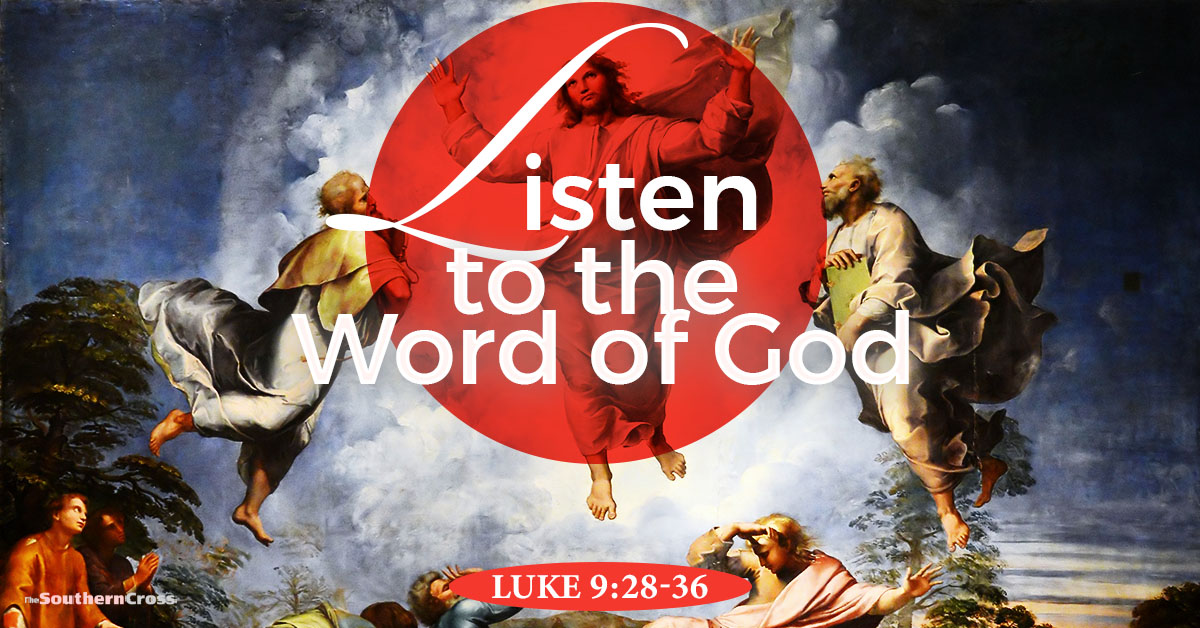 Theme: The Word of God clears all confusion & uncertainties!

Point of Reflection: Have you ever been confused and felt insecure? Today’s readings confirm that confusion and uncertainty do afflict God’s servants at times. Abram, even though he had a deep faith and trust in God, was not free from uncertainty and doubt. The Philippian Christians were unsure about how to practice their new faith and were easily deceived by false teachers. Peter, James, and John struggled to understand Jesus, even though they had stayed with him for a long time. In each of these situations, confusion, and uncertainty were cured. Abram received a sign of the covenant, Paul wrote to the Philippians with clarifications, and the disciples heard God’s voice with a clear declaration of Jesus’ identity. These examples show that God does not abandon his servants to doubt and confusion. The Psalmist knew the feeling of uncertainty, but also the way out of it when he wrote, “Hear, O Lord, when I cry aloud, be gracious to me and answer me!”

Sermon (Reflection):  The Scriptural readings of the second Sunday of Lent narrate the stories of several biblical characters who find themselves in a state of uncertainty and confusion and are led out of it by divine or apostolic intervention.

The three disciples and mainly Peter are totally confused in the Gospel of today. The Gospel Transfiguration account, the appearance of Moses, Elijah, and Jesus, totally confused the three disciples Peter, John and James. This is clearly seen in Peter’s offer to build the three tents. First, Peter’s suggestion to make a tent for each of the prophets and Jesus implies that he placed Jesus on an equal level with Moses and Elijah. Second, seeing Jesus in the glorified body, he called him “master” which implies a significant but ordinary man. Finally, building tents means that Peter thinks of the mountain location as a permanent residence for Jesus.

Above all, they were unable to understand who Jesus is. At this point, God stepped in and ended their confusion through a powerful and public statement. First, God named Jesus his own Son, and, therefore, someone infinitely greater than Moses and Elijah. Then, God declared Jesus his “chosen one,” meaning that Jesus was the Messiah, chosen and sent by God into the world for a special mission. Finally, God commanded the disciples to listen to Jesus. This threefold declaration made in the presence of two former spokesmen for God – Moses and Elijah – clarified for all present that Jesus now takes on the role of a new mediator of God’s word and will to the people. God’s words and command ended the disciples’ uncertainties and cleared their confusion regarding the meaning of what they saw and the identity of Jesus.

One of Paul’s chief reasons for writing to the Church in Philippi was to fight against false teachers who were confusing and misleading his converts in the city. Don’t we have false teachers today? Many false prophets today just looking for fortunes with money. During the time of Paul, such teachers were certain Christians who insisted that the continuing practice of the Jewish laws and customs was a necessary condition for being righteous before God, and, therefore, necessary for salvation. Such teaching was likely to create chaos and confusion among the Philippians who had just become Christians and were unsure what this new religion required.

Reacting to these teachers and their views, Paul wrote to the Philippians with clarifications and explanations, stating clearly that the demand for the continuing practice of the Jewish law was contrary to the Gospel. The core of Christian faith is the acceptance that righteousness comes from faith in Jesus alone, and that salvation was secured by Jesus’ death on the cross. To insist that the continuing observance of the Jewish law is necessary amounts to claiming that Jesus’ death was insufficient for salvation and makes those teachers “enemies of the cross of Christ.” In opposition to them, Paul insists that his converts imitate himself who, once a zealous practitioner of the law, renounced it when he became a believer. The teaching of these opponents was harmful because it diverted the Philippians from the focus on Jesus alone by imposing additional, unnecessary, and useless requirements on them.

Instead of focusing on human customs and earthly pursuits demanded by the Jewish law, the Philippians must focus on the pursuit of eternal life, where they belong as the “citizens of heaven.”

Stating this with great clarity and conviction, the apostle aimed to assuage the Philippians’ uncertainty and confusion concerning the Christian faith and practices sowed by the false teachers and to set them on a straight path towards their true home.

The first reading builds on Gen 15:1-4 which reports how God appeared to Abram with the promise of making him a great nation. Abram, whose name will be changed to Abraham (Cf. Gen 17:5), responded to this promise with a bitter complaint that God had given him no child despite an earlier promise (cf. Gen 12:1-5). God responded by showing Abram the multitude of stars and restating the promise of exceedingly numerous descendants.

Overcoming his doubts, Abram responded with faith which was reckoned to him as righteousness. Biblically, righteousness means being in the right relationship with another person. Thus, this important statement demonstrates that the right relationship with God requires faith and trust. This is the covenant we need to build as Christians with our God.

When Abram was faced with uncertainty, God spoke. When the Church at Philippi sought clarification on some issues, Paul became God’s spokesperson and wrote a letter to them. When Peter, John, and James were fascinated but at the same time terrified by the happenings on the mount of transfiguration, a voice from the cloud spoke: “This is my Son, my Chosen One; listen to him!” where do we go when we face uncertainities in our life?

The greatest weapon in the fight against uncertainty is a turn to the Word of God. It can be likened to a person making a journey on an unknown road using GPS. An unknown voice speaks through the gadget at decision-making moments on the journey suggesting the direction one ought to take. In the end, submission to that voice leads the person to his/her destination. In relation to God, we can be confident that the Lord has the complete map of our lives in his hands. He knows the beginning and the end of every life.

Going through a dark spell of doubt and uncertainty can be frightening, but the light of faith in the heart provides hope and guidance in such circumstances. When all is not well in life and we have difficulty grasping the meaning of the unfolding events of our lives, it is fine to turn to God with a complaint: “Lord, I am lost. I can’t get it.” This does not mean we have lost faith but that our desire for our faith has deepened. In the end, turning to God in our darkness and lostness situations allows our faith to blossom and glow, and the darkness will eventually give way to light. Listen to the Word of God.

Action: I will listen to the Word of God to combat my uncertainties and confusions.

Prayer: Eternal Father, as human beings, we get confused and uncertain about life as Peter, John, and James in the gospel of today, but you cleared their confusion with your Word, may you send us the Spirit to understand your Word and live by it. May your overwhelming presence in our life be a source of clarity and strength in our struggles with uncertainty and doubt. Grant this through Christ our Lord, Amen.