Pope: Honour and Protect the Dignity of Elderly 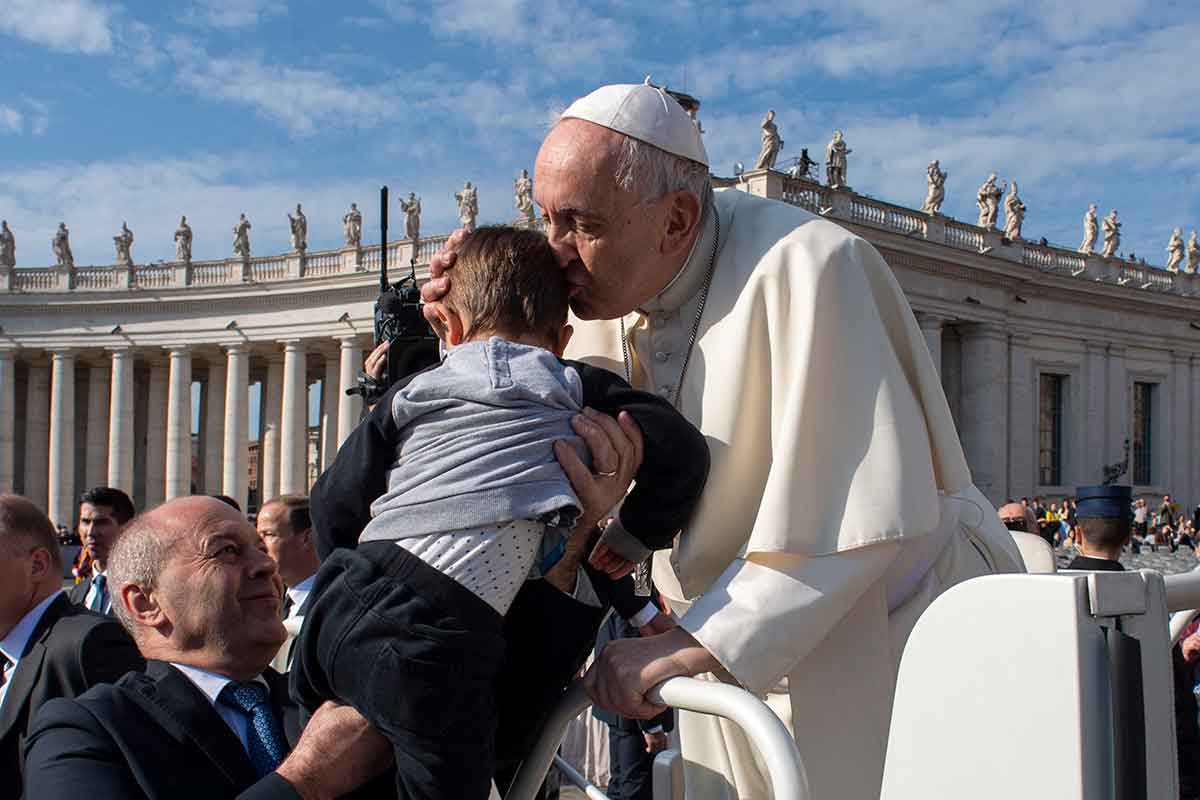 Pope Francis kisses a child during his general audience in St. Peter’s Square at the Vatican April 20, 2022. (CNS photo/Vatican Media)

By Junno Arocho Esteves – The fourth commandment does not only imply honouring one’s father and mother, but also the respect and care for the dignity of older generations, Pope Francis said.

Sadly, the elderly, especially those in need of care, are often seen as a burden and, instead of being treated with “delicacy and affection, tenderness and respect,” are often abused, the pope said April 20 during his weekly general audience.

“Encouraging in young people, even indirectly, an attitude of condescension – and even contempt – for the elderly, for their weaknesses and their precariousness, produces horrible things. It opens the way to unimaginable excesses,” he said.

The audience was held in St. Peter’s Square for the first time since restrictions enforced at the start of the COVID-19 pandemic shuttered all public gatherings in 2020.

Greeting thousands of pilgrims, the pope rode around in his popemobile, waving and occasionally stopping to kiss babies.

Pope Francis continued his series of talks on old age and reflected on the theme: “Honour thy father and mother, loving a life lived.”

As life progresses, he said, love “descends,” and it is often not given or received in the “same strength that it once did.” 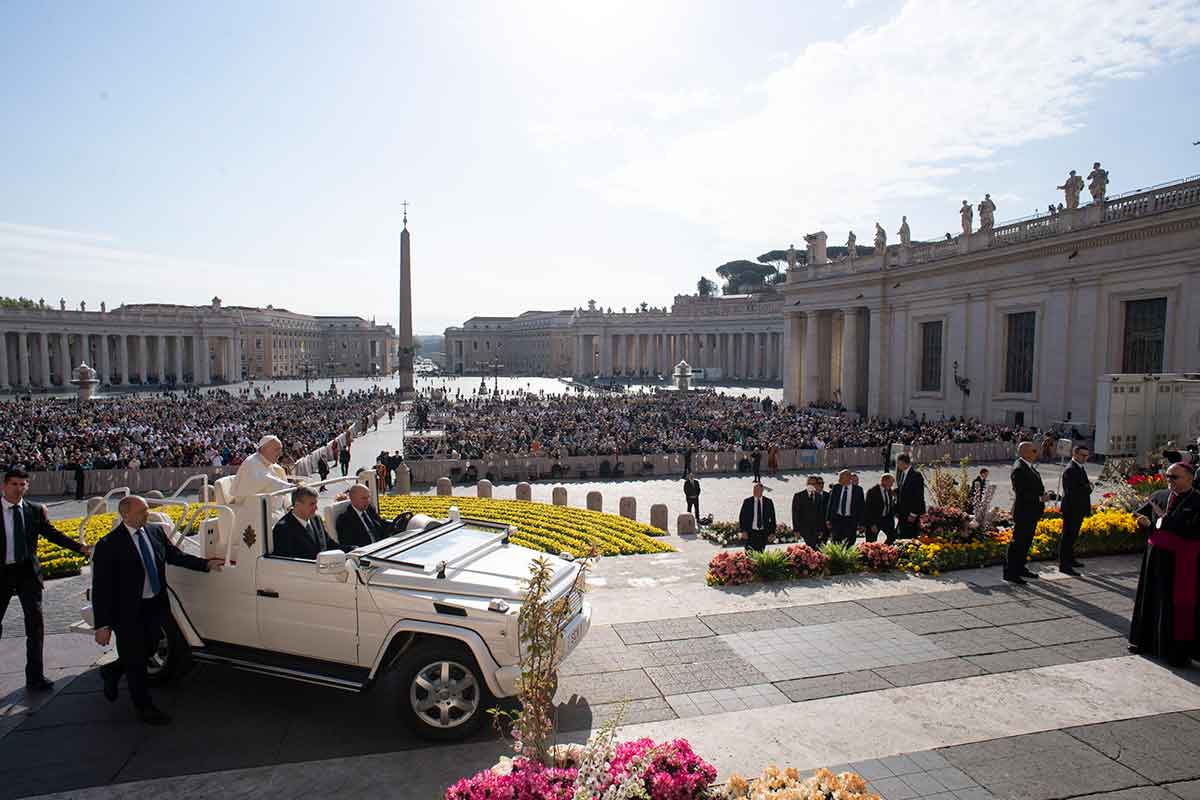 Pope Francis rides in the popemobile during his general audience in St. Peter’s Square at the Vatican April 20, 2022. (CNS photo/Vatican Media)

However, the fourth commandment brings out a “special love” in the form of honouring not just one’s parents but those who came before.

“It is not just about one’s own father and mother. It is about their generation and the generations before, whose farewell (from this life) can also be slow and prolonged, creating a time and space of long-lasting coexistence with the other ages of life. In other words, it is about the old age of life,” the pope explained.

Yet, he also lamented that many times the elderly, including those who are sick or not self-sufficient, are mistreated.

“This occurs when weakness is reproached, and even punished, as if it were a fault, and when bewilderment and confusion become an opening for derision and aggression,” the pope said.

Contempt for older people, he said, “dishonours us all” and while there have been some positive developments in elderly generations, “the struggle for the restoration of that special form of love which is honour still seems fragile and immature.”

Pope Francis urged Christians to not only support and encourage better care for the elderly, but also to transform the younger generations understanding “about life and its stages.”

“Love for the human person that is common to us, including honouring a life lived, is not just a matter for the elderly. Rather it is an ambition that will bring radiance to young people who inherit its best qualities,” the pope said.