Vatican officials to study miracles in Father Augustus Tolton’s cause 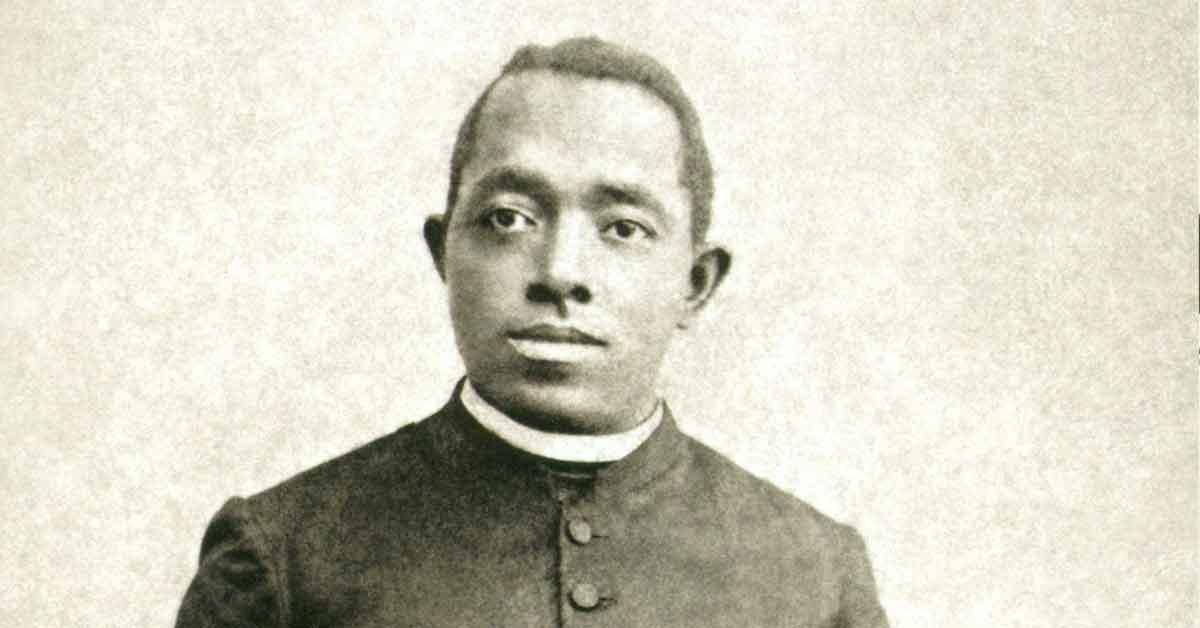 Father Augustus Tolton is pictured in an undated photo. Born into slavery in Missouri, he was ordained a priest on April 24, 1886, in Rome and said his first Mass at St Peter’s Basilica. He is the first recognised African American priest ordained for the U.S. Catholic Church and is a candidate for sainthood. In 2019, Pope Francis declared he had lived a “virtuous and heroic life,” giving him the title “Venerable.” (CNS photo/courtesy Archdiocese of Chicago Archives and Records Center)

By CNS – The local ABC-TV affiliate in Quincy, where Father Augustus Tolton grew up and is buried, reported on April 14 that Vatican representatives were in the United States to investigate possible miracles related to the priest’s sainthood cause.

Father Tolton was born into slavery and is the first recognised African American priest ordained for the U.S. Catholic Church.

His cause for canonisation was officially opened by the Archdiocese of Chicago in 2010 and he received the title “Servant of God.”

On Dec. 10, 2016, his cause took a step forward at a cemetery in Quincy where his remains were exhumed, verified and reinterred. In June 2019, Pope Francis declared that Father Tolton lived a life of heroic virtue, giving him the title of “Venerable.”

The next step is beatification, which requires verification of a miracle attributed to the sainthood candidate’s intercession. In general, a second such miracle is needed for canonisation.

While Father Tolton died in Chicago in 1897, he requested to be buried in Quincy, which is in the Diocese of Springfield. He and his family had fled there after escaping slavery in nearby Missouri and it’s where he returned to minister after being ordained in Rome on Easter in 1886.

At the time his remains were exhumed, Chicago Auxiliary Bishop Joseph N. Perry, who is postulator of the priest’s cause, said two miracles were possible and had been sent to Rome, where they were being looked into.

“We received about 50 some testimonials of people from all over the country testifying to favours from God through (Father) Tolton’s intercession,” said Bishop Perry, one of the nation’s African American Catholic bishops.

“Remarkable things – everything from needed employment to illness in the family to all kinds of problems,” he told Chicago Catholic, the archdiocesan news outlet. “These people are really just excited about their prayers being answered because of him. He’s been pretty active up there, I think. He probably needs a secretary up there to handle all that has been put on his lap.”

In its April 14 report, KHQA-TV Channel 7 provided no details as to what the alleged miracles under investigation might entail.

In November, as part of celebrations for Black Catholic History Month, a grassroots effort emerged that called on Pope Francis to canonize Father Tolton and five other Black Catholics whose canonisation “causes” have been officially opened.

These other sainthood candidates are: Mother Mary Lange, founder of the Oblate Sisters of Providence; Sister Thea Bowman, the first African American member of the Franciscan Sisters of Perpetual Adoration; and Julia Greeley, known as the city of Denver’s “Angel of Charity” – all three of whom have the title “Servant of God; and Mother Henriette Delille, founder of the Sisters of the Holy Family, and Pierre Toussaint, both of whom have the title “Venerable.”

More about Father Tolton’s sainthood cause and Father Tolton Guild can be found at https://tolton.archchicago.org/the-cause.

Contributing to this story was Nate Tinner-Williams, co-founder and editor of Black Catholic Messenger