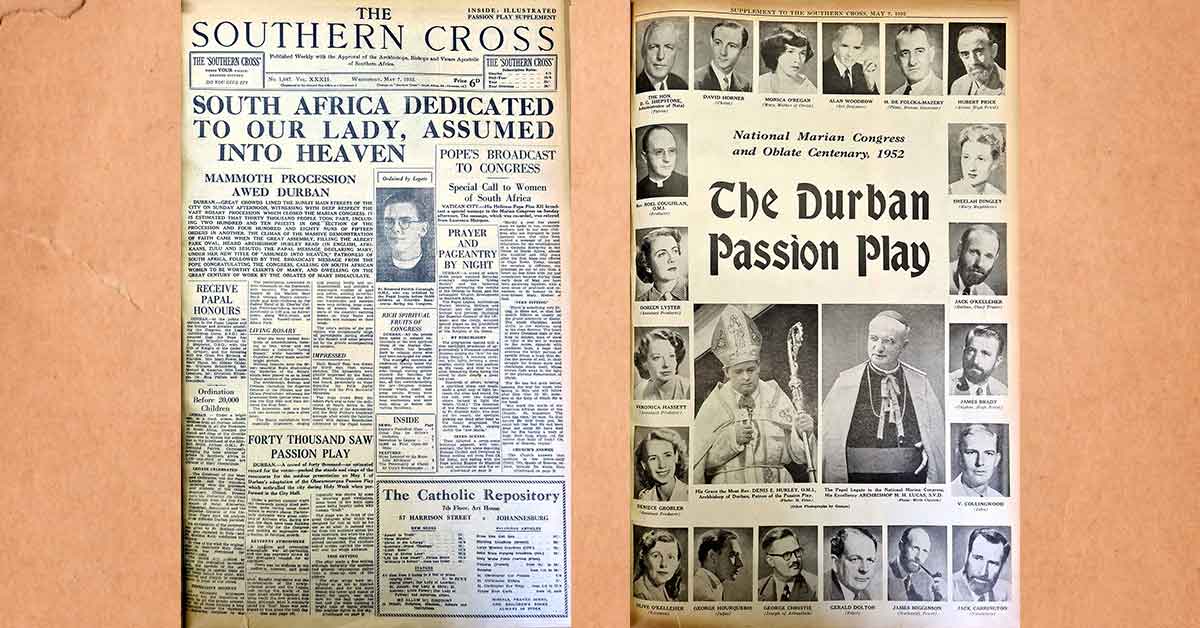 Some 30000 Catholics, including 210 priests and 480 nuns, took part in a rosary procession through Durban to close the Marian Congress, culminating with Mass at the Albert Park Oval. Pope Pius XII’s message declaring Mary Assumed Into Heaven as South Africa’s patroness, was broadcast at the Mass. The congress’ opening Mass at Greyville Racecourse was attended by 20000, who witnessed the ordination of Fr Patrick Cavanagh OMI. A Mass at the same venue, celebrated by the papal legate Archbishop Martin Lucas, was attended by 40 000.

At a reception in Durban’s City Hall for bishops and the papal legate, mayor Percy Osborn described the Marian Congress as “a masterly job which will be of lasting benefit” to the city and country. Leo Boyd, speaking on behalf of all laity, thanked Archbishop Denis Hurley for “this wonderful congress”.

Keeping up with modern technology. Pope Pius XII has received his first television set. [General TV programming in Italy would be launched only in January 1954].

The Catholic Church in South Africa, writes editor Fr Louis Stubbs, is still in the process of developing its own tradition. “Progress perhaps at times has been slow, but now with the erection of the Hierarchy the Catholic Church is firmly established in our country.”