Pray with the Pope: Let Young People be Filled with Faith 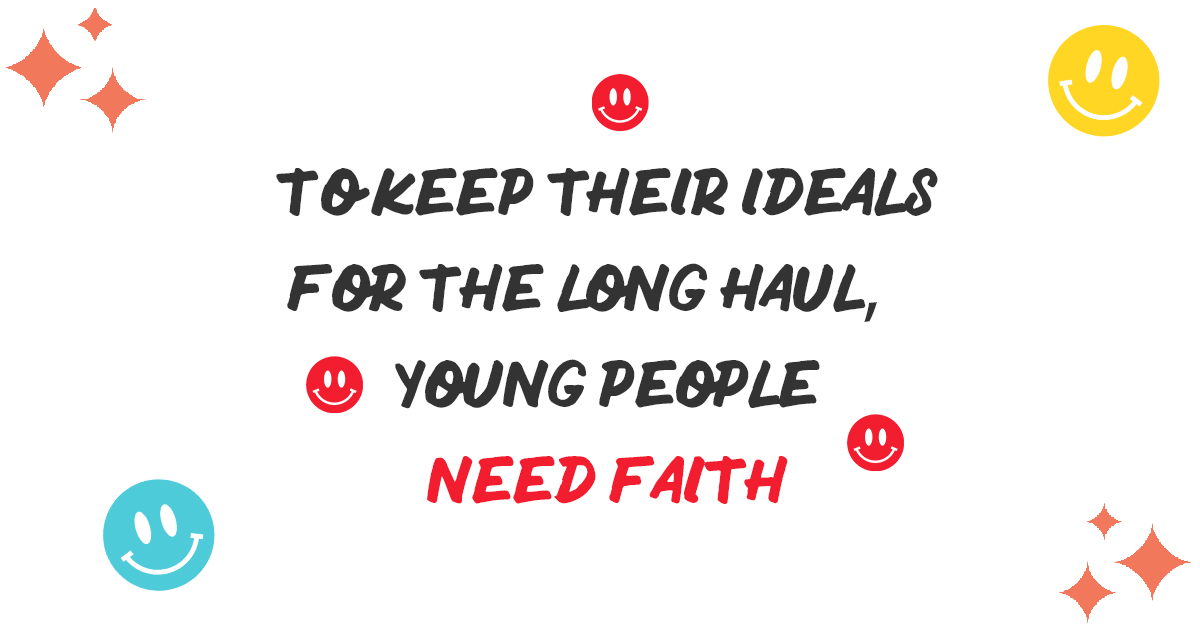 Intention: We pray for all young people, called to live life to the fullest; may they see in Mary’s life the way to listen, the depth of discernment, the courage that faith generates, and the dedication to service.

There is a time when we are young when we wonder how the older generation managed to make such a mess of things. If the elders would step aside, the younger generation thinks, and let us take over, we would solve the problems of the world. As they look at the situation in Ukraine, Yemen and in other disaster areas of the world, it is hard to blame them.

That wonderful, youthful confidence has taken a knock over the past two years, during which the aspirations and ambitions of young people have come up against the harsh reality of the pandemic, with its infernal capacity for frustrating the normal functioning of society.

What the elders hope is that, despite everything, the young will retain their idealism and energy as they move into adulthood. I teach and form seminarians. I hope that they will not become prey to cynicism as they get older and as the realities of life bear in upon them.

It is disappointing when idealistic young students end up as cynical maximisers of mammon. It is wonderful to behold when they keep faith with their ideals and dedicate themselves to a task that, even if it doesn’t transform the whole world, will make a significant difference.

Faith is the foundation

For this to happen, in order to keep their ideals for the long haul, they need more than just youthful energy and enthusiasm. They need faith — and not just faith in an idea or ideological system, but faith in someone who embodies their ideals and who can actually support and guide them.

They also need a community of like-minded and loving people with whom they can work to create the world and Church to which they aspire.

Faith in Jesus Christ is the foundation of such a life. This is different from a faith in, say, the teachings of Gandhi. For Jesus is risen, alive and among us, and he invites each Christian to accompany him in some way or other “on the road” with his companions. It is in this company that a young person can “live life to the fullest”.

On the path with Mary

Among that company, the young person will find the Lord’s mother, Mary, listening to the prayers of the faithful, helping us to “hold all things in our hearts”, giving us courage in the face of adversity, and helping us to live truly dedicated lives, focused on her Son.

World Youth Day, which will be held in Lisbon next year, is an event at which we see a large concentration of young people endeavouring to dedicate themselves to God’s service.

We should not let such events cause us to be complacent, however. It’s relatively easy to profess one’s faith with hundreds of thousands of others, plus the Holy Father, in a setting in which faith has temporarily occupied a secular space.

Not all young people are like those at World Youth Day — and even these still need to grow. As someone once said: “Faith is always a victory.”