Pope to Grandparents: Leave Grand-kids Your Legacy of Wisdom 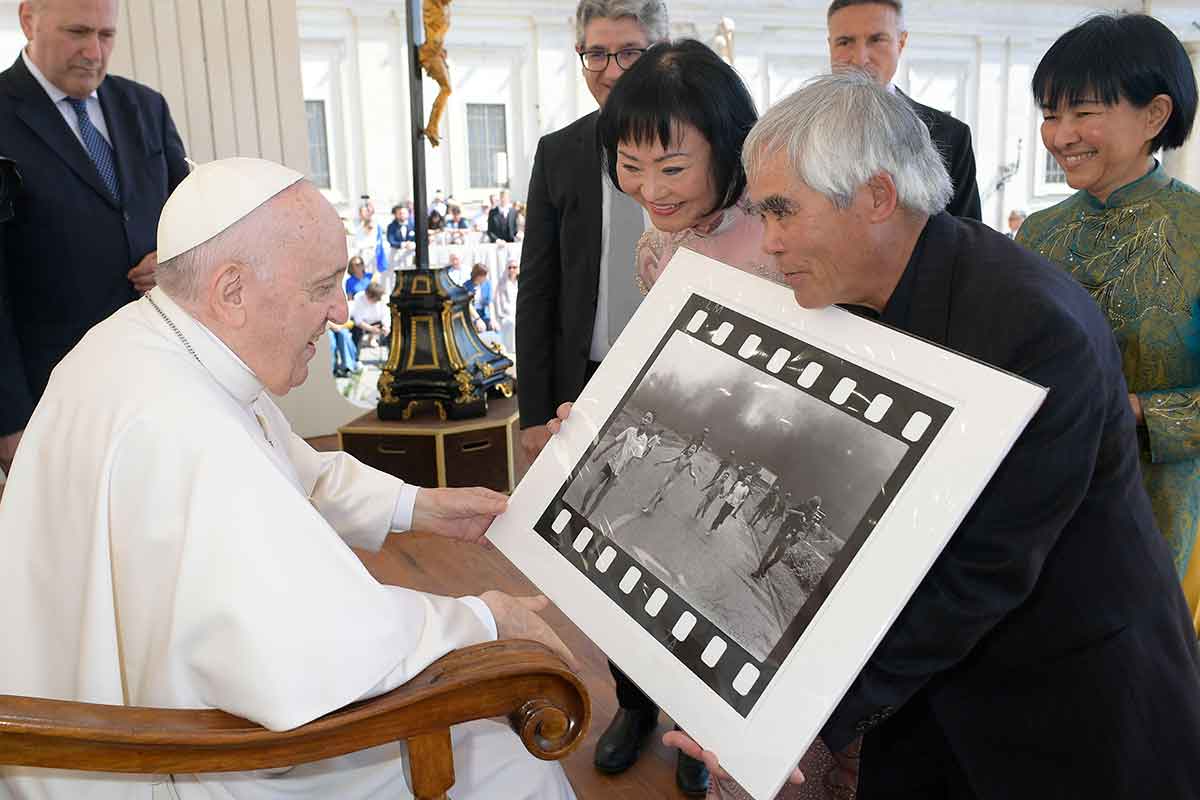 Vietnamese-American photographer Nick Ut gives Pope Francis a copy of his famous 1972 photograph “The Terror of War,” also known as the “Napalm Girl.” As a girl, Phan Thi Kim Phúc, left, was featured in the photograph. (CNS photo/Vatican Media)

By Carol Glatz – Pope Francis told older people to use retirement as a time to serve others and to sow the seeds of their wisdom.

When people retire, starting a new chapter in life requires “a creative attention, a new attention, a generous availability,” the pope said during his general audience in St Peter’s Square May 11.

“The previous skills of active life lose their constraint and become resources to be given away: teaching, advising, building, caring, listening … preferably in favour of the most disadvantaged who cannot afford any learning or who are abandoned in their loneliness,” he said.

Communities, he said, must understand “how to benefit from the talents and charisms of so many elderly people who are already retired, but who are a wealth to be treasured.”

The pope continued his series of talks dedicated to the meaning and value of “old age” and reflected on the biblical figure of Judith, a pious widow, who, as a young woman, “had won the esteem of the community with her courage” in killing the commander-in-chief of the threatening armies of Nebuchadnezzar.

With her heroism, she lived “to the fullest the mission the Lord had entrusted to her,” the pope said, and then, as an older widow with no children, she saw “it was time for her to leave the good legacy of wisdom, tenderness and gifts for her family and her community.”

When people reach retirement age, they usually can expect to have many years ahead of them, he said. They may wonder what they should do and ask, “how can I grow in authority, in holiness, in wisdom?” 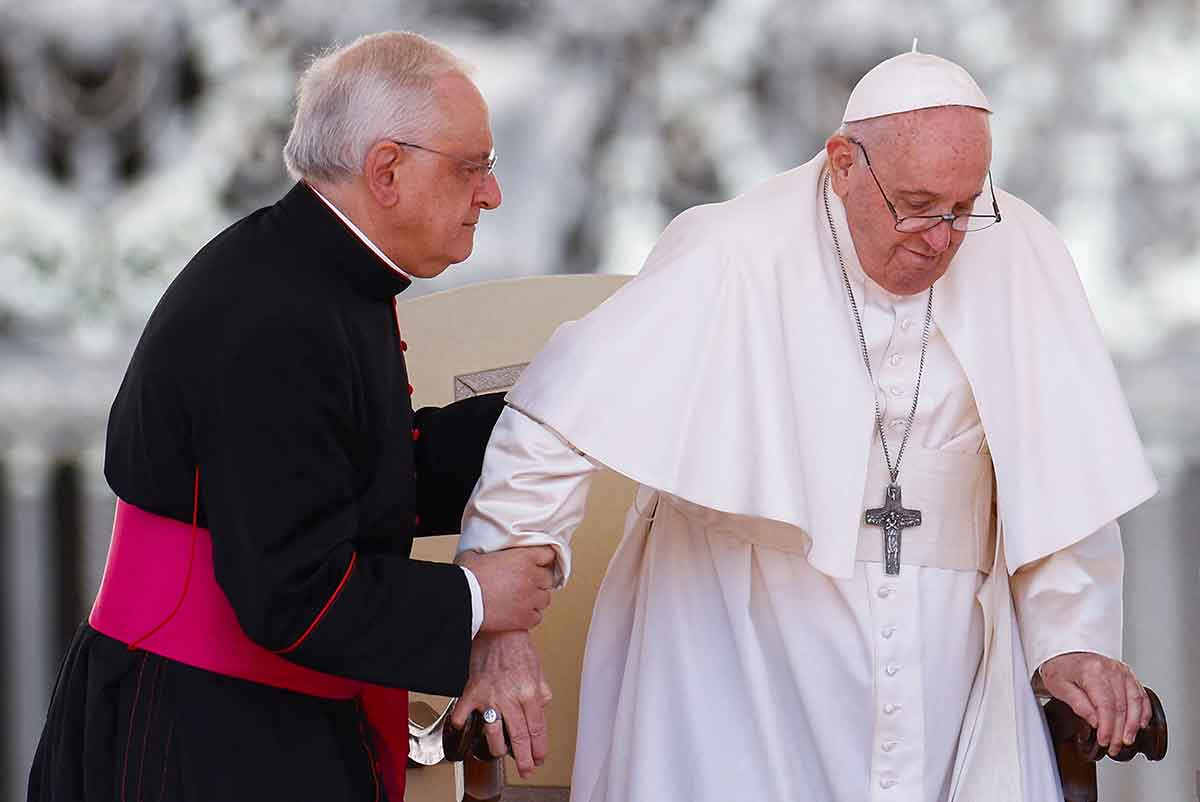 Pope Francis is assisted Msgr. Leonardo Sapienza, an official of the prefecture of the Papal Household, as he gets up from his chair during his general audience in St. Peter’s Square at the Vatican May 11, 2022. (CNS photo/Guglielmo Mangiapane, Reuters)

If there are grandchildren, there will be “the task, joyful and tiring,” of looking after them, he said.

“The little ones learn the power of tenderness and respect for frailty” from their grandparents, and grandparents learn that “tenderness and frailty are not solely signs of decline: for young people, they are conditions that humanise the future,” he said.

But sometimes family members live far apart, there are fewer children, and employment and housing conditions may be “unfavourable” to an intergenerational family, or families may not want grandparents to have an educational role or to do more than just help out when needed, he added.

With so many new demands on today’s families, he said, they must learn to “reshape the traditional connection between the generations” and make their “conditions more human, more loving, more just.”

The pope encouraged people read the Book of Judith to be inspired by her example. “Judith is not a pensioner who lives the emptiness it brings melancholically: she is a passionate mature woman who fills the time God gives her with gifts.”

“This is how I would like all our grandmothers to be: courageous, wise and who bequeath to us not money, but the legacy of wisdom, sown in their grandchildren,” he said.