Did Jesus Go to Hell? 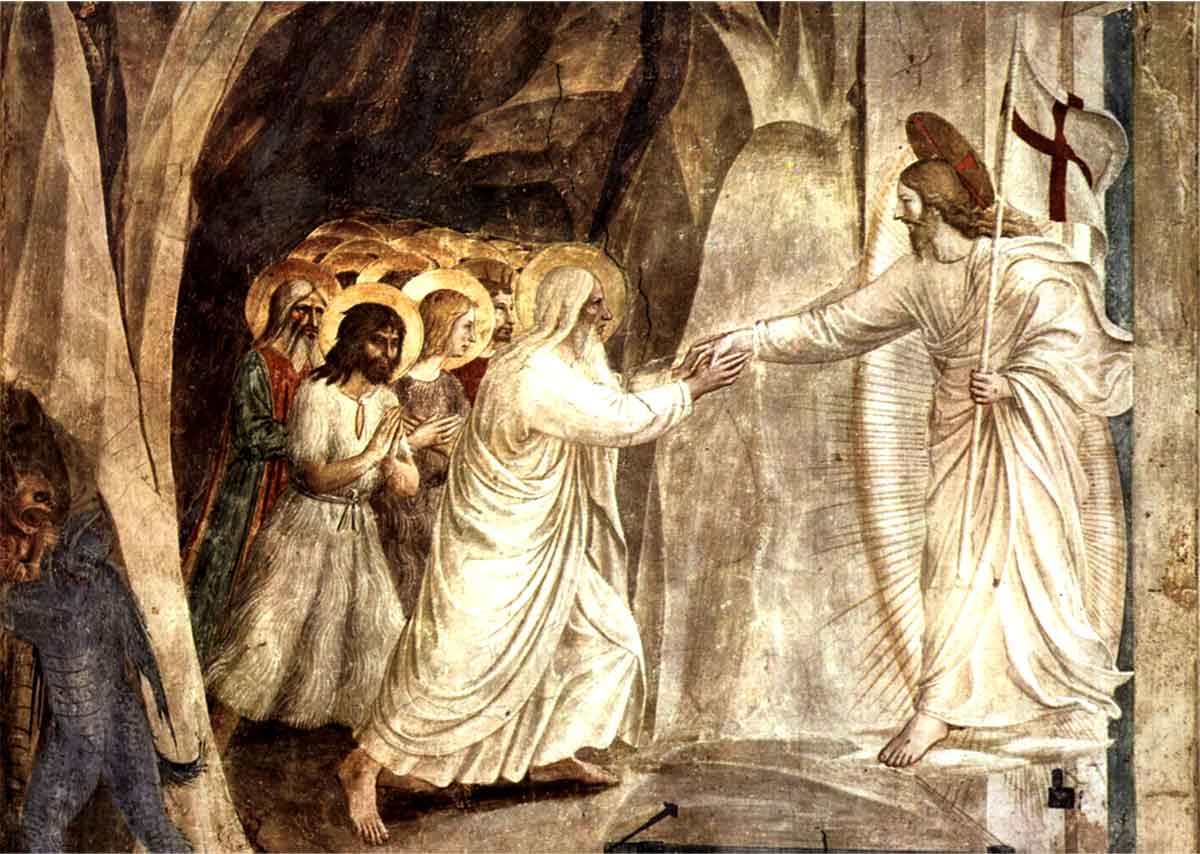 The Harrowing pained by Fra Angelico

QUESTION: In the Apostles’ Creed we say that Christ “descended into hell” before rising on the third day. How could the Son of God possibly descend to hell?

ANSWER: Hell is an English word of Germanic origin. Its earliest meaning was the underworld, the place that is home to the souls of the dead. The same place was called Hades in Greek mythology. The Hebrews termed it Sheol.

The concept of its being below the earth comes out more clearly in the Latin. In the Apostles’ Creed, “He descended into hell” is “Descendit ad inferos”, that is, he went down below or down to the grave (the word “inferior” is a variation of that word). It is unfortunate that the English text still uses the word “hell”, because hell is commonly understood to mean not the place where disembodied people go but where unrepentant sinners are punished for their evil lives. Nonetheless, the English text has preserved the word hell. Even the English Reformers did so. The result is the confusion that you find yourself in, because the meaning of words is not forever constant.

We believe that, before Christ’s resurrection, he went to the underworld of the dead. Why? To affirm that if he truly rose from the dead, he had to be dead in the first place.

This abode of the dead was not where good and evil souls dwelt contentedly on equal terms. In the parable of Lazarus and the rich man, the good souls are happy there whereas the bad souls are in agony. Lazarus is in “Abraham’s bosom” or paradise; the rich man is in torment — yet both are among the dead (Luke 16:19-31).

In descending among the dead, Christ presented himself to the souls in Abraham’s bosom as the Messiah, the one who had at last redeemed the living and the dead, and led them to salvation. St Peter described this by saying that in his spirit, Christ went to preach to the spirits in prison, referring to the righteous souls waiting in Abraham’s bosom (1 Peter 3:18) for him to do so.

Christ assured us that he had died, yet he now lives for ever and ever, holding the keys of death and of the underworld (Revelation 1:18). In other words, he is the one and only redeemer of the living and the dead, past, present and future.