The Eucharist is a Reminder that Christ Has Never Abandoned Us 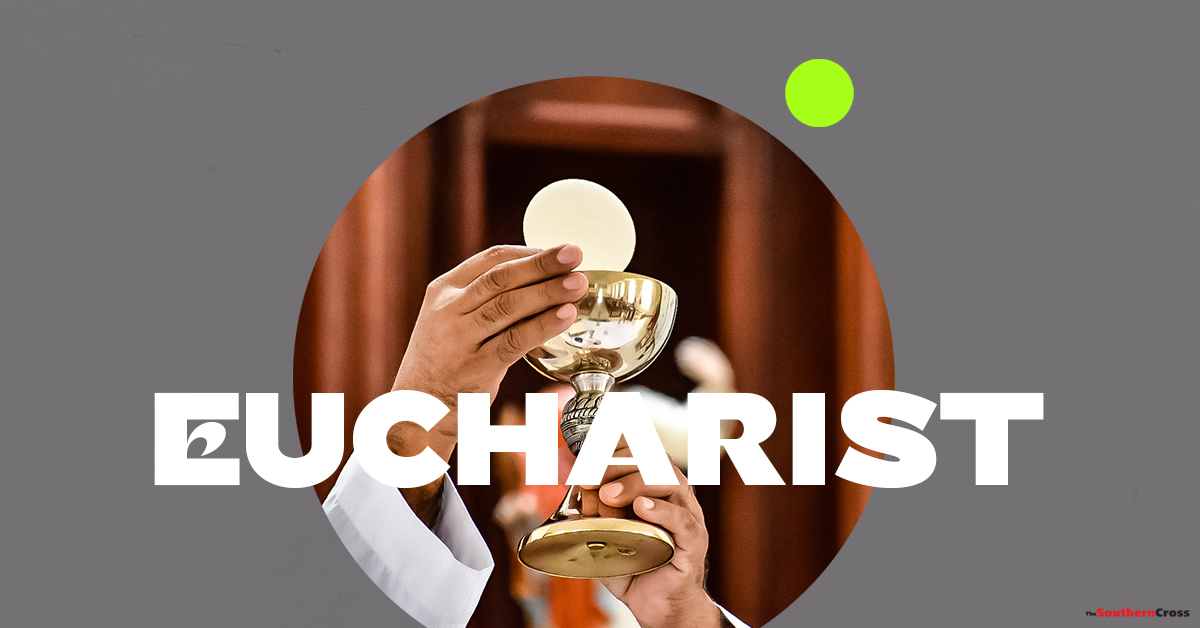 By CNS – In the Gospel reading for Ascension Sunday, St Luke recounts the moments before and after Christ rose to heaven to sit at the right hand of his Father. Jesus had his apostles with him, and “he led them out as far as Bethany, raised his hands, and blessed them. As he blessed them he parted from them and was taken up to heaven” (Luke 24:50-51).

One would think Jesus’ ascension would have caused his disciples much sorrow and anxiety. They had recently witnessed his brutal killing by crucifixion. For three days, they mourned his death, only to celebrate his miraculous resurrection on Easter. Weeks later, to see their Lord – their leader – leave them again so suddenly could have been a devastating blow not only to the apostles but to the early burgeoning church.

Clearly, it was not. St Luke writes that immediately after Christ ascended to heaven, the apostles “did him homage and then returned to Jerusalem with great joy” (Lk 24:52).

As Pope Francis noted in one of the first general audiences of his pontificate, on April 17, 2013, the fact that the apostles were filled “with great joy” after Jesus left them “seems to us a little odd.” He continued: “When we are separated from our relatives, from our friends, because of a definitive departure and, especially, death, there is usually a natural sadness in us since we will no longer see their face, no longer hear their voice, or enjoy their love, their presence. The evangelist instead emphasises the profound joy of the apostles. But how could this be? Precisely because, with the gaze of faith, they understand that although he has been removed from their sight, Jesus stays with them forever; he does not abandon them.”

Nor has he abandoned us.

St Pius X, who led the church shortly after the turn of the 20th century, said that “Holy Communion is the shortest and safest way to heaven.” He added: “There are others: innocence, but that is for little children; penance, but we are afraid of it; generous endurance of trials of life, but when they come we weep and ask to be delivered. The surest, easiest, shortest way is the Eucharist.”

A century later, Pope Benedict echoed his predecessor, writing in “Sacramentum Caritatis,” (“The Sacrament of Charity”), his 2007 apostolic exhortation “on the Eucharist as the source and summit of the church’s life and mission,” that “receiving the Eucharist means adoring him whom we receive. Only in this way do we become one with him, and are given, as it were, a foretaste of the beauty of the heavenly liturgy.”

And so, on Ascension Sunday, not only do we celebrate Christ’s entrance into heaven, but through our participation in the sacrament of the Eucharist, we are invited to join him there for eternity.

“The Eucharistic Revival is a reminder that Christ has never abandoned us” published online by Our Sunday Visitor, a national Catholic newsweekly based in Huntington, Indiana. It was written by the editorial board.