The Two Faces of the Madonna 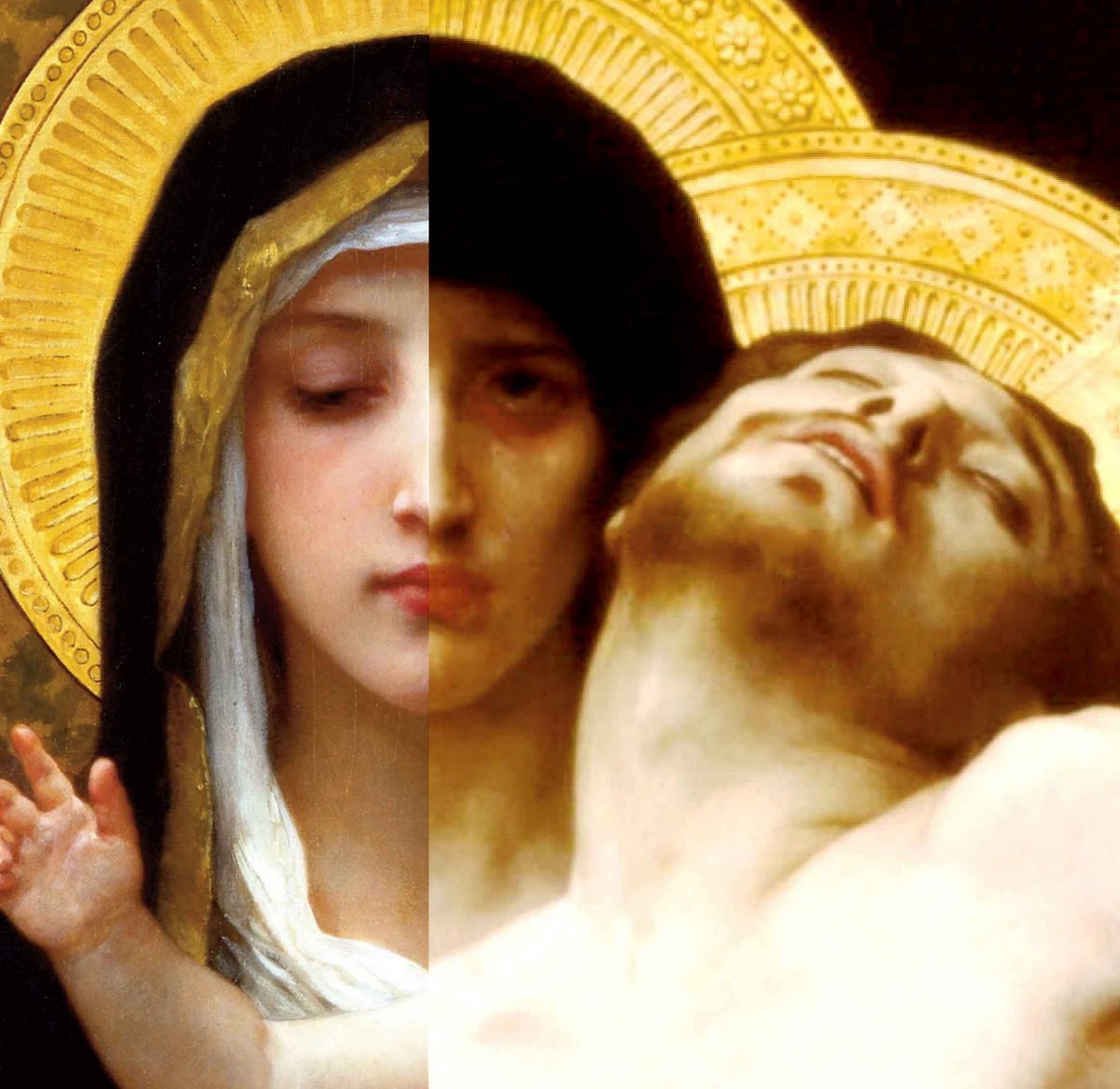 The French painter William-Adolphe Bouguereau created several artworks of the Blessed Virgin Mary with her Son. Two stand out for the stark contrast they provide: The serene Virgin of the Lilies and the grief-stricken mother holding her lifeless Son in the Pieta.

The faces of Mary holding her Son in these two paintings are of the same model, yet they are starkly different in this dual character study by William-Adolphe Bouguereau (1825-1905), a devout Catholic. The Pieta of 1876 (right) actually preceded the Madonna of the Lilies of 1898 by 22 years.

In the Madonna of the Lilies, Mary is serene and fresh-faced as she holds little Jesus. Like other Madonnas by Bouguereau, her cloak has regal gold trimmings as she presides on a throne, like the Queen of Heaven she would one day be titled.

Mary wears the same clothes in the Pieta, but without the gold trimmings. Surrounded by grieving angels, she is still holding her unclothed Son, but now he is dead and she doesn’t know that he will rise again. Where the Madonna of the Lilies is lowering her gaze in peace, the ashen face in the Pieta stares at us in exhausted terror and defiant anger: she has seen things no mother should see. The rings under her eyes testify to the abundance of tears she has shed. Mary’s grief echoes that of the painter, who the previous year had lost his own son.

Note the wine jug: Jesus’ public ministry, which led to his death on the cross, began when his mother told him to perform the miracle at Cana. It ended at the Last Supper when he distributed the wine as his blood.