Pope Hails Nun Killed in Haiti as a Martyr 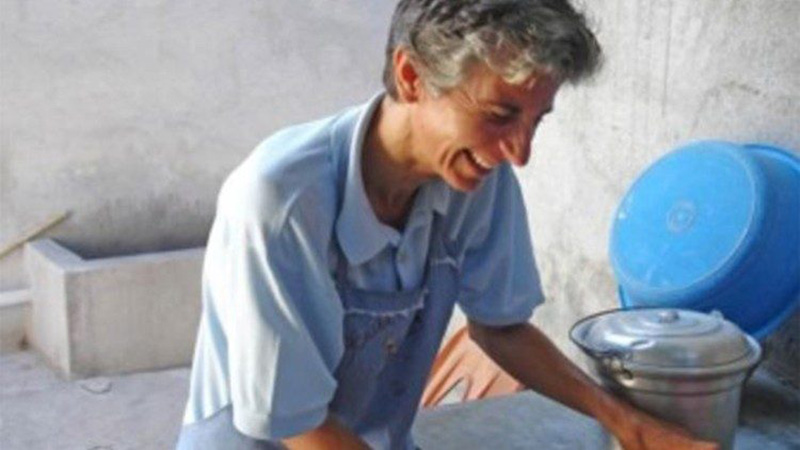 By Junno Arocho Esteves- Pope Francis praised the life and work of Sister Luisa Dell’Orto, an Italian missionary who was killed in Haiti, and hailed her as a martyr.

“Sister Luisa made a gift of her life to others to the point of martyrdom,” the pope said on June 26 after praying the Angelus prayer with pilgrims gathered in St. Peter’s Square.

According to the Archdiocese of Milan, Sister Luisa, a member of the Little Sisters of the Gospel of St Charles de Foucauld, was murdered June 25 during an attempted robbery in the Haitian capital, Port-au-Prince, where she lived for the past 20 years.

“Seriously wounded, she was rushed to Bernard Mevs Hospital, where she passed away shortly after, only two days before her 65th birthday,” the archdiocese said.

The pope expressed his closeness to Sister Luisa’s family and religious community and praised the slain nun’s dedication “to serving children on the streets” of Haiti.

“I entrust her soul to God, and I pray for the Haitian people, especially for the least, so they might have a more serene future, without misery and without violence,” Pope Francis said.

In a statement June 25, Archbishop Mario Delpini of Milan said that the nun’s death “leaves us heartbroken and distraught,” and he remembered “the good she accomplished and the holy life she lived.”

He also expressed the certainty that her death, “so similar to the death of St Charles de Foucauld and united to the death of Jesus, may be a seed of new life for the land of Haiti and for her entrance into glory,” he said.

Pope Francis also said he was concerned as violent protests throughout Ecuador led to the deaths of six people and the wounding of hundreds of others.

Expressing his closeness with the people of Ecuador, the pope urged “all parties to abandon violence and extreme positions.”

“We must learn,” the pope said. “Only through dialogue can we achieve – and I hope soon – social peace, with particular attention to marginalised populations and the poorest, but always respecting everyone’s rights and those of the country’s institutions.”