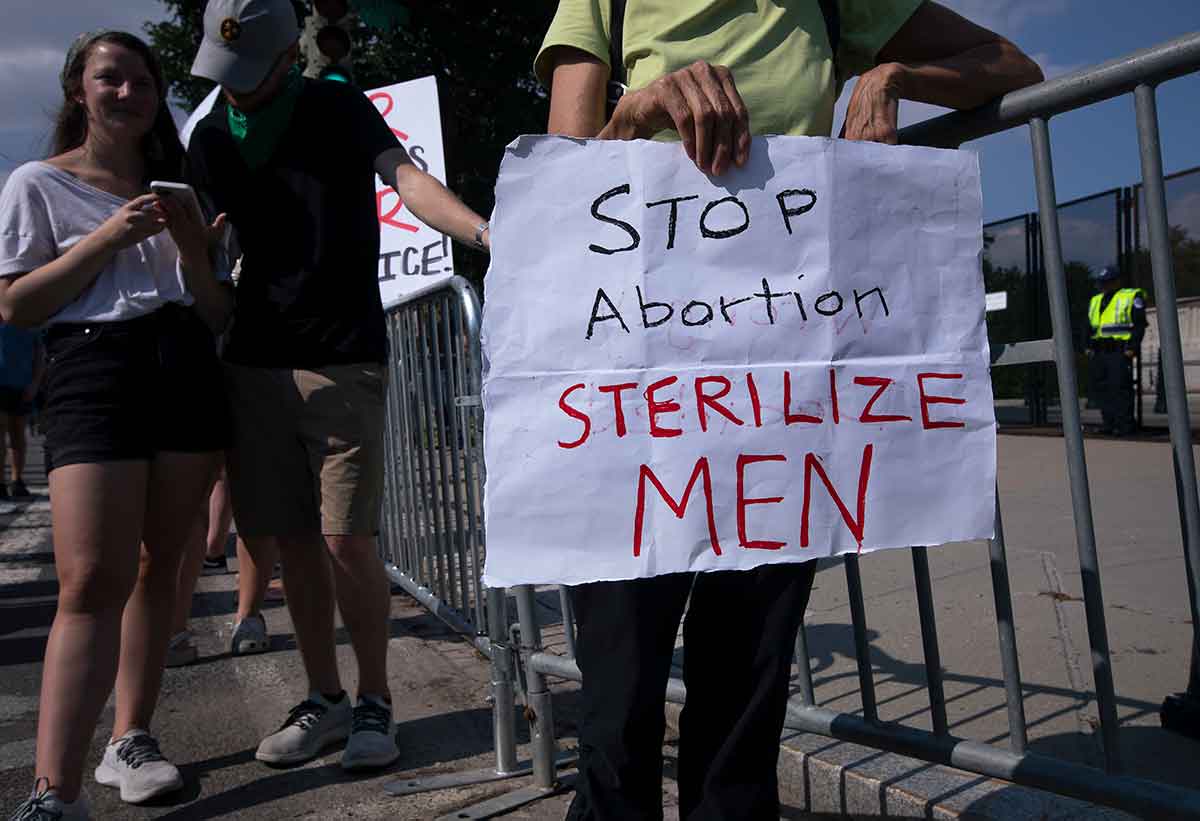 Abortion demonstrators are seen near the Supreme Court in Washington June 24, 2022, as the court overruled the landmark Roe v. Wade abortion decision in its ruling in the Dobbs case on a Mississippi law banning most abortions after 15 weeks. (CNS photo/Tyler Orsburn)

Those efforts should include finding ways to protect maternal health and lower the maternal death rate, assist poor women, provide or expand paid family leave and control access to guns in the country, said the piece written by Andrea Tornielli, editorial director at the Vatican Dicastery for Communication.

The Vatican published the editorial June 25, the day after the Supreme Court ruled that there is no constitutional right to abortion in the United States, giving individual states the power to legislate abortion.

Throughout his pontificate, the editorial said, Pope Francis has advocated for the protection of all human life, including the life of unborn children, “the most defenceless and innocent among us.”

“Nowadays, efforts are made to deny them their human dignity and to do with them whatever one pleases, taking their lives and passing laws preventing anyone from standing in the way of this,” the pope wrote in “The Joy of the Gospel,” his 2013 apostolic exhortation, which set out the vision and priorities for this pontificate.

The defence of unborn life “is closely linked to the defence of each and every other human right,” the pope wrote. “It involves the conviction that a human being is always sacred and inviolable, in any situation and at every stage of development.”

Tornielli wrote that “a serious and shared reflection on life and the protection of motherhood would require us to move away from the logic of opposing extremisms and the political polarisation that often – unfortunately – accompanies discussion on this issue, preventing true dialogue.” 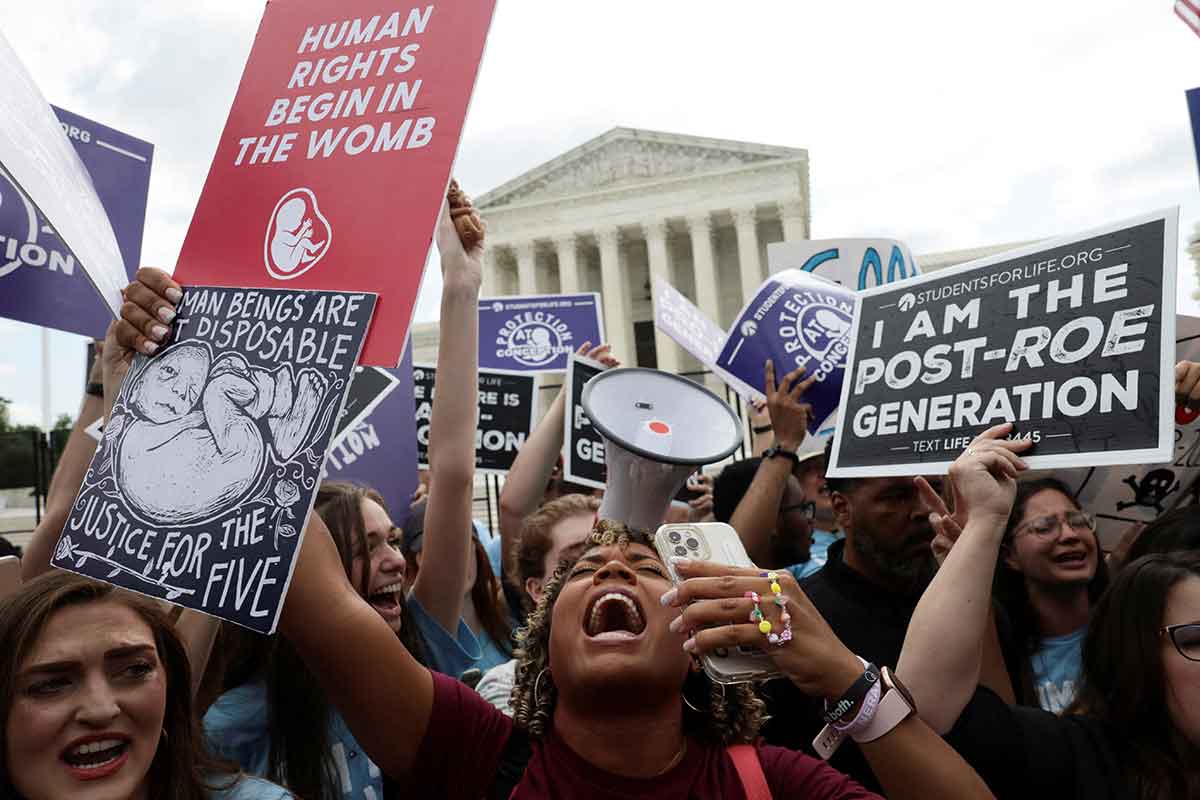 Pro-life demonstrators in Washington celebrate outside the Supreme Court June 24, 2022, as the court overruled the landmark Roe v. Wade abortion decision in its ruling in the Dobbs case on a Mississippi law banning most abortions after 15 weeks. (CNS photo/Evelyn Hockstein, Reuters)

Being pro-life also means helping pregnant women welcome new life, which requires a response to studies that show that in the United States “about 75% of women who have abortions live in poverty or have low wages.”

In addition, he noted, “16% of employees in private industry have access to paid parental leave, according to a study published in the Harvard Review of Psychiatry” in 2020. “Almost one in four new mothers who are not entitled to paid leave are forced to return to work within 10 days of giving birth.”

“Being for life always,” Tornielli wrote, “also means defending it against the threat of firearms, which unfortunately have become a leading cause of death of children and adolescents in the U.S.”

Tornielli expressed the hope that the debates following the court decision “will not be reduced to an ideological confrontation, but will prompt all of us — on both sides of the ocean – to reflect on what it means to welcome life, to defend it and to promote it with appropriate legislation.”