The Catechism is clear about what the Church teaches about sexuality: sexual activity is permissible exclusively within marriage between man and woman. Other types of sexual pursuits, such as non-conjugal relations, are proscribed. 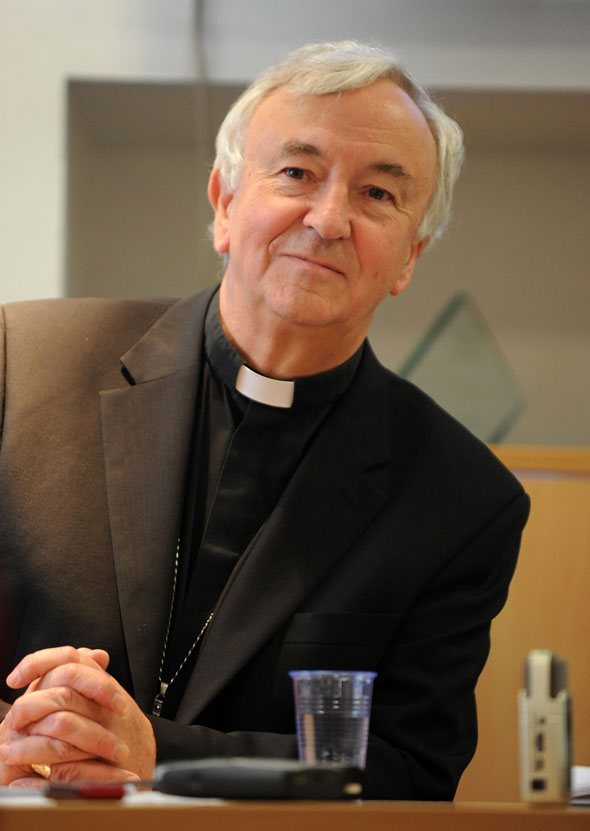 “In questions of sinfulness, few of us are ever qualified to throw the first stone.”

At the same time, the Catechism counsels that homosexuals may not be discriminated against: “They must be accepted with respect, compassion, and sensitivity. Every sign of unjust discrimination in their regard should be avoided” (2358).

The Body of Christ may not engage in homophobia, and our fidelity to the Catechism cannot be conditional on the fidelity to it by others.

There is also no profit in speculating about the sexual conduct of fellow Catholics who are homosexual. We cannot presume to know what happens behind the closed doors of homosexual Catholics, nor those of others, married or unmarried.

In questions of sinfulness, few of us are ever qualified to throw the first stone.

In that light, the decision by the archdiocese of Westminster, England, to discontinue fortnightly Masses as part of a pastoral care programme for homosexuals, reportedly under pressure from the Congregation for the Doctrine of the Faith, runs the risk of being understood as lacking in compassion and sensitivity.

It doubtless was a difficult decision for Archbishop Vincent Nichols. While he has been outspoken in his opposition to gay marriage, he has also been supportive of the pastoral care initiative for homosexuals in his archdiocese. In February 2012 he explicitly “reaffirmed the intention and purpose” of the programme, including the so-called Soho Masses.

The programme, which Archbishop Nichols in a statement on his decision described as being “motivated by an awareness of the difficulties and isolation [homosexuals] can experience and by the imperative of Christ’s love for all”, will continue, without special liturgical celebrations, at a Jesuit church in London.

The archbishop’s statement on the matter underpinned his decision with fair reasoning concerning the universality of the Catholic Mass. This, however, will not satisfy those who suspect that the decision was predicated not on points of liturgical life, but on prejudice against homosexuals.

In the public mind, the decision may very well undermine the Church’s assertion that its opposition to gay marriage is not driven by a rejection of homosexuals.

Indeed, it is difficult to see how the decision will not fundamentally weaken the Church in its efforts to present its position on same-sex unions to a British society in which even a Conservative prime minister sponsors the legislation of gay marriage.

The Church places a certain priority on the issue of homosexuality – sometimes clumsily so – because the drive to redefine marriage in Western countries seems inexorable. But in expressing its position on matters relating to homosexuality, the Church must always exercise great care that its words and actions do not give the appearance of being in conflict with the Catechism’s direction to accept homosexuals “with respect, compassion, and sensitivity”.

The robustly critical public reaction to Archbishop Nichols’ decision suggests that there is a perception of the Catholic Church as a homophobic institution. In the age of soundbites and Twitter, when perception and image tend to claim primacy over nuance, it is an image the Church can ill afford as it seeks to communicate its teachings, to the public and to the faithful.

Homosexuals remain among the world’s most vulnerable and stigmatised groups. Instead of taking actions and making statements which might be perceived to be marginalising homosexuals, the Church should be seen to be in solidarity with them on matters of unjust discrimination.

Alas, the Church’s outrage on issues of injustice, such as hate crimes against homosexuals or the intolerable anti-gay Bill in Uganda, has been largely muted.

The Church would be credited with much greater integrity on concerns such as gay marriage if it was seen to also stand in solidarity with homosexuals on issues of prejudice and bigotry, as the Catechism mandates.