Biography of Hymns: It Is Well With My Soul

GUNTHER SIMMERMACHERlooks at the history of the hymn It Is Well With My Soul.

The hymns we sing in church, one would think, were written in a spirit of the joy which the faith in the Lord infused in the writer. Not so with It Is Well With My Soul, which has its source in profound tragedy.

The words of the hymn (VIDEO HERE) were written by Horatio Spafford, with the music by Philip Bliss. It is Spafford’s story that is especially remarkable  unspeakably sad and yet also inspiring. 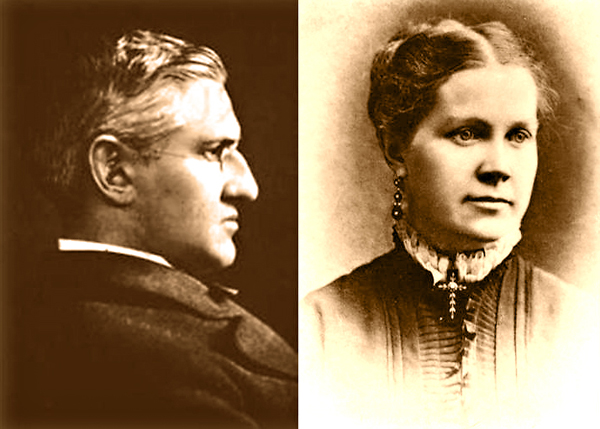 Horatio and Ann Spafford, who suffered great tragedy but found solace in God.

Spafford was born in New York state in 1828, but moved to Chicago to marry at the age of 33.

He and his Norwegian-born wife Anna, both Presbyterians, were prominent people in the social circles of Chicago in the 1860s. Horatio was a successful lawyer, and his friendship with the pioneering evangelist Dwight L Moody placed him at the centre of the city’s Christian life.

If the 1860s were good to the Spaffords, the 70s were cruel. In 1870 their only son died of scarlet fever at the age of four. In a patriarchal society, that was a big blow. No doubt, the Spaffords loved their four daughters dearly, but to lose a son  an heirafflicted the future.

Things didn’t improve. In early 1871, Spafford invested heavily in real estate, at a time when Chicago was rapidly expanding. The investment went up in smoke in October that year when a vast fire decimated the city. About 250 people died and 100,000 were left homeless as the inferno swept across 9 square kilometres, including most of the central business district  just where Spafford had bought most of his property.

The Great Chicago Fire ruined him financially, but Spafford bounced back well enough to plan a family trip to Europe on the ship Ville du Havre in 1873. 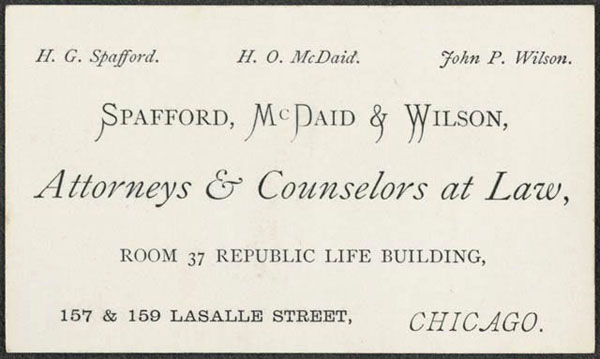 Horatio was unexpectedly held up by business relating to rezoning after the fire, so it was decided that wife Anna would go ahead with their daughters Tanetta, 11, Bessie, 9, Margaret Lee, 5, and two-year-old Annie. He would catch a later steamer and join them in Paris.

In the early hours of November 22 the Ville du Havre collided with a Scottish clipper, the Loch Earn, and sank within 12 minutes – 226 lives were lost, including that of all four girls. Among the 87 survivors was their mother.

Arriving in England, Anna sent a heartbreaking telegram to Horatio. The first words were: Saved alone. What shall I do? 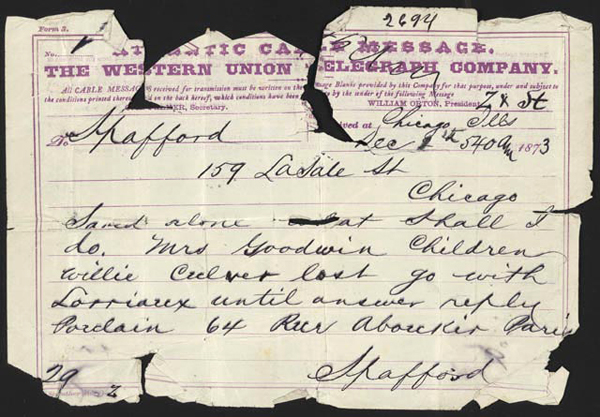 Naturally, Spafford set sail as soon as he could to join his grieving wife in England. When his ship came to the spot where the Ville du Havre sank  the watery grave of his daughters, three miles ddeep hewrote the words for It Is Well With My Soul.

When peace like a river, attendeth my way,
When sorrows like sea billows roll;
Whatever my lot,
Thou hast taught me to know,
It is well, it is well, with my soul.

The words were set to music by Philip Bliss, a gospel singer and composer from Chicago, whom Spafford knew through their association with Dwight Moody. Bliss named his composition Ville du Havre.

Bliss, too, came to a tragic end, just three years later, at the age of 38. On December 29, 1876, the Pacific Express train on which he and his wife were travelling crashed down a ravine when the bridge it was crossing collapsed. Bliss survived the impact, but when the carriages caught alight, he went inside one to retrieve his wife. Neither were seen again.

Things did not go better for the Spaffords. They produced three more children, a boy and two girls. Again, the only son died of scarlet fever, in 1880.

Their church was of no comfort. On the contrary, the Presbyterians held the Spaffords’ misfortune to be the result of divine punishment.

Unsurprisingly Horatio and Anna did not subscribe to that appalling brand of theology, and left the church to found a messianic movement which the press dubbed The Overcomers. In 1881 they emigrated to Jerusalem with a group of followers. 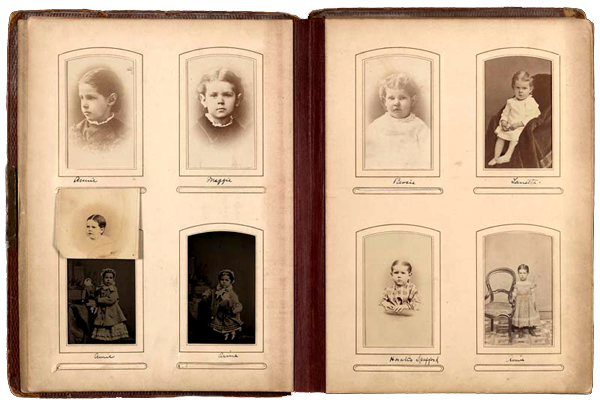 The Spaffords’ children, including the four daughters who drowned and two sons who died.

The Spaffords’ legacy in the Holy City is still evident: their group of 13 and three children founded what is known as the American Colony.

The idea was to set up a utopian society that fosters charity, coexistence and peace. Living in a commune, they did not proselytise and did philanthropic work which continued for decades after. The American Colony’s work in feeding the people of Jerusalem and beyond after a locust plague in 1915 and during World War I was immense.

By then Horatio had died, of malaria in 1888. Anna died in 1923 at the age of 81. After much tragedy, Horatio and Anna found solace in Jerusalem.

For me, be it Christ, be it Christ hence to live:
If Jordan above me shall roll,
No pain shall be mine, for in death as in life
Thou wilt whisper Thy peace to my soul.