Are we Prophets of Doom or Hope?

Everyone talks about our country’s lost moral compass. Our government keeps stumbling from one corruption scandal into another. 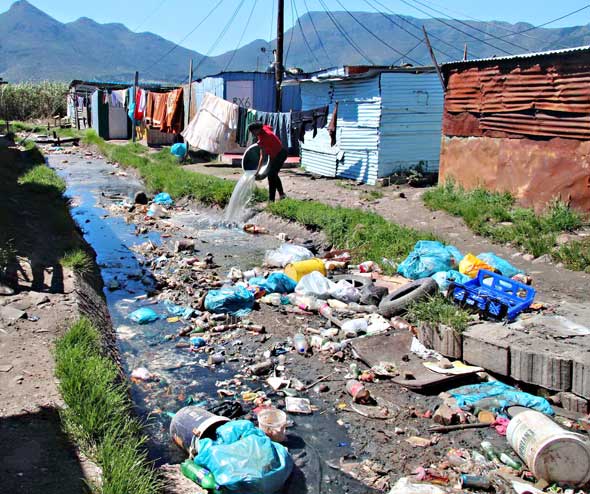 If it’s not Nkandla, it is a big toilet construction scandal in the Eastern Cape municipalities that involves senior officials of the ruling party’s family members, or the Free State awarding a total of 233 contracts worth R165,2 million to councillors, employees and their family members, according to the Auditor General.

Less talked about by our media, is the corruption in the private sector. About R150 billion leaves our continent annually through “illicit financial flows”, according to an African Union report.

The Alternative Information and Development Centre (AIDC) released a report titled “The Bermuda Connection”, which reveals that the platinum mining company Lonmin (of Marikana notoriety) has for years been moving hundreds of millions out of South Africa through the use of tax havens, transfer pricing and profit shifting.

According to the testimony filed in the High Court by Conrad Benn, De Beers, in coalition with the Swiss-based and Israeli-owned Steinmetz Group, “are working in collusion with [Levy] Rapoo (the chief executive of the diamond regulator) and stealing from the nation of South Africa” to undermine Section 74 of the Diamond Act, which stipulates that at least 40% of sales exceeding R5 billion must benefit local companies. Let’s say nothing of the FIFA bribe mess.

Meantime, we keep holding seminar after seminar, and conference after conference, aimed at tackling our ethical problems and finding a prosperous new way for the continent. All political parties talk about working for the poor.

I think we can safely say that we have reached a stage — observed by Livy during the reign of Augustus in the Roman era of early first century AD — where we can endure neither our vices nor the cures provided for them.

What, then, is to be done? We can indulge in prophecy of doom, or be agents of hope.

In biblical tradition, the prophet Jeremiah is usually misconstrued as one of the prophets of doom, but he actually was a prophet of hope.

Prophets of doom tend to be optimistic but not hopeful. Hopefulness is what comes after an authentic diagnosis of the situation; the courage to roll up one’s sleeves in the belief that if we all work together for the common good things shall change for the better, no matter how bad the situation seems to be.

Listen to Jeremiah writing to the Jews in Babylonian exile, while they sat wailing and crying next to the rivers of Babylon: “Build your houses, and dwell in them; and plant gardens, and eat the fruit of them…seek the peace of the city I have caused you to be carried away.”

Now contrast that with modern prophets of doom in our public space, who tell you to dust off your passports and pack your bags for Perth, because South Africa’s doom is imminent.

Jeremiah introduced an interesting thing into the history of the world, through the Jewish people in exile. He understood the difficulties of being a minority in a land where people do not share your values. He told them to be true to their God, YHWH, who is universal and accessible anywhere (this was not so obvious then because of the association of God with the tabernacle) — to be loyal to their respective countries, economically and politically, while being true to their faith and a blessing to others regardless of their faith.

With this he established the universal nature of Jewish culture. He made them into creative minorities, born of adversity; a critical culture of internal agent-provocateur to world empires (governments), preferring prophets over kings, even if it stoned them sometimes. In death, kings lose power, but the influence of prophets is spread by their death.

When the influence of Christendom decreased in the West, the Church, in particular Pope Benedict XVI, picked up on this and pointed to the universal Church as the “Creative Minority” of the world, in accordance with the New Testament.

As a Creative Minority the Church now has a duty to sustain the universality of truth while being true to the Judeo-Christian God.

It is easy to be a prophet of doom. In fact, the failure of South African minorities has always been in opting for the Cassandra role of condemnation whenever the situation was not under their control. They have always refused to assimilate if assimilation was not on their terms.

They prefer to be captors than being captives: politically, economically and culturally. Hence they never find peace near the rivers of Babylon that Jeremiah preaches.